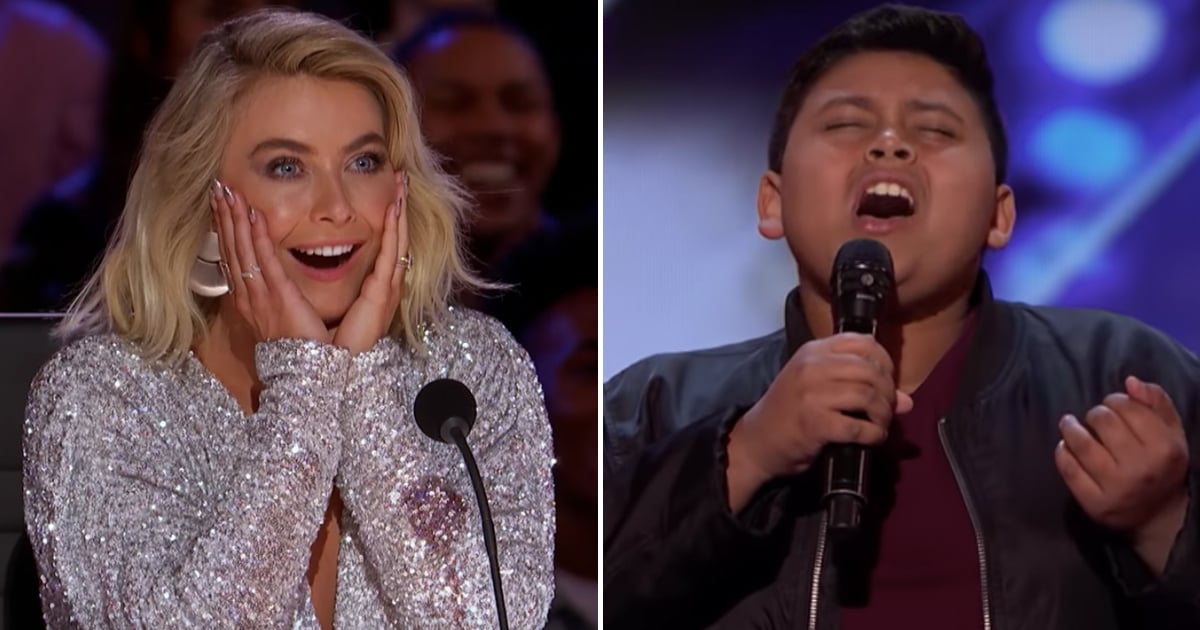 Luke Islam is one step closer to his Broadway dream after a very successful America’s Got Talent audition. During Tuesday night’s episode, the 12-year-old from New York participated in the show’s final round of auditions and brought judges Simon Cowell, Gabrielle Union, Julianne Hough, and Howie Mandel to their feet — resulting in a coveted golden buzzer from his favorite judge, Hough.

Before his season 14 audition, Islam explained his special relationship with Broadway shows. He enters lotteries every weekend, with hopes that he’ll be able to see a show live with his parents. His love of the theater, song, and dance led him to the AGT stage and to meet Hough, his hero. Islam’s beautiful rendition of “She Used to Be Mine” from the musical Waitress impressed Hough and the audience so much, his performance was greeted with a standing ovation.

“I’m extremely flattered that you would even look up to my brother and I with a voice like that, with an energy like that, because you have such talent and grace. You have something so special,” Hough said, through tears of her own. She gave Islam the ultimate sign of approval and slammed the golden buzzer, causing the famous confetti to fall.

Watch Islam’s incredible performance in full above. After such an emotional audition, Islam is definitely one to watch this season.