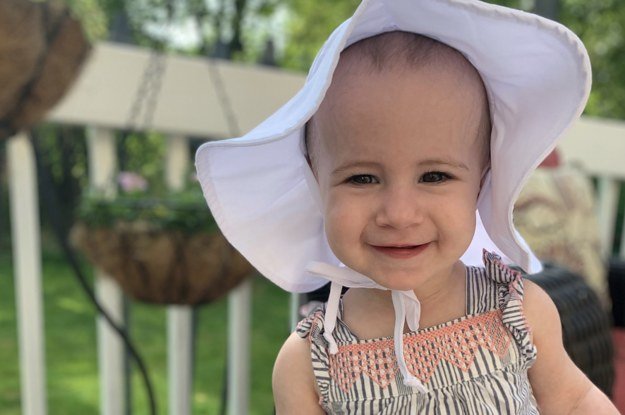 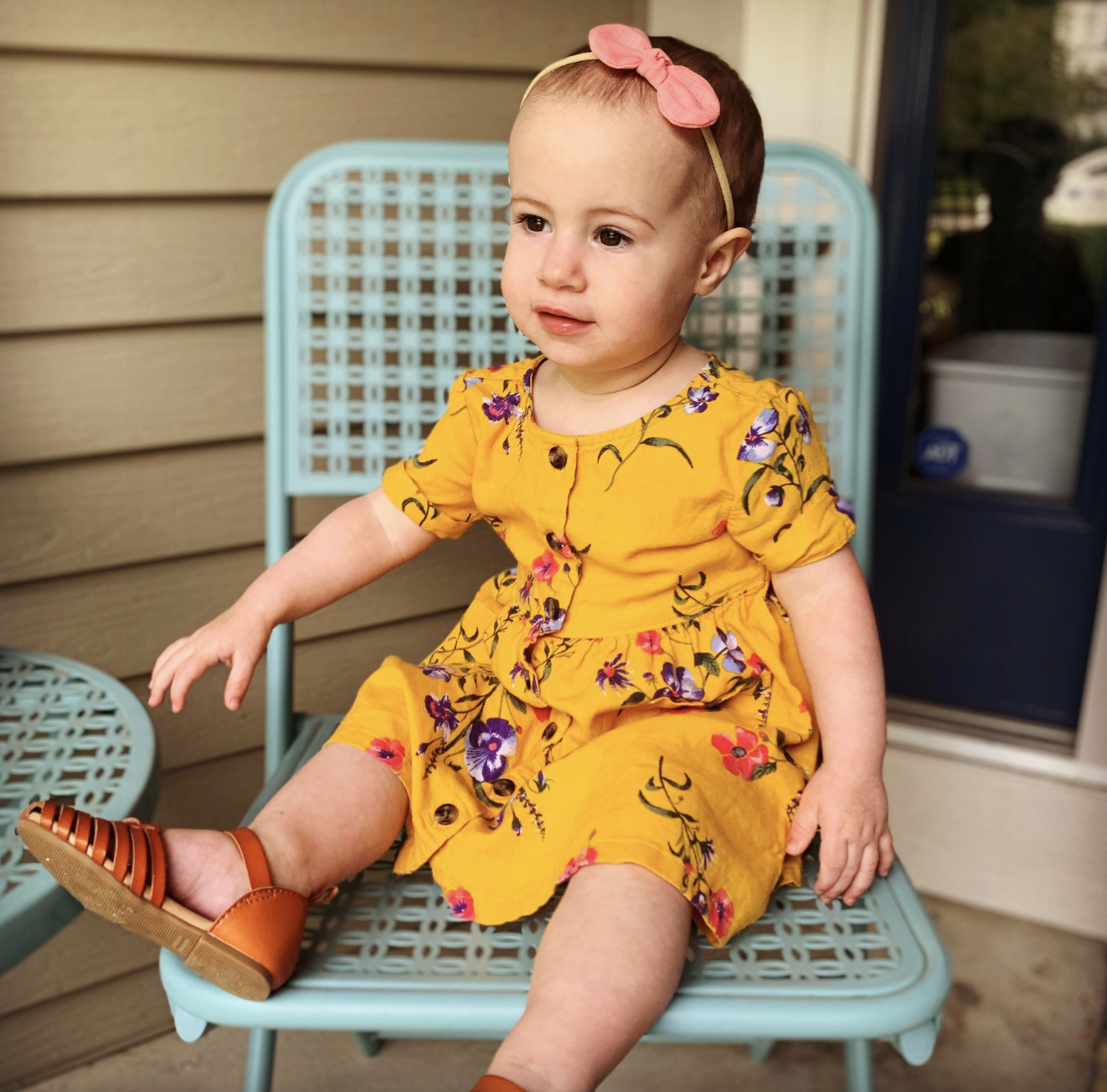 Puerto Rican authorities say they have not ruled out charging family members in the death of an 18-month-old Indiana girl who slipped from her grandfather’s hands and through a Royal Caribbean cruise ship’s 11th floor window on Sunday.

The toddler, Chloe Wiegand, and her family were aboard the Freedom of the Seas cruise liner while it was docked in San Juan when the girl somehow plunged through a large, open window and onto the concrete dock below while she was spending time with her grandfather, Sam Anello.

Chloe had traveled to San Juan from Granger, Indiana, with her parents, siblings, and four grandparents for a Caribbean vacation. Her father, Alan Wiegand, is an officer with the South Bend Police Department, which expressed its condolences in a statement on Monday.

Witnesses told Telemundo PR that they heard the family’s horrified screams as the toddler fell from the ship.

Puerto Rican officials have given varying accounts of what led to the toddler’s sudden fall. In their initial statement, authorities said that Chloe accidentally slipped from Anello’s arms, falling off the deck as the ship prepared to leave.

But on Tuesday, authorities said they were working to determine if charges would be brought against the family over the girl’s death.

“Prosecutors interviewed the family today and they will now determine if there will be charges,” Kiara Hernandez, a spokesperson with the Department of Public Safety, told BuzzFeed News.

Port Authority spokesman José Carmona told CNN that Chloe and Anello were playing in a dining hall on the 11th floor deck when her grandfather picked her up, held her in the window, and then lost his balance.

Chloe’s family, however, is pushing back on the narrative that Anello was irresponsibly “dangling” the little girl and are blaming Royal Caribbean for leaving a large window open in the children’s area of the ship.

During a press conference on Tuesday, Michael Winkleman, the Wiegand’s attorney, said that Chloe’s grandfather put her on the railing to bang on the window glass because she loved doing that at her brother’s hockey games in Indiana.

This is not “like the Michael Jackson story, where he was dangling the child out the window,” he said. 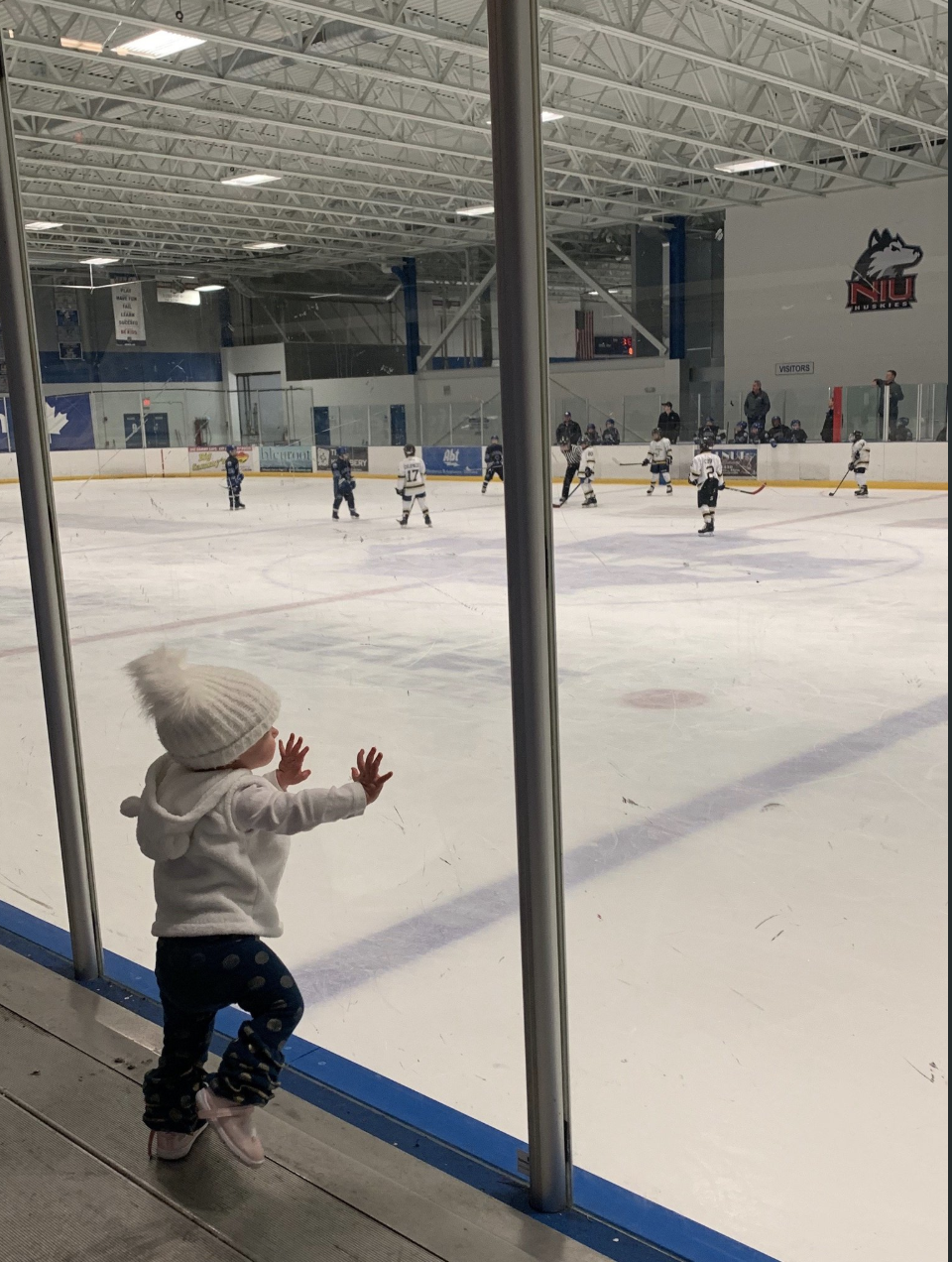 Chloe at one of her brother’s hockey games.

The two were in “the water park area on the ship, which is designed for the kids,” when Anello lifted Chloe up onto the wooden railing so she could see out, Winkleman said.

“He thinks that there is glass there because it’s clear, but it turns out there was no glass there,” he said. “She goes to bang on the glass like she would have at one of those hockey rinks, and the next thing you know, she’s gone.”

Chloe adored standing by glass and windows so she could see what was going on, according to her family’s attorney, who said the girl’s grandfather is still in disbelief and recounted the moment “through tears.”

“He literally thought there was glass there,” Winkleman said, emphasizing that “there was absolutely no alcohol involved, Sam is not a drinker.”

The attorney blasted the ship’s staff for not properly securing the large “wall of windows,” leaving it vulnerable to passengers opening them on their own accord, calling the girl’s death a “preventable tragedy.”

On Monday, Royal Caribbean said in a statement it is cooperating with the investigation and have made their “Care Team available to assist the family with any resources they need.”

“We are deeply saddened by yesterday’s tragic incident, and our hearts go out to the family,” the company said. “Out of respect for their privacy, we do not plan to comment further on the incident. No further details were released. The investigation is ongoing.”

Owen Torres, a Royal Caribbean spokesperson, told BuzzFeed News on Tuesday that the company is “assisting local authorities in San Juan, PR, as they make inquiries” and don’t have any additional information to share at this time.

Chloe’s family has been in Puerto Rico since the accident, waiting until they can take her body home, their attorney said.

The Bureau of Forensic Sciences said that it completed an autopsy at 10:39 a.m. Tuesday and “the body was delivered to the funeral home chosen by the family.”