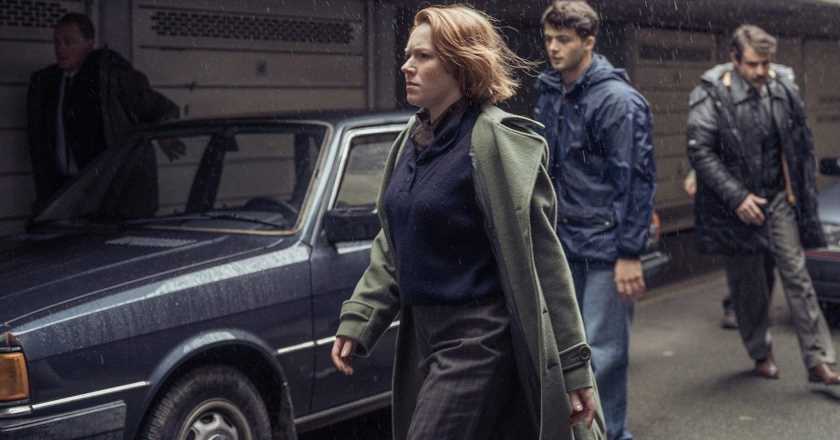 The Gold brings us the “crime of the Century,” told across six glorious episodes.

If you’re looking for a new BBC drama to get stuck into, then you’re in luck: the Beeb is dipping its toes into the world of true crime (or true crime-adjacent stories, anyway) with its new six-part series, The Gold.

Here’s what you need to know.

What’s The Gold about?

Inspired by the iconic true story of the Brink’s-Mat robbery, The Gold details how a “typical Old Kent Road armed robbery” led to a whopping £26 million of gold bullion being swiped from a London depot.

It was a seminal event in British criminal history, remarkable not only for the scale of the theft, at the time the biggest in world history, but for its wider legacy. Because, as per the BBC’s official synopsis, the “disposal of the bullion caused the birth of large-scale international money laundering, provided the dirty money that helped fuel the London Docklands property boom, united blue and white collar criminals, and left controversy and murder in its wake.”

Watch the trailer for The Gold below:

Who stars in The Gold?

The Gold has one of the most impressive cast of actors we’ve seen in a while: think Hugh Bonneville, Jack Lowden, Dominic Cooper, and Charlotte Spencer.

Throw in the likes of Tom Cullen, Emun Elliott, Sean Harris, Ellora Torchia, and Stefanie Martini, and you have one hell of a talented roster.

What are people saying about The Gold?

Written by Guilt’s Neil Forsyth, and directed by Academy Award-winning Aneil Karia, the BBC has promised that this series will serve as a “pulsating dramatisation” of real-life events.

“The fact that we have assembled such a talented and exciting ensemble cast is testament to Neil’s incisive interrogation of one of the most infamous robberies in British history and the remarkable events which came in its wake,” says Tommy Bulfin, BBC commissioning editor.

“And to have the brilliant Aneil Karia join fresh from his Oscar win is the icing on the cake. The BBC One audience are in for a real treat when this hits the screen.”

Executive producer Ben Farrell, meanwhile, says: “Tannadice Pictures are excited to be working on their debut drama with such an incredible ensemble cast alongside the BBC and Paramount+ to tell, for the first time, the full, immersive, thrilling story of the Brink’s-Mat gold crime.”

And Kate Laffey, co-Managing director of VIS (aka Paramount’s international studio division), says: “The Gold is a captivating story of one of the most remarkable events in British Criminal history, and we look forward to bringing this story to life for Paramount+ and BBC audiences around the world.”

When can we watch The Gold?

The Gold is coming soon to BBC One and iPlayer.

We will bring you more details just as soon as we get them.