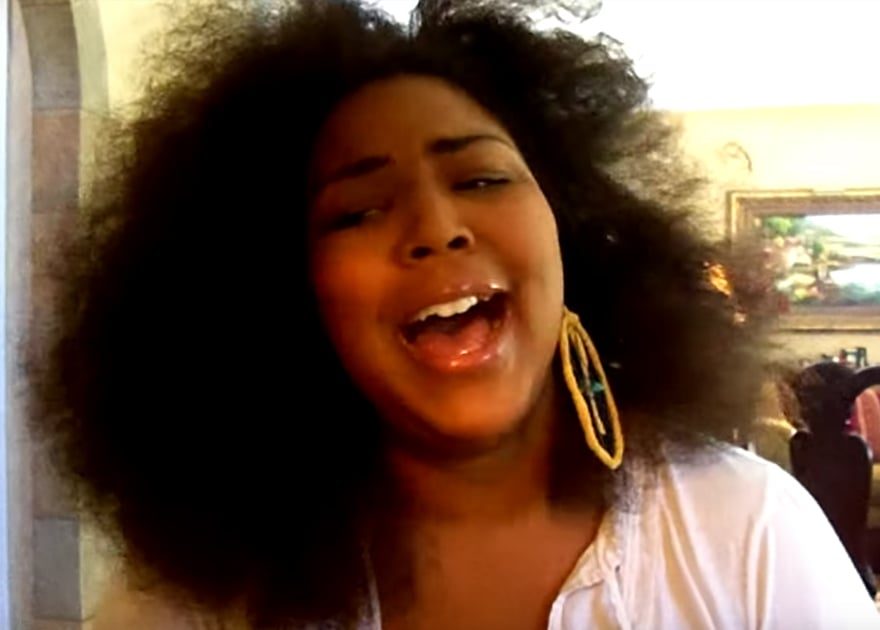 Turn it up! If you thought you loved all of Lizzo’s songs now, then you have to see her 2011 cover of Adele’s “Someone Like You.” That’s right: before she became the mood-boosting queen, Lizzo used to upload song covers to her YouTube channel lizzomusic. At only 23-years-old, Lizzo managed to give a soulful cover of the Adele hit, while also (unknowingly) giving us a glimpse at where her singing career got its start.

The acoustics might not be the best, and she does have to take a second to remember one of the lyrics at one point, but her vocals and piano playing speak for themselves. “Hey! Bored & playing around with music again,” Lizzo captioned the video. “Found the chords and decided to have some fun. Thanks for watching!” No, Lizzo, thank YOU.

She’s definitely come a long way since her YouTube days, but it’s always nice to look back at where it all began. Check out all of Lizzo’s greatest covers ahead — including a 2010 flute cover of Alicia Keys’s “Empire State of Mind”!