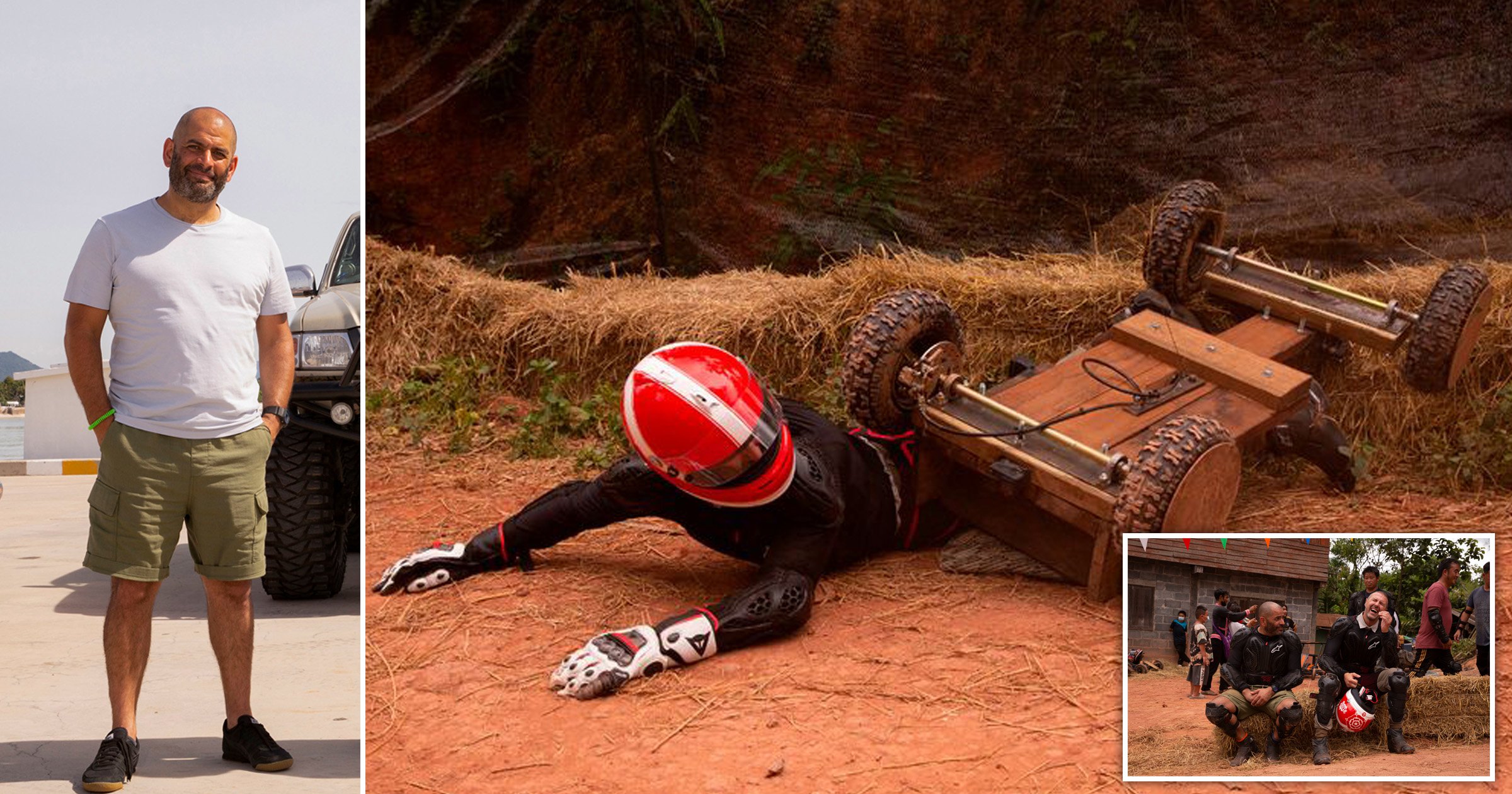 Chris Harris will have to undergo surgery on his hand after a stunt went wrong while filming for Top Gear.

The presenter, 47, has been left ‘banged up’ after racing co-host Paddy McGuinness, 49, in a traditional Hmong race in Thailand in June while filming for the BBC One show.

On this weekend’s episode, Chris and Paddy will be seen racing down a hill in wooden go-karts, wearing body armour and helmets, before Chris crashed ‘hard’ after losing control of his vehicle.

Paddy told the Daily Mirror: ‘He’s still banged up. His right hand is still not right. When he holds up his hand, I’m not sure if it’s his finger or thumb, but one of them points the other way.’

He added: ‘He will have to have an operation.’

Chris explained: ‘This is as grass roots as motorsport gets. The steering is by foot, the only fuel is gravity and the machines themselves are, let’s say, sustainably sourced.’

Viewers will get to see the accident on Sunday’s show, but Paddy admitted that the footage doesn’t give an accurate impression of just how fast Chris was hurtling down the hill.

‘When Chris came off, he was going at a fair speed and he hit that ground hard,’ Paddy revealed.

‘There are no engines – there wasn’t even really a brake. When you finish, you think, “I’m glad we could walk away.” Chris got off lightly with that.’

In the clip, Chris can be heard screaming that he has lost the ability to steer and had ‘absolutely no control’ of the go-kart before sliding along the dirt road and rolling over.

After landing, he is also heard complaining that his hand ‘really hurts’ after landing on it in the crash.

Top Gear airs on Sunday at 8pm on BBC One.