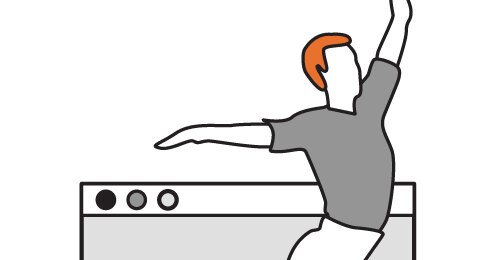 Here is a sampling of the week’s events and how to tune in (all times are Eastern). Note that events are subject to change after publication.

Watch Shakespeare’s “Julius Caesar,” produced by the Oregon Shakespeare Festival, a theater company in Ashland, Ore. This 2017 performance of the play, directed by Shana Cooper and featuring Armando Durán in the title role, is part of the organization’s virtual spring season. Tickets cost $15, and the show is available to stream through March 27.

Stream the film “35 Shots of Rum,” the final installment of the “Paris on Film” series hosted by the French Institute Alliance Française, which has been spotlighting cinema shot in the French capital. Directed by Claire Denis and starring Alex Descas, Mati Diop and Nicole Dogué, the movie follows a close-knit father-daughter duo who must learn to navigate change and separation. The film will be presented with English subtitles, and is available to stream through March 29. Tickets are $6.99.

Check out a performance by the American Ballet Theater at the New York City Center. The program will feature the company’s dancers, including Aran Bell, Skylar Brandt and Patrick Frenette, in works by Alexei Ratmansky, a choreographer and the company’s artist in residence. The prerecorded performance will include the world premiere of Ratmansky’s new work, “Bernstein in a Bubble,” which was created this year by artists in a quarantine bubble. At intermission, there will be a conversation between Ratmansky and Linda Murray, the curator of the Jerome Robbins Dance Division at the New York Public Library. Tickets to this event, presented by the American Ballet Theater, New York City Center and Nel Shelby Productions, are $25. The performance will be available for streaming through April 18 after the premiere.

Learn about the role of art on public transportation in a talk with Sandra Bloodworth, the director of the Metropolitan Transportation Authority Arts & Design program. Ms. Bloodworth, who has led the program for 24 years, will be in conversation with Peter Drake, the provost of the New York Academy of Art, whose art is featured at the Massapequa station of the Long Island Rail Road in New York. This event, which is hosted by the art academy, is free. Registration is required, and attendance is capped at 500.

Listen to a conversation between the writer Christine Smallwood and Dayna Tortorici and Charles Petersen, editors of the literary magazine n+1. Ms. Smallwood will discuss her debut novel, “The Life of the Mind,” which is adapted from the short story “The Keeper” published in the magazine. This event, presented by n+1, is free, but registration is required. Attendance is capped at 500.

Dive in to a discussion on protecting and restoring Earth’s oceans, presented by The New York Times. Moderated by the Times journalist Henry Fountain and featuring speakers like Alexandra Cousteau, an ocean advocate, and Enric Sala, a marine ecologist and a National Geographic explorer in residence, the conversation will tackle topics such as how governments and individuals can take collective responsibility in areas without a national government, and how best to ease the strain of carbon emissions on these parts of the biosphere. This live discussion, which is part of The Times’s “Netting Zero” virtual event series on climate change, is free to attend, but registration is required.

Craft confections with the James Beard award–nominated pastry chef Zoe Kanan. In the class, presented by the Temple Emanu-El Streicker Center, Ms. Kanan will teach viewers how to make a vegan, no-churn, spiced peanut-date ice cream, a cardamom and lemon macaroon tart and a twist on her grandmother’s chocolate lace cookies with matzo meal and sunflower seed. This event, which is part of a four-day Passover cooking series, is free to attend, but registration is required.

Tune in to the Mandala Makers Festival, an annual event that celebrates multidisciplinary South Asian artists. The evening will begin with a performance by Anvita Hariharan, who will play Carnatic music, a genre from southern India, on saxophone, accompanied by the mridangam drum. Ms. Hariharan will be followed by the Grammy Award nominee Priya Darshini on vocals and Max ZT on hammered dulcimer. Tickets are free, and donations are encouraged.

Celebrate the first night of Passover with your little ones by listening to “K’ilu Kits: Passover Adventure.” This interactive audio play, which is intended for children 3 to 8, teaches kids about the holiday through games, storytelling materials and a kid-friendly Haggadah, the prayer book that guides celebrants through the Seder dinner. A kit of materials is available to download for $18.

Step inside a historically restored New York City tenement apartment, with a virtual tour from the Tenement Museum, which explores the ways that immigration and migration have shaped the American identity. Through oral histories, video interviews, images and a 360-degree view of the apartment, participants will learn about the Saez Velez family, who lived there after moving to Manhattan from Puerto Rico in the 1960s. Attendance is capped at 100, and the museum hosts virtual tours of various apartments Tuesdays through Sundays. Tickets cost $10.