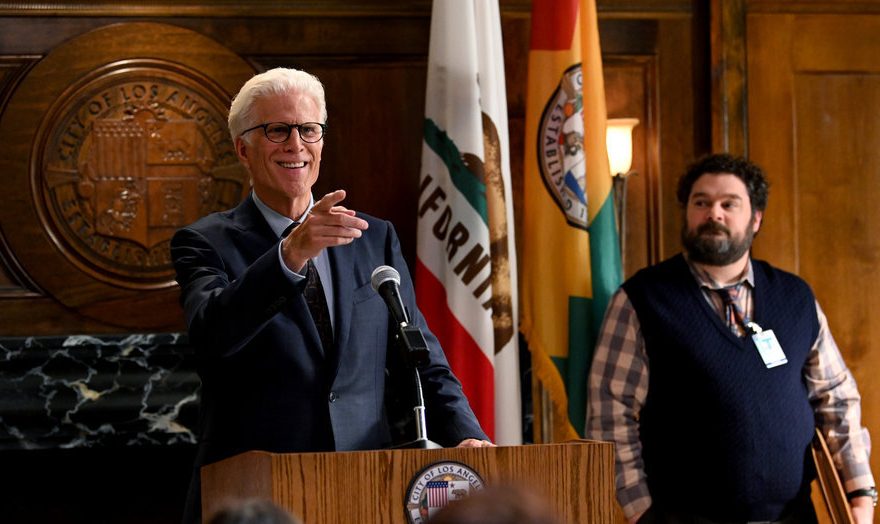 Between network, cable and streaming, the modern television landscape is a vast one. Here are some of the shows, specials and movies coming to TV this week, Jan. 4-9. Details and times are subject to change.

30 COINS 9 p.m. on HBO. The Spanish filmmaker Álex de la Iglesia has blended the humorous and the horrific in movies like “Witching & Bitching” and “The Last Circus.” His latest project, the TV series “30 Coins,” is pure horror. It follows an exorcist (Eduard Fernández) who is sent by the church to serve as a priest in a remote Spanish village. He soon discovers that the town is a petri dish for the paranormal. 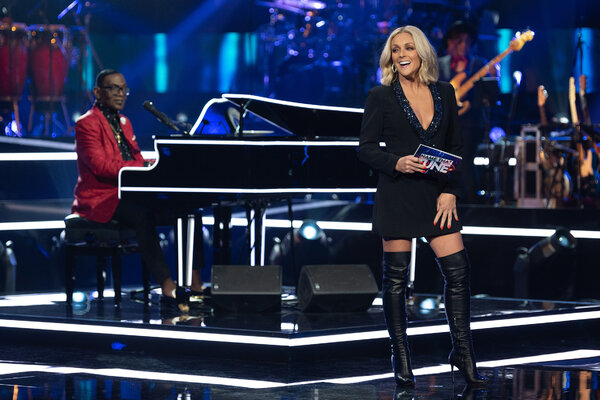 NAME THAT TUNE 9 p.m. on Fox. “Name That Tune,” a competition show created in the early 1950s and rebooted in the ’70s and ’80s, challenged contestants to identify songs played by musicians onstage — sometimes using only a few notes. This reboot of the series, hosted by the actress Jane Krakowski (“30 Rock”) with a band led by Randy Jackson, is an opportunity to grill competitors on the decades of music that have been released since the show was last produced.

DEATH ON THE NILE (1978) 8 p.m. on TCM. Kenneth Branagh’s new adaptation of the Agatha Christie mystery novel “Death on the Nile” was slated hit theaters this holiday season. It was delayed, so we’ll have to wait to find out how it compares to the 1978 adaptation, whose cast included Peter Ustinov, Bette Davis, Mia Farrow and Angela Lansbury. Branagh should hope his version compares favorably to the ’70s adaptation: In a review for The New York Times, Hilton Kramer called it “a big expensive, star‐studded bore.”

MR. MAYOR 8 p.m. on NBC. A year after “The Good Place” wrapped up, Ted Danson returns to the NBC sitcom realm in “Mr. Mayor,” a comedy series created by Tina Fey and Robert Carlock. Danson plays Neil Bremer, a businessman who runs for mayor of Los Angeles. When he wins, he has to juggle the demands of his job (Holly Hunter and Bobby Moynihan play members of his staff) while navigating a sometimes strained relationship with his teenage daughter (Kyla Kenedy).

FRONTLINE: A THOUSAND CUTS 9 p.m. on PBS (check local listings). The documentary filmmaker Ramona S. Diaz (“Don’t Stop Believin’: Everyman’s Journey”) looks at attempts by President Rodrigo Duterte of the Philippines to devalue the press. To do that, Diaz follows efforts by the journalist Maria Ressa (who founded the news site Rappler) to cover the abuses of Duterte’s presidency — an undertaking that puts Ressa and her fellow journalists in danger. The result is “absorbing and multipronged,” and “a kaleidoscopic dissection of how information courses through the country,” Ben Kenigsberg wrote in his review for The New York Times. “It illustrates social media’s capacity to deceive and to entrench political power.”

THE KING OF STATEN ISLAND (2020) 8 p.m. on HBO. The “Saturday Night Live” star Pete Davidson filters his own back story through Judd Apatow’s lens in this comedy-drama. Davidson plays Scott, a couch-bound 24-year-old who lives with his mother, Margie (Marisa Tomei), on Staten Island. Scott’s father, a firefighter, has been dead for over a decade and a half — a loss that Scott is still grappling with. (Davidson’s own father, who was a firefighter, died responding to the terrorist attacks of Sept. 11, 2001.) Scott is forced to reckon with his father’s death and his own mental health after Margie takes up with a new boyfriend (played by Bill Burr).

TIGER 9 p.m. on HBO. Tiger Woods’s career is famously full of peaks and valleys, so it makes sense that this HBO documentary about him runs three hours. Interviewees include Woods’s former caddie Steve Williams and other golf figures like the English player Nick Faldo. The first part debuts Sunday night; the second airs Jan. 17. The Times critic Mike Hale predicted that the documentary will be compared to ESPN’s 2020 hit “The Last Dance,” about Michael Jordan and the Chicago Bulls, but that “Woods’s story is more tragic and more complicated.”

THE CIRCUS 8 p.m. on Showtime. When this political documentary series debuted in 2016, it offered a behind-the-scenes look at presidential campaigns. James Poniewozik, in a review for The Times, likened it to a reality show: The series, he wrote, is “a document and an example of the superficiality of today’s elections.” Its fifth season, which covered the 2020 election cycle, ended in November; the sixth season debuts Sunday, in the wake of the Georgia Senate runoffs.

ALL CREATURES GREAT AND SMALL 9 p.m. on PBS (check local listings). If you’re looking for an escape, skip “The Circus” and instead spend your Sunday evening with actual animals — including prim dogs and horses — in this new TV adaptation of the James Herriot book “If Only They Could Talk.” The show follows a trio of veterinarians working in rural England in the 1930s.