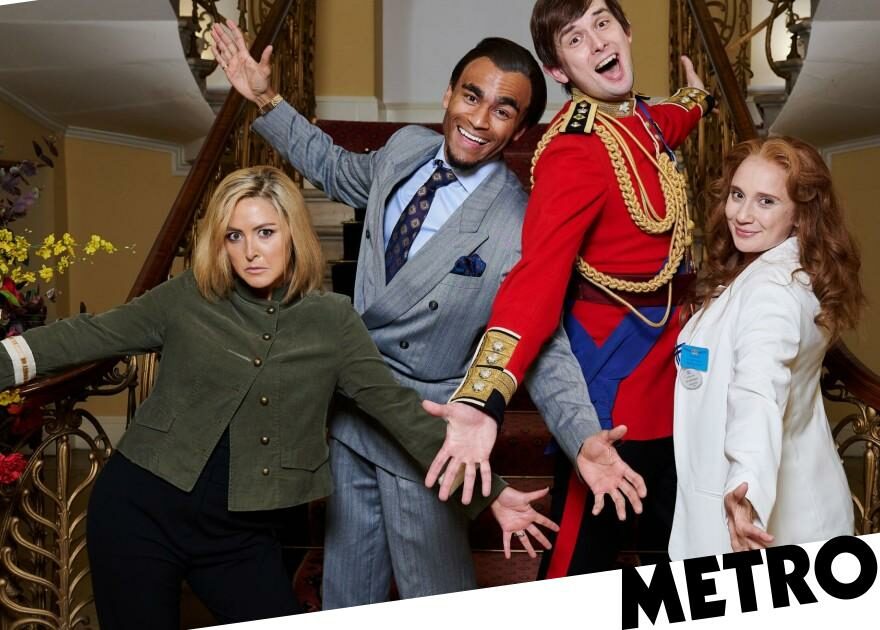 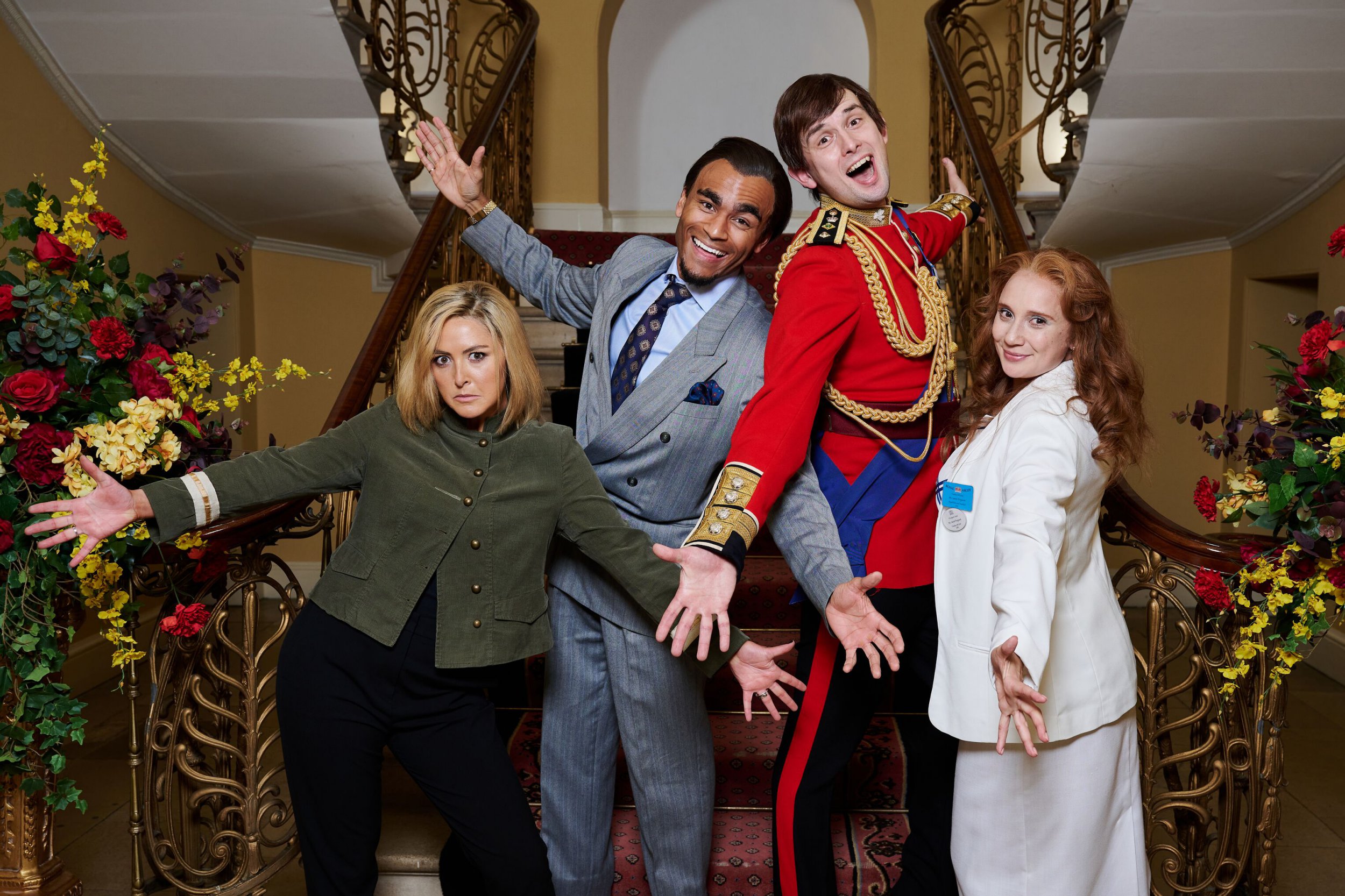 Making a musical about Prince Andrew’s fall from grace is one of the most unexpected shows to come out of this year.

Despite the very serious nature of the allegations against him, there was still some humour to be had when he tried to claim he couldn’t sweat and used visits to Pizza Express as an alibi and in that trainwreck interview with Emily Maitlis.

The infamous 2019 Newsnight special on the BBC is the starting point for the Channel 4 royal comedy, set to be an all-singing, all-dancing reimagining of just what happened after that disastrous chat.

Written by Kieran Hodgson, who also stars as Andrew, the hour-long special follows his life up until that point, including his ‘Randy Andy’ phase and the eventual directive from Buckingham Palace that he should suspend his public duties for the ‘foreseeable future’.

As the synopsis reads: ‘With seven hilarious original musical numbers and revealing archive footage, the Duke of York’s downfall gets a West End-style treatment, as Andrew goes from ’80s war hero to present-day royal outcast amid damaging allegations and an ill-advised Newsnight interview.’

The trailer was released last week, just as the Royals were probably breathing a sigh of relief as the coverage of the Prince Harry and Meghan Markle documentary died down.

While this special takes on events that the Royals would likely rather forget, just who are the actors tasked with bringing this sordid tale to screen?

Comedian Kieran is in the hot seat as Andrew, a role that might spur some interesting reactions once the special goes to air.

It was in 2014 that Kieran had his first solo show at the Edinburgh Festival Fringe, which told the story of a GCSE French exchange trip.

Subsequent shows included Lance, which centred on his childhood hero Lance Armstrong, the disgraced cyclist and 75, in which he impersonated politicians whilst using the 1975 referendum to comment on Brexit.

In the years since, he’s also starred in We’re Doomed! The Dad’s Army Story, The Lentil Sorters and Two Doors Down.

But when it came to tackling this topic, Kieran said he wanted to explore ‘the trajectory of decline and fall from a high starting point’.

‘The decisions Andrew has made are his own decisions, the mess he has got into is a very particular one. However, I think it is a bizarre and monstrous fate to be born in the royal family, to have your whole perception of the world and your place in it warped from the very start,’ he told The Times.

He added it was not a upbringing he ‘in any way’ envied.

With public reaction on the fact the musical has even been made quite mixed before it has even aired, Kieran has admitted he is ‘quite scared’ of the ‘very strong reactions’ sure to come.

Although he was limited by legal restraints when writing it, he said he wanted the project to be a ‘light-hearted’ comedy.

Actor and comedian Emma plays accomplished journalist Emily, who famously didn’t let up during her interview with Andrew and drew him on his links with convinced paedophile Jeffrey Epstein.

It was in this interview that Andrew even said that he didn’t regret their friendship.

The pair also spoke about allegations that Andrew had sex with a then underage Virginia Giuffre in 2001, which he denied, claiming he had instead been at home with his daughters after attending a party at Pizza Express in Woking.

He also made the claims that he could not sweat, saying it was a result of an ‘adrenaline overdose’ during Falklands War.

It was this interview that played a part in Andrew resigning from royal duties soon after.

Best known for her role as Kate alongside her real-life roommate Rose Matafeo in Starstruck, Emma has also appeared in Pls Life, Drunk History, Ghosts, and La Princesa de Woking.

However, she’s admitted her initial thought when being offered this part was considering just how ‘controversial’ it could be.

‘I was quite nervous to watch it in terms of “How will this actually go?”,’ she told The Independent.

‘There were moments when you’re laughing and then you actually gasp a little bit.

‘There’s no messing around with that tone.’

Making comedy sketches that went viral during the pandemic, Munya has poked fun at Matt Hancock, Boris Johnson and Piers Morgan in the past, so surely taking on the King isn’t too daunting a task.

Plus it’s a role he’s tackled before, using the Royal family as part of his online skits, including one earlier this year where he mocked their colonial connections.

In it he played not only Charles, but Andrew and Prince William too, as they all reminisced fondly on colonial times.

It seems like a stroke of genius casting to bring him on board, but as he wrote on Twitter when the news was announced it might get royalists up in arms.

‘If people are angry about Meghan and Harry doing a documentary…,’ he teased.

Comedian Joe has appeared on countless shows over the years and is best known for his appearances on ones like 8 Out of 10 Cats Does Countdown, Have I Got News for You, Mock the Week and Never Mind the Buzzcocks.

He’s also appeared as Jeffrey in the first and third series of the Netflix series Sex Education, and as Postman Pat in Ricky Gervais’ comedy drama.

While we’ve seen a sneak peek of him in this series, all we know about him so far is that he appears to play an un-named newspaper vendor, who spreads the word of Prince Andrew’s apparent demise whilst handing out tabloids to commuters.

Other well-known comedians will also feature in the show, including Jenny Bede (Four Weddings and a Funderal, Catastrophe) as Sarah Ferguson, Harry Enfield as Tony Blair and drag queen Baga Chipz as Margaret Thatcher.

Prince Andrew: The Musical airs tonight at 9pm on Channel 4.