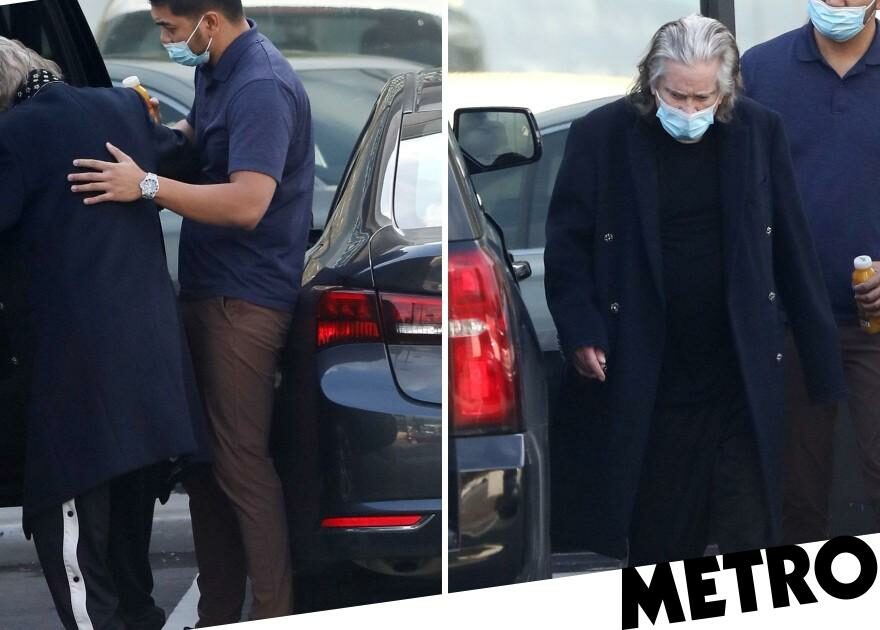 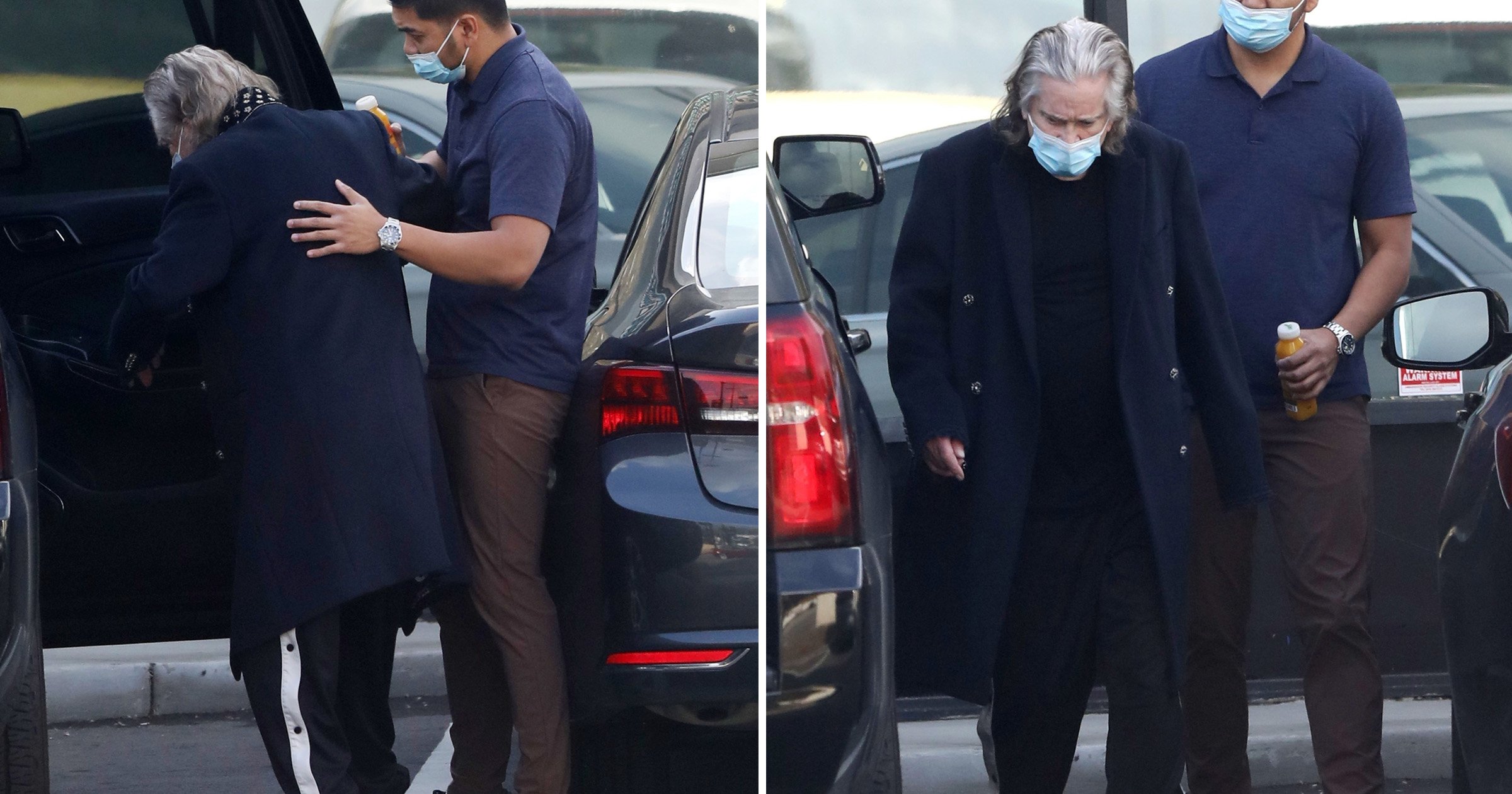 Ozzy Osbourne is still getting out and about despite his health issues and was spotted attending an appointment with the help of an assistant this week.

The Black Sabbath rocker recently had surgery on his spine after years of ongoing health issues, and it has left him struggling to walk and needing the use of a cane.

However, he was seen without a walking stick as he headed to an appointment in Los Angeles, and was instead guided into his car by a staff member at the facility, who was seen supportively placing a hand on the musician’s back as he stepped inside the vehicle.

Ozzy, who turned 74 earlier this month, wore a face mask and wrapped up against the chill with a thick coat, tracksuit bottoms and a jumper.

The Prince of Darkness opened up about his mobility issues recently and admitted he was worried about whether he’ll be able to perform a huge gig in Finland next May.

During an interview on SiriusXM, he said: ‘It is so f*****g tough because, I mean, I want to be out there. I want to be doing it.’

‘The thing is my head is all right, my creativity is OK, my singing OK but I just can’t f*****g walk much now.’

The Paranoid hitmaker explained he is struggling to come to terms with his restricted movement and is finding it very ‘frustrating’.

He continued: ‘The star said: ‘I can’t begin to tell you how f**king frustrating life has become.

‘It is amazing how you go along in life and one stupid thing can screw everything up for a long time. I have never been ill this long in my life.

‘When I was a downbeat drunken drug addict I would not be out this long.

Ozzy was diagnosed with Parkinson’s disease in 2003, but only revealed he had the condition in January, 2020. He also suffered a fall at home in 2019, which aggravated injuries from a 2003 quad bike accident.

The British rocker was able to enjoy a relaxing Christmas with his family and was pictured wearing matching personalised jumpers with daughter Kelly Osbourne.