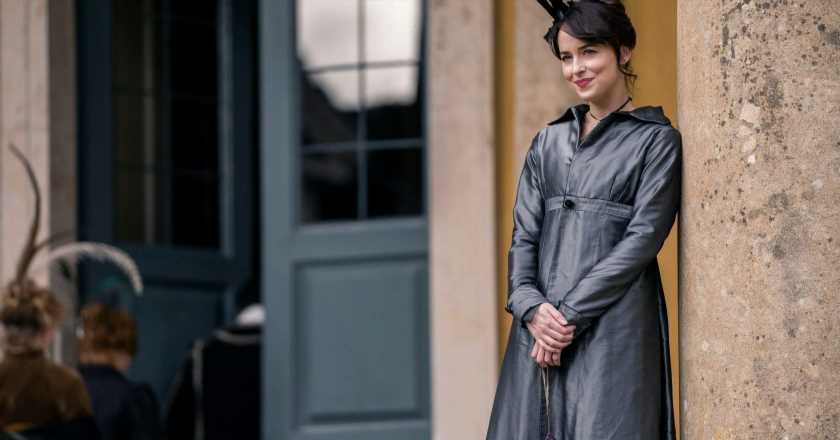 The trailer for Netflix’s long-awaited adaptation of Persuasion has landed, and it’s dividing the internet with its modern interpretation of Jane Austen’s classic novel.

It’s a truth universally acknowledged that viewers love a foray into the Regency era right now. From Downton Abbey and Sanditon to The Gilded Age and Bridgerton, any period piece that serves up love stories with a side of corsetry, scandal and courtly dances will always earn prime position on our watchlist. After all, romantic dilemmas never go out of fashion, whatever the era.

You’ll no doubt have heard, then, that Netflix has been developing a new adaptation of Jane Austen’s classic novel Persuasion. Earlier this week, the streaming platform premiered the first trailer for the audacious new period drama, causing quite a stir on the internet.

Judging from the trailer, the forthcoming movie, which stars Dakota Johnson as heroine Anne Elliot, is evidently a very new kind of Austen adaptation. Anne’s rebellious spirit, biting wit and keen eye for societal impositions placed upon women is very much present, but she feels decidedly more playful.

There’s also the introduction of direct-to-camera moments in the style of Fleabag, Dickinson and Enola Holmes, in which Anne breaks the fourth wall and addresses the viewer. Not all Austen fans were happy about the creative licence taken with Austen’s beloved novel.

The trailer is also sprinkled with subversively contemporary dialogue, such as one scene in which Anne describes her relationship with Captain Wentworth as “worse than exes; we’re friends”.

The line, seemingly translated from a passage in the novel about the pain of being estranged from a former lover, drew scathing reviews on social media.

Other Austen fans on social media pointed out that the last completed novel by the 19th century writer is filled with yearning, regret and resentment over lost love; a stark contrast to the cheerful, cheeky tone of the trailer.

Others on social media pointed out that many of Austen’s other works would have been better suited to a tongue-in-cheek interpretation.

That being said, modern adaptations of traditional love stories don’t have to be entirely faithful to the source material to be a compelling watch.

We’ll have to wait until Persuasion arrives in the summer to see exactly how this new entry in the Austen canon brings the world of Regency Britain back to life. In the meantime, why not check out our roundup of the best upcoming book-to-screen adaptations?

Persuasion will be available to stream on Netflix from 15 July.