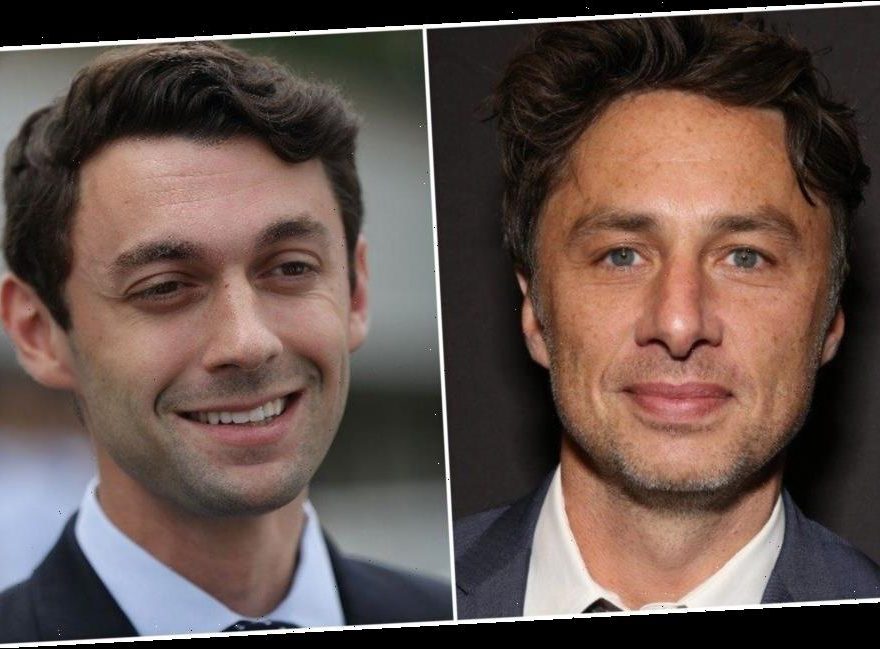 If Zach Braff has his way, this week’s closely watched Senate runoff elections in Georgia could land him an impressive new gig.

As the results trickled in on Tuesday, the “Scrubs” and “Garden State” star pitched himself as a contender to play Democrat Jon Ossoff on “Saturday Night Live.”

“Lorne. I got this,” Braff wrote in a tweet addressed to “SNL” executive producer Lorne Michaels.

Just minutes earlier, Braff quipped that he was “starting to feel giddy in my loins” as Ossoff took the lead over Republican incumbent David Perdue.

Ossoff claimed victory over Perdue early Wednesday, though The Associated Press has not yet called the race.

Still, many fans were quick to back the idea of Braff’s “SNL” casting. Some even suggested his “Scrubs” co-star Donald Faison be tapped to play Sen.-elect Raphael Warnock, who defeated GOP incumbent Kelly Loeffler early Wednesday morning.

Others, however, had different ideas, and expressed hope that actors Joseph Gordon-Levitt, Timothée Chalamet or Topher Grace would play Ossoff instead.

Whether or not Braff gets a chance to play Ossoff ― who, if elected, will become the youngest Democratic senator since Joe Biden in 1973 ― remains to be seen.

Politics and prospective gigs aside, Braff has a lot to celebrate. Over the weekend, he shared a sweet tribute to girlfriend Florence Pugh to mark her 25th birthday on Sunday.

“I can’t believe I get to giggle with you everyday,” he wrote on Instagram, alongside photos of the couple hiking in Los Angeles. “What a pleasure it is to know you. What a gift to the world it was that you were born.”