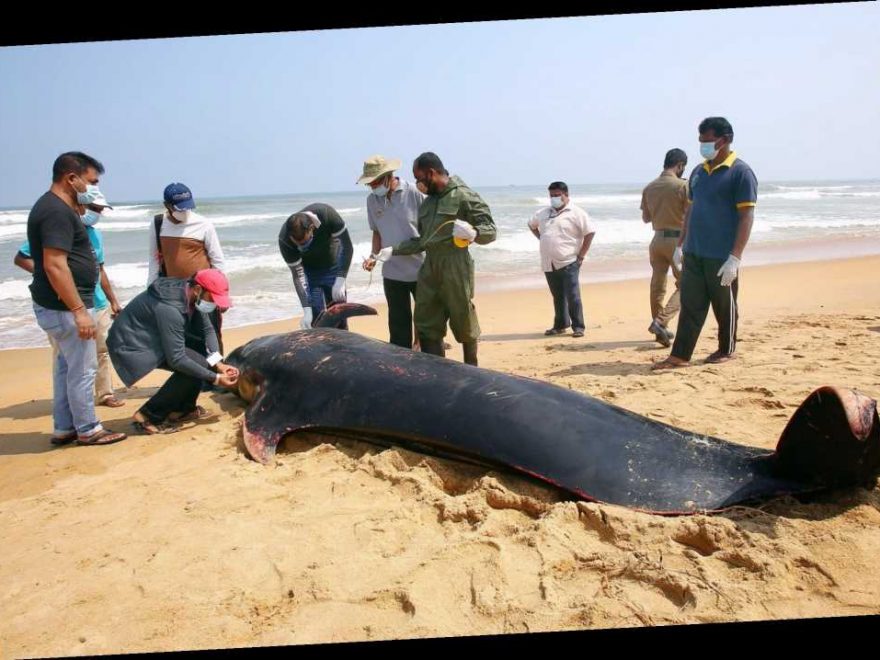 When more than 100 whales became beached on Sri Lanka shores, rescue teams helped return the animals to the waters.

On Monday night, about 120 short-finned pilot whales were saved after becoming stranded on Panadura Beach. Sri Lanka's navy and coast guard sprang into action, alongside local residents and authorities, the navy reported. According to BBC News, three pilot whales and one dolphin died in the large-scale beaching.

Their navy said in a press release that "it is believed that they have beached in an unfortunate manner as a result of the pod following a desperate whale that lost its course." Local police are also working to deter people from the beaches, keeping away crowds of spectators amid COVID concerns, the navy added.

"We used our small inshore patrol craft to pull the whales one by one back into deeper waters," a navy spokesman told AFP, per The Guardian.

The outlet also reports that Sri Lanka’s Marine Environment Protection Authority said the Panadura Beach case was the largest single-pod beaching in the country. "It is very unusual for such a large number to reach our shores," a MEPA spokesperson told AFP. According to BBC News, some locals who pitched in the efforts to save the wild animals went against pandemic curfews put in place.

"The people around here got together and saved most of them," Dr. Asha De Vos, a marine biologist, told AFP. "But some of the whales were very tired fighting to stay afloat the whole night and didn't have enough strength to go to deep sea. That is why a few died."

According to the International Whaling Commission, adult pilot whales can weigh up to about 7,900 lbs. and measure 23 feet in length. The experts add that pilot whales are known to "form stable family and social groups of 20 to 100 individuals."

The situation in Sri Lanka comes after some 380 whales died in a large beaching in Tasmania back in September — Australia's largest on record, according to NPR.