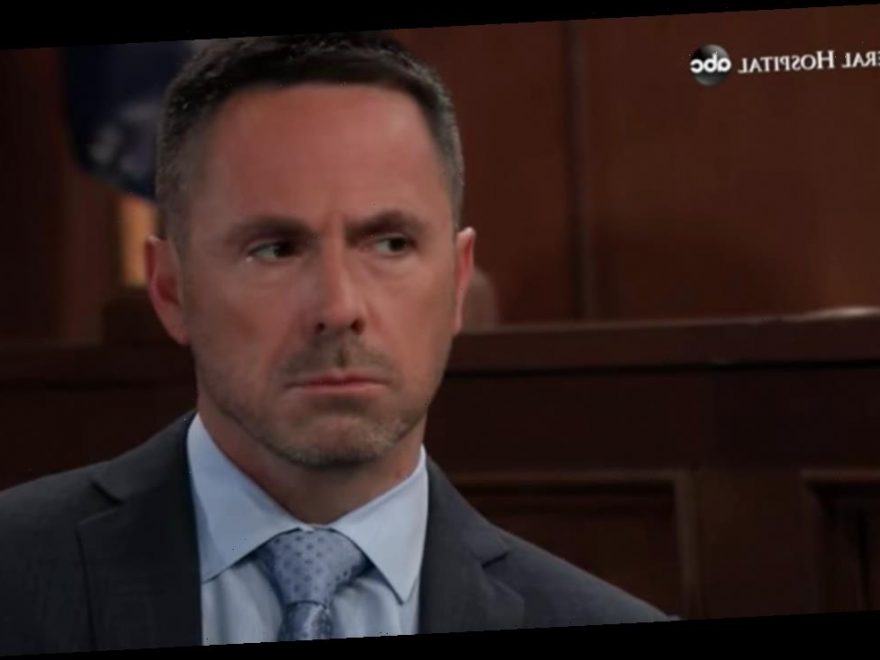 General Hospital fans are still waiting for confirmation that William deVry is out as Julian Jerome.

Last week, the news broke that he and Emme Rylan (Lulu Spencer) had been let go from the ABC soap. The context surrounding why or how was unclear, but immediately, the news spread like wildfire.

Earlier today, it looks like William deVry may have confirmed what has been speculated for over a week.

Did William deVry confirm he is done at General Hospital?

On Twitter, William deVry shared a snapshot from outside the General Hospital studio with a caption saying, “‘Good-Bye Yellow Brick Road’ and ‘Say Good-Bye to Hollywood’? Songs of the day?”

Since the news broke, he has been good about trolling fans who asked about his status at General Hospital. He did make things clear that he was not fired. That was said over and over again.

So, if this was truly a confirmation of his GH exit, what will that mean for Julian Jerome?

If today was his last day at the studio, the chances are that Julian’s last scenes will air in four to six weeks. General Hospital has yet to comment publicly on deVry’s supposed exit or Emme Rylan’s firing.

Viewers, however, have let their voices for both actors be known all over social media.

Kelly Monaco, who plays Sam McCall, Julian’s daughter, confirmed on Instagram last week that big changes were happening on set. Her return to social media was timed right, especially if what the rumors are saying is true.

Kelly wasn’t met with kind remarks, and she clapped back at the rude people.

Being lumped in the news with William deVry is Emme Rylan. She seemingly confirmed her exit the same night word began spreading about her firing with a photo of her family surrounding her.

As if that wasn’t enough, she revealed she and her family would put all their stuff in storage and travel. While it is unclear when she is leaving, Emme promised to document her travels with her followers.

It seems a lot is happening within the General Hospital cast. If the rumors are true, and both William deVry and Emme Rylan are out, it will be interesting to see what happened.

Currently, Julian is involved in some pretty sticky situations, so it wouldn’t be too shocking if he is killed off.