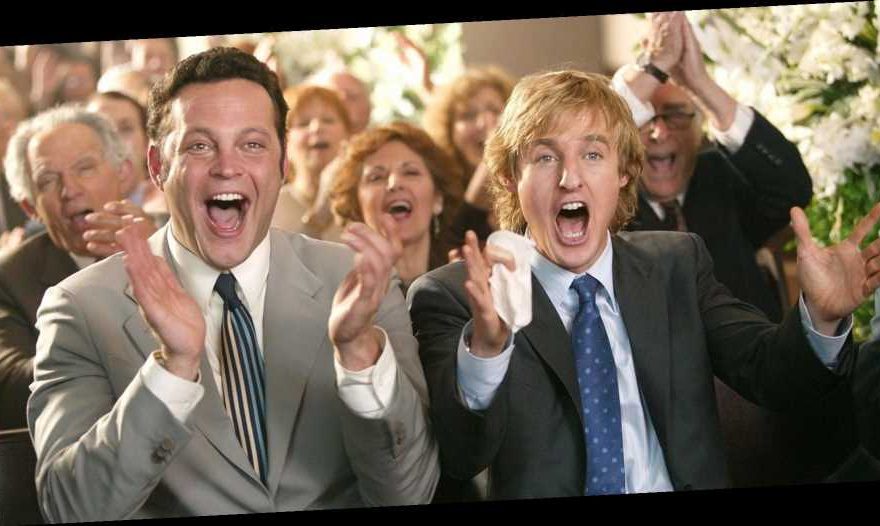 Stage five clinger alert! It’s been 15 years since Vince Vaughn and Owen Wilson played best friends who crashed weddings to meet girls in Wedding Crashers. However, they may be reprising their roles very soon.

“Owen and I and the director of Crashers have been talking for the first time seriously [about] a sequel to that movie,” Vaughn, 50, told Entertainment Tonight on Wednesday, November 4. “There has been an idea that is pretty good. So we are talking about that in the early stages.”

The Best Comedies to Make You Feel Better While Social Distancing

“They were fun movies to make,” the Freaky actor added. “It’s always fun to make people laugh and go to work with people that are funny.”

Wilson, 51, and Vaughn have appeared in multiple movies together, including 2013’s The Internship, which marked the first time they led a film side-by-side since Wedding Crashers.

In June, director David Dobkin opened up about the film’s ending, which featured John Beckwith (Wilson) and Claire Cleary (McAdams) alongside Jeremy Grey (Vaughn) and Gloria Cleary (Fisher) in an open convertible. They set out to crash a wedding while the Washington Monument loomed in the background.

“I remember afterward being like, ‘It’s amazing no one asked why I move off them and tilt to the Washington Monument,’” Dobkin told USA Today when celebrating the film’s 15th anniversary. “We had over 40 cops closing down almost every other street. It was just insane, a total mess.”

He explained that he wanted the ending to be “really strong,” so he used a crane camera to capture the monument in the distance.

“Owen is talking about putting down all this silliness and kind of getting beyond this,” he recalled, adding that showing the monument on the other side of the reflection pool was “the goal on the horizon that they want to reach.”

He continued: “The whole movie to me is a coming-of-age story of boys to men, where you go from your primary interests being sex, to your primary interest being in love. They want to have a deeper connection. So that final symbol shows they have moved close to that goal. … In the end, they got closer to the big phallus in the sky.”