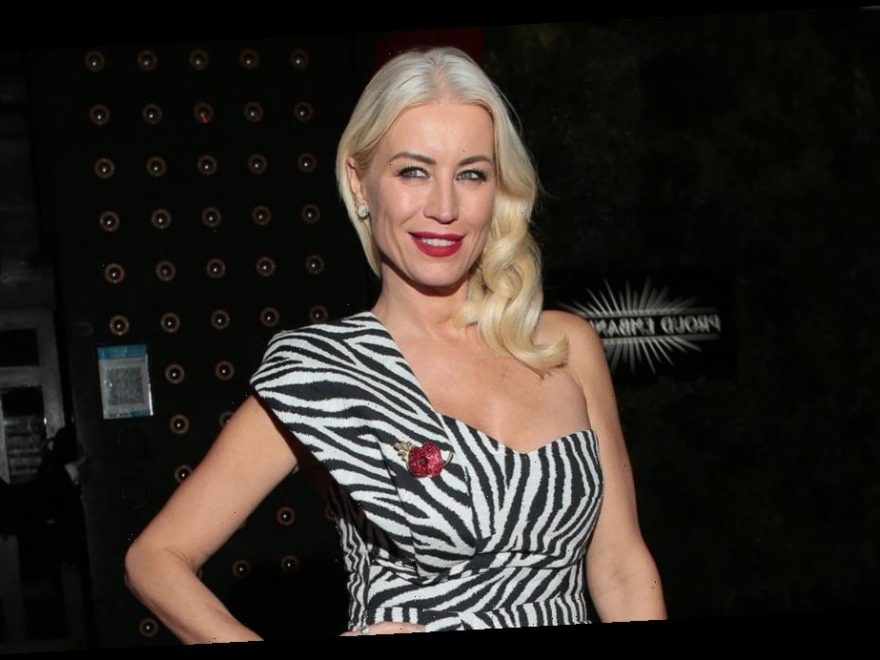 Dancing On Ice star Denise Van Outen wowed onlookers in a skimpy zebra-pritn frock that left little to the imagination.

The 46-year-old, showed that she wasn't going to let the month-long lockdown hinder her spirits as the final curtain drew for her Cabaret All Stars show at Proud Embankment, London.

With the weather also turning bitterly cold outside, Denise certainly gave her audience a much-needed temperature surge as she rocked the flesh-flashing dress.

Showing off her svelte proportions the animal-print item was nicely cinched in to unleash the bombshell's teeny waistline.

With partner and Googlebox co-star Eddie Boxshall at her side, she waltzed the red carpet parading her endless pins in the thigh-skimming attire.

Completing her look and ramping up the sex appeal, the mum-of-one popped on a killer pair of black patent stiletto heels.

Her signature bleach blonde locks were were blowdried into big and bouncy curls, that fell over one shoulder.

Adding a touch of glam, she popped on some ruby red lipstick, fluttery lashes and winged liner.

Denise had originally promoted her final night as November 5 but had to make a swift last minute change after the announcement landed to stipulate that the UK would be heading into lockdown, on that day.

Vowing that the show must go on, Denise announced three days ago that her final show would instead be November 4.

Sharing an abundance of snaps from the her burlesque performance, she penned: "Going out with a bang. We've added a show Wednesday 4th November pre lockdown @proudembankment.

"Tickets will go fast. It's going to be epic."

At least with the show now coming to a close, former The Voice UK songstress can focus all of her attentions on Dancing On Ice.

It was confirmed this week that contestants of the ITV skating programme, will be able to train during lockdown, in spite of ice skating rinks on the governments list of venues expected to close.

A spokesman for the channel said: "ITV takes the safety and welfare of everyone involved with its programmes extremely seriously and follows all Government guidelines regarding Covid-19.

"The government has confirmed that TV production can carry on throughout lockdown, to that end we will be hiring the local ice rinks on a private and exclusive hire basis."