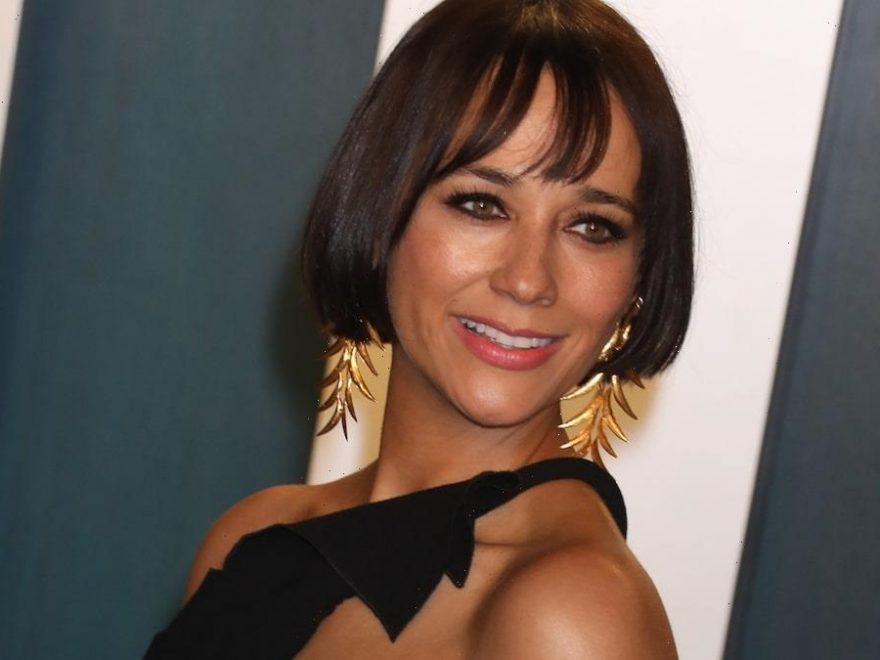 College degrees don’t always come in handy! After years of studying to earn a diploma, life sometimes has other plans. This couldn’t be more true for certain celebrities who dedicated their time to getting their degree but found their calling in entertainment before they ever got the chance to put their degree to use.

From neuroscience to criminology to comparative religion, stars studied it all before landing their big break. And while life in the spotlight may not lend itself to using what they learned in higher education, it does provide some pretty interesting career possibilities to fall back on if the whole celebrity thing doesn’t work out!

Keep reading to find out all about these celebs’ college majors…

Celebs Who Went Back To School After Getting Famous

Cole Sprouse earned a degree in Geographical Information Systems and Satellite Imaging from New York University’s Gallatin School of Individualized Study in 2015. He designed the major himself, which he’s described as “basically like virtual cartography” that he applied to archeology. The major involved some hands-on excavations, including one in Bulgaria.

“I traveled around the world and I was part of a couple excavations and then I had a job in Brooklyn at some dingy lab in a basement and I was just bagging artifacts, like a treasure goblin,” Cole joked on “Live With Kelly and Ryan.”

Before Dwayne Johnson was a professional wrestler, he studied criminology and physiology at the University of Miami. He ultimately wanted to work for the CIA, but an academic advisor discouraged him from the idea.

“In college, my goal was to eventually work for the CIA. Until my criminal justice professor and advisor (Dr. Paul Cromwell) convinced me that the best operative I could become for the agency is one that also had a law degree. I thought that’s a great idea until I realized no respectable law school would ever let me in with my pile of steaming s**t grades,” Dwayne wrote on Instagram. 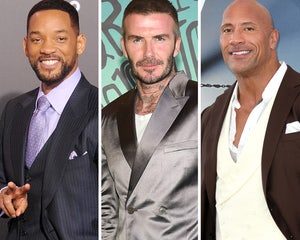 Some Of The Best Parenting Advice From Famous Dads

Brooke Shields was already an established model and actress when she decided to attend Princeton to study French literature. Although her star power made the experience a little less than ordinary, she went on to graduate with honors in 1987.

“The paparazzi tried to sneak onto campus, dressed like what they thought college students looked like, and follow me around. The students were great and they alerted the school and me if anyone saw anybody suspicious. One photographer hid in a vent to photograph me walk to a class; another attempted to bribe a Mathey College freshman to take a camera into the showers and snap me in the nude. They would have been in for a surprise if they tried, because I had taken to showering in a one-piece bathing suit!” Brooke wrote in her memoir, “There Was a Little Girl: The Real Story of My Mother and Me.”

Rashida Jones originally headed to Harvard with plans to become a lawyer, but after having a change of heart, she switched her major and ended up earning a degree in comparative religion.

“I just thought it was so fascinating…And it was the comparative study of religion, so I got a really good, like, buffet of everything. And I just — I don’t know. As an organizing principle, I think religion is so fascinating in its ability to bring people together and its ability to, you know, incite war and violence and just to really create order and get people to do, you know, things you want them to do in the name of God. It’s interesting to me,” Rashida told NPR. 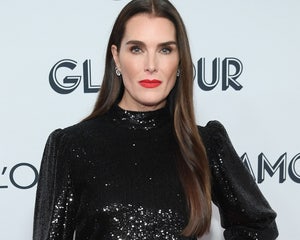 Mayim Bialik was a perfect fit for her role on “Big Bang Theory” because she actually has a degree in neuroscience! She completed her undergraduate degree at UCLA and later earned her doctorate in the same field of study. She says her degree actually came in handy because she was able to assist with making sure things on the show were scientifically accurate.

“When they brought me back for the fourth season, they said, ‘Why not make [my character] what I am so I can fix small things if they’re wrong. But generally they get pretty much everything right,” Mayim said on “Conan.”

Coldplay frontman Chris Martin attended University College London, where he received a degree in Greek and Latin. Although he probably doesn’t get a ton of use out of his degree as a musician, the university is where he ended up meeting all of his future bandmates.

“I went to London like Dick Whittington looking for gold. I didn’t have a cat but about 12 bags and my dad had to drive me there. I arrived at this big place called Ramsay Hall, Tottenham Court Road – brilliant – and I met Jonny and everything changed,” Chris told UCL News. 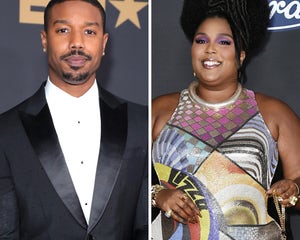 These Stars All Admit They're Guilty of Sliding Into DMs

Eva Longoria earned a degree in kinesiology, the study of the mechanics of body movement, from Texas A&M University-Kingsville. She later went on to earn a master’s degree in Chicano studies from Cal State Northridge while she was also starring on “Desperate Housewives.” She was inspired to return to school after reading “Occupied America,” which was written by a professor at the university.

“I wrote the author and I said, ‘I would love to sit with you one day and pick your brain. This book changed my life.’ And he said, ‘Come on down, I’m at CSUN.’…So, I got to meet with him and interview him about the struggles of Mexican-Americans in the U.S. And he said, ‘You should take my class. It’s online. It’s Chicano Studies 101.’ I took one online class, and I was hooked…It was so fulfilling in a way I couldn’t even imagine,” Eva told CSUN Magazine.

Will Ferrell graduated with a degree in Sports Information from the University of Southern California. While the major doesn’t exist anymore, students at the school can now minor in Sports Business and Management. When returning to his alma mater to deliver a graduation speech, Will joked about the now defunct major.

“Yes, you heard me, sports information. A program so difficult, so arduous, that they discontinued it eight years after I left. Those of us with sports information degrees are an elite group. We’re like the Navy SEALs of USC graduates. There are very few of us, and there was a high dropout rate,” Will said during a commencement speech in 2007. 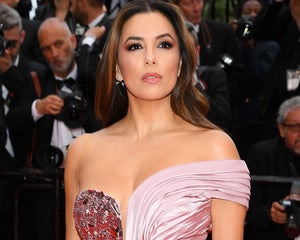 Freddie Highmore attended Emmanuel College, Cambridge and studied Spanish & Arabic, graduating with a dual degree in both subjects. Plus, he managed to do it all while simultaneously starring on two seasons of “Bates Motel.”

Hugh Laurie attended Cambridge University where he studied Anthropology and Archaeology. Although he ended up earning a degree in the subject, Hugh says that he was primarily there to continue his competitive rowing career.

“I went there to row. It’s been…years and I think the admissions tutor can take it now that’s what I went for. And anthropology was the most convenient subject to read while spending eight hours a day on the river,” Hugh reportedly once said. 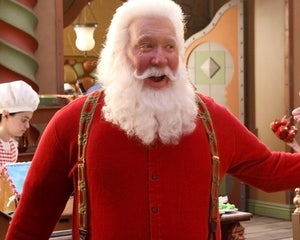 12 Celebs Who Have Played Santa On The Big Screen

Lionel Richie attended Tuskegee Institute, where he studied economics and also happened to meet his Commodores bandmates. When the group hit the road with the Jackson 5, he fell behind and eventually had to step back from pursuing his degree. Four years later, he ended up returning to finish up his courses.

“I went in and met with the dean, who told me I was making more money than him. He said, ‘School is a place to develop a scheme to make money, if you don’t already have a scheme.’ But I returned four years later, with a No. 1 record with the Commodores, and I went back to school and finished that last year,” Lionel told The Harvard Gazette.

Before Lisa Kudrow starred on “Friends,” she earned her degree in biology from Vassar College in 1985. She was interested in pursuing the field because of her father’s career as a doctor and because she saw the subject as a way of “unlocking all of the mysteries of humanity.”

While attending Minnesota’s Macalester College, Danai Gurira earned a degree in social psychology, which is the study of why people do what they do. She says she even considered earning a Ph.D. and spending her entire career in academia.

“I was really looking at race, population, gender and how we psychologically function in a way that affects our societal outcomes around those issues…I wanted to bring some voice to issues that concerned me. I couldn’t see how the dramatic arts were going to make a huge change. But then I went to South Africa and met all these artists who had done things to affect change through their art during apartheid. I got totally convicted that what I needed to do what was tell African women’s stories – the unheard voices,” she told Rolling Stone.

When Connie Britton graduated from Ivy League university Dartmouth College in 1989, she earned a degree in Asian Studies. Her college education even included a summer abroad in Beijing while she studied at Beijing Normal University.

“It was a very big culture shock,” Connie said at Vulture Fest. “It was a unique experience and very important and adventurous time.”