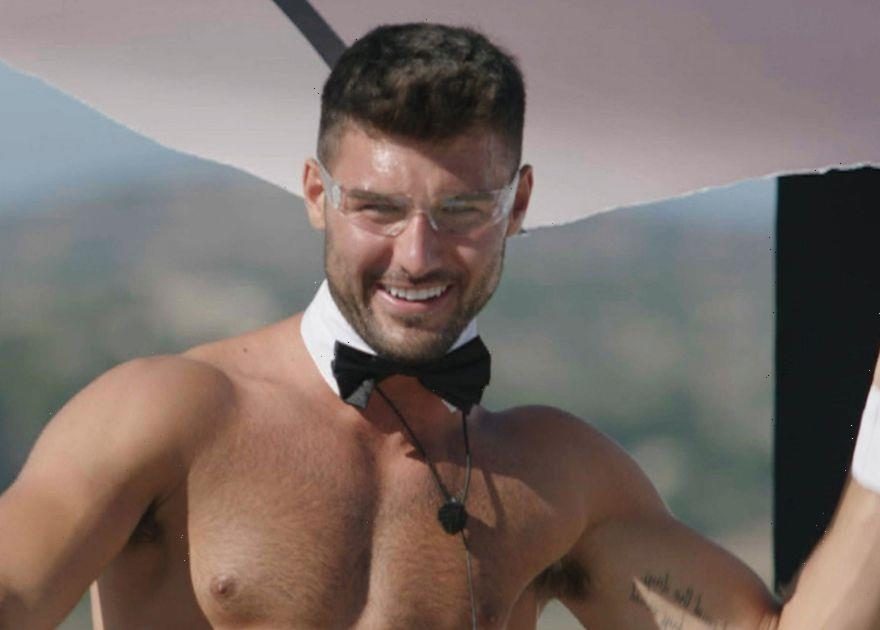 Love Island's Liam Reardon is one of the latest lads to join the villa, after the 21-year-old builder was chosen by stunning Faye in the shock recoupling.

The Merthyr lad caught Faye's eye on the first date that the viewers picked her to go on, and she secured Liam's place in the villa.

Many fans were shocked when he revealed his age as just 21, and Faye joked that she'd been a "cougar" before.

The hunky builder's sister shared a series of cute throwback snaps of Liam to mark his 16th birthday, back in 2015.

She helpfully proved to fans that he is only 21, and just looks mature for his age.

Fans couldn't believe how much he has changed in the last five or six years, as six foot six Liam is fast becoming a favourite with those at home.

In one of the throwback pics, Liam towers over his sister as he looks cute in a classic Christmas jumper.

Elsewhere he poses with a cow, and there's also a picture of the siblings in the pool.

Liam is proving popular with viewers at home as well as the girls in the villa, who have been swooning over his height and impressive tattoos.

He showed off an impressive black and grey inking of legendary boxer Muhammad Ali on his thigh when he rolled his shorts up in the bedroom to display the art to the other lads.

Viewers were thrilled as he ripped off his shirt during Sunday night's challenge, leaving him in a bow tie and shorts.

"Cannot wait to see Liam on my screen" added another.

"Can't lie, Liam is a huge cutie" gushed one fan, sharing some of their favourite photos of him.

"Liam is actually the only fitty there" insists one viewer.

On Instagram, his friends and family shared a little quiz about Liam.

They revealed the 21-year-old's middle name is Joseph, he's a fan of an indian takeaway, and has a rather cheeky tattoo.

One of the questions asked what tattoo the builder has on his bum – and it turns out it's of a cookie.

They also shared pics of Liam and Faye in the villa, sharing a first kiss.

He's come a long way since those cute throwback snaps.

Love Island airs weekdays and Saturdays at 9pm on ITV2.