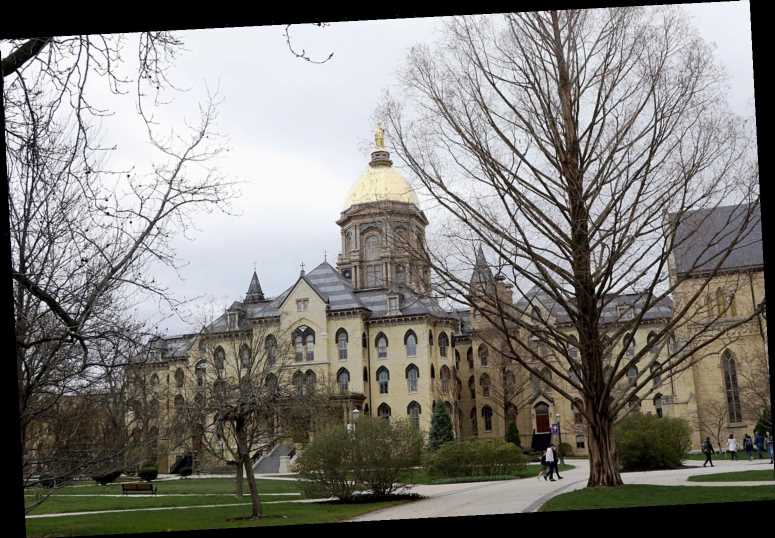 Two University of Notre Dame students were killed over the weekend after being struck by a vehicle just a mile away from their Indiana campus, according to officials.

In a press release, the university confirmed the fatal incident and identified the victims as Valeria Espinel and Olivia Lara Rojas, who were both 19-year-old first-year students.

A third student, who was a sophomore — identified by the St. Joseph County Prosecutor's Office (SJCPO) as 19-year-old Eduardo Jose Elias Calderon — was also struck by the vehicle but is currently hospitalized, according to the university.

"On behalf of the entire Notre Dame community, I express our deepest condolences and pray that our students’ families and friends may find God’s grace and solace after so shattering a loss," University of Notre Dame President Rev. John I. Jenkins said in a statement. "We also pray for a full recovery of our student who remains hospitalized as a result of the accident."

According to a press release from the SJCPO, the incident unfolded on Saturday morning just after 4 a.m. local time. Authorities said a Toyota Sienna minivan was traveling southbound on Ironwood Road when it struck three individuals.

According to The South Bend Tribune, the road that the individuals were walking on does not have sidewalks and is near an apartment complex where many Notre Dame upperclassmen and graduate students live.

After hitting the trio, the minivan made a "sharp left," collided with a house on the 54000 block of Ironwood Road and came to a stop against the front of the residence, the SJCPO's press release stated.

The owner of the house told The Tribune that he was sleeping at the time of the crash but felt the car come through his bedroom wall.

"I heard the boom, felt the house shake and heard stuff fall off the wall," said the man, who did not want to disclose his identity, adding that he called 911 and then went outside to see what had occurred.

Meanwhile, as the victims were lying in the roadway, SJCPO authorities said a second vehicle, a Chevrolet Impala, was traveling southbound on Ironwood Road and ended up striking Espinel again.

Both female victims — Rojas of Bolivia and Espinel of Ecuador — were pronounced dead at the scene, while Calderon of the Dominican Republic was transported to Memorial Hospital in South Bend, where he remains in critical condition, according to police.

As for the drivers, the SJCPO said the Sienna was being operated by Justin Cavallo of South Bend. Cavallo, 25, suffered minor injuries but remained at the scene and cooperated with investigators.

He also had a passenger inside the vehicle, whom police identified as Rafik Tannir of South Bend. Tannir, 24, was uninjured in the incident.

The driver of the Impala, Darlene Holden of South Bend, also did not suffer any injuries. Holden, 54, also remained at the scene of the accident, according to police.

"The St. Joseph County Fatal Crash Team (FACT) was activated, per protocol, to handle the investigation," the SJCPO wrote. "This remains an active and ongoing investigation, and toxicology results are pending. We will release further information to the public as we are able to do so."

In the wake of the tragedy, the University of Notre Dame announced they would be offering counseling and campus ministry support to students, as well as a campus-wide prayer service on Saturday evening.

"Please wear a mask and practice physical distancing as we come together in prayer. A procession to the Grotto will follow the prayer service," the university wrote in an Instagram post. "We also encourage students to utilize the @uccnd and @ndministry as resources during this very difficult time."