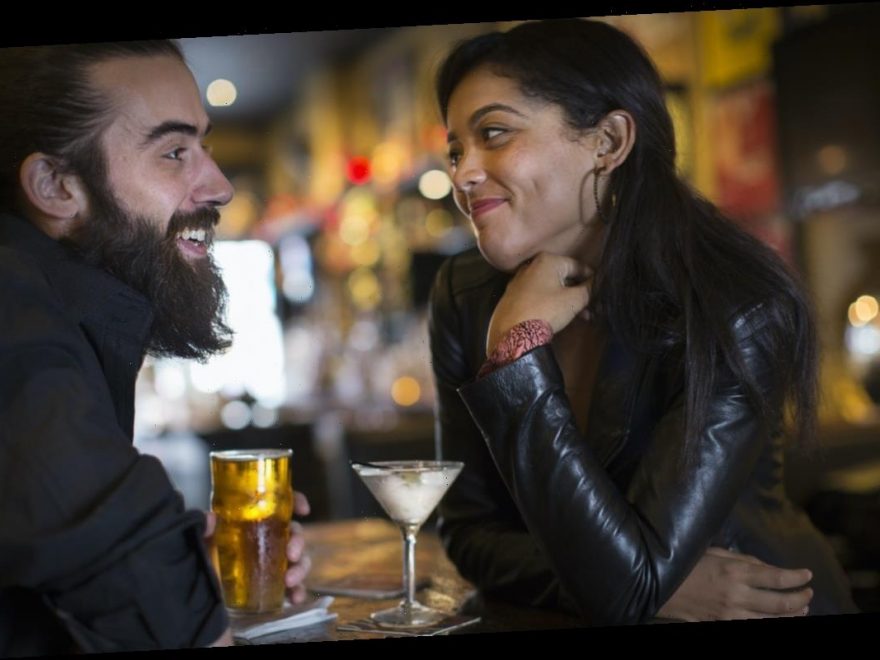 With phrases like fleabagging, flashpanning, and obligaswiping, you’d be excused for thinking modern dating feels a bit like talking a foreign language. And yet, if you’re out here single, and ready to find the one (or the one right now), you’ve got to get acquainted with the many terms for being avoided, led on, or ignored. We came into the year with quite a few dating trends to look out for in 2020, and the list has been growing ever since.

Of course we all know about ghosting. "Did he ghost me?" "I’m getting ghosted." It’s a horrible feeling, but far from uncommon. You’ve probably also heard of bird boxing, a term born out of the massive success of the Sandra Bullock film released way back in December 2018. It describes a situation in which someone is blind to how bad the person they’re dating is.

Other now-famous terms include breadcrumbing, a fancy word for stringing someone along, which took over as the dating trend to avoid, and then there’s zombieing, or the return of someone who ghosted you.

There are so many, each one stranger than the next, and yet that isn’t even the tip of the iceberg. This year has brought us more trends, and even if you never plan on saying them out loud, it’s still good to know what they mean. Here, 20 new dating terms to come to grips with in 2020. (Brace yourselves.)

While dial-toning harkens back to a time gone by, it’s a very modern dating phenomenon. Never mind even getting to the point where someone can ghost you, dial-toning is when you give someone your number, they reach out, and you never reply.

According to dating site Plenty of Fish, 60% of singles have experienced this. What do you think? Is it better, or worse, than being ghosted?

If you’re a sports fan, yellow carding is just as its name suggests. If you call out a date for bad behavior, a questionable viewpoint, or general rudeness, you’re yellow carding them, or saying they’ve committed a foul.

Since the show Fleabag was such a massive phenomenon, it only seems right that Phoebe Waller-Bridge would continue affecting our love lives in one way or another. Plenty of Fish describes fleabagging as consistently dating the wrong type of person for you. Falling in love with an unavailable hot priest? You’re probably fleabagging yourself.

Have you ever dated someone you found painfully attractive, but who was otherwise bland — just like hard seltzer? If you’re staying with them, despite not being totally interested, you’re white clawing them. And according to Plenty of Fish, it’s something 27% of people have done.

Sometimes casual flings fizzle out. It’s all part of playing the dating game. However, have you ever had a former date message you months later asking you to like their Instagram page because they’re trying to become a big-time influencer?

If so, you’ve been cause-played. Cause-playing is finishing with someone only to have them contact you for a favor, and 61% of people that Plenty of Fish asked said they’d experienced it.

If you’ve ever showered, curled your hair, and went through the effort of applying winged eyeliner, only to get a text from your date asking to cancel or reschedule, you’ve been "glamboozled." It’s painful, but Plenty of Fish found a massive 58% of singles have gone through this.

Online dating can be pretty intense. When putting yourself out there, the responses often roll in like an avalanche, to the point you might even find yourself complaining about all your options to one of your matches.

Bumble has coined the term "whelming" for this slightly tactless act. And Naomi Walkland, the associate director of EMEA Marketing at Bumble, cautioned against it, saying: "If someone has taken the time to message you it’s kind to make them feel respected and avoid mentioning other matches to them as everyone deserves to feel special during their dating journey."

Amid the pandemic, many people have done a digital detox while staying at home, as a way of taking a break from tough news and/or excessive Zoom calls. But it’s also turned into the perfect excuse to use when you’re no longer interested in texting someone back. Simply claim you’re doing a digital detox, and disappear.

At the start of 2020, we didn’t know how precious Zoom and FaceTime would soon become. But as quarantine continues on, many of us are going on video chat dates, while also using it for other (much dirtier) deeds. And as a result, virtual one night stands were born.

If someone is a Jekyll and Hyde-type person, it means they have two sides. When dating, they might be "jekylling" if they show you a really nice, caring, interested side of themselves, and later reveal they can be quite the opposite, too.

Typically (and unfortunately) Jekylling is most likely to occur when you refuse someone’s advances. If they’re an insecure and angry person, they’ll go from flattery to name-calling in two seconds flat.

The first few days and weeks of a new relationship are intense, in the best way. You can’t get enough of each other, and every interaction is hot and steamy. A flashpanner is someone who lives for that excitement, but tends to disappear as soon as it cools.

If you’ve gotten Kanye’d, it means you went on a date with someone who talked excessively about themselves the entire time, and didn’t let you get a word in edgewise. It’s a one-sided conversation to the extreme.

Much like the world-famous term Netflix and chill, if you quarantine and chill it means you’re hanging out with someone for the sole purpose of hooking up, only now you’re (hopefully) taking special health precautions due to the pandemic.

If you spend even one minute on a dating app, you’ll see how common it is for people to list their Myers-Briggs personality test results in their profile. For this trend, if you’re someone who only dates others based on their personality type — or love language, astrological sign, etc. — you are type-casting.

Remember the episode of Friends where Ross and Rachel take a break, and Ross goes straight out and hooks up with someone else? Well, this 90s reference is alive and well in 2020, thanks to the dating term Rossing.

It happens when you’re dating someone new, and before you can talk about how exclusive you plan to be as a couple, you find out they’re still on the apps and hooking up with others. If you find it painful, it’s high time to define the relationship.

It’s fine to try new things, as you start hanging out with a potential love interest. If they play the guitar, for example, you might take up the hobby as well, in an effort to relate.

But if you start "eclipsing" it means you are adopting all of their hobbies and interests as your own, and likely losing who you are in the process.

According to the Plenty of Fish survey, 48% have experienced dating someone who adopted all the same interests/hobbies as them, and 45% of singles admitted to having done so in the past, themselves.

This mouthful of a term refers to the act of endlessly swiping on dating apps. You might like people, send a message or two, but you don’t plan on ever meeting up or being too serious. And yet you take comfort in the fact that you’re still "trying."

Bringing to mind the phrase "skeletons in the closet," this dating term describes the act of your partner’s ex reaching out to you. Apparently, more than one fifth of singles have had this happen to them on social media. And it can be mighty uncomfortable.

You’ve heard of catfishing, where a person pretends to be someone they’re not, in order to trick another into falling in love with them. Well dogfishing has similar vibes, only this time you might pretend to have a dog (or other pet) in order to relate to your potential love interest. Some folks even borrow a friend’s dog, or post pics with one that isn’t theirs.

We all know the agony that is trying to keep a conversation alive with someone who is absolutely not holding up their end. This is called flatlining, and it happens via text and in dating apps all the time. When a convo flatlines, all you can do it move on.