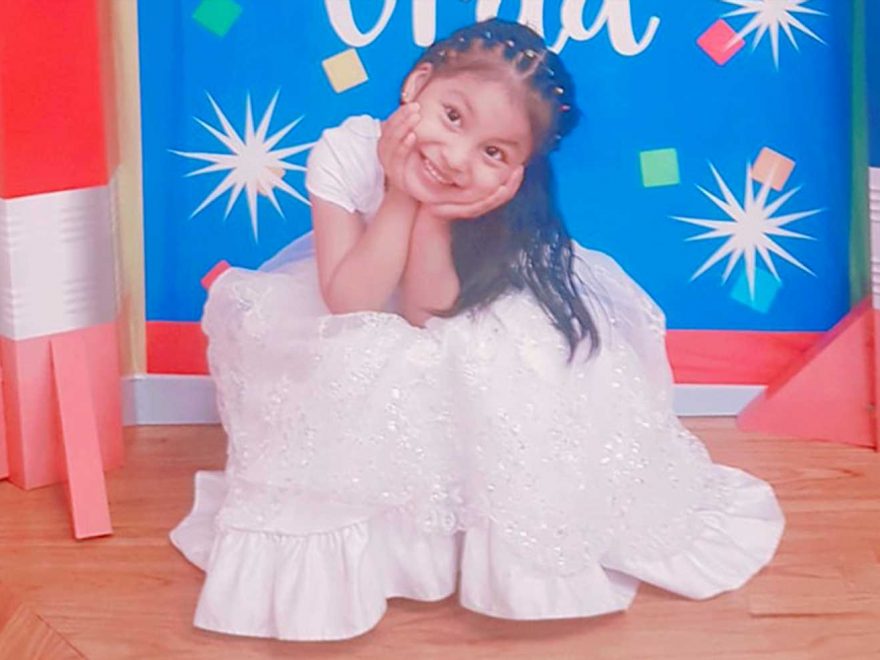 A 5-year-old girl was killed when a decorative stone fence fell and crushed her head.

Alysson Pinto-Chaumana and her mother were leaving her uncle’s apartment on Harman Street in Bushwick, Brooklyn, on Thursday at around 9 p.m. when portions of the heavy stone wall outside of the building gave out and fell down on the young girl, according to reports from ABC and the New York Daily News.

“I look to the side and then I see her fall back and was crushed — her whole head was crushed,” her mother, Maria Lorena Chaumana, said in an interview with Telemundo, according to New York Daily News.

“I grabbed her desperately. I said ‘My love, my life’ and I ran, and thank God there was an ambulance on the corner,” she continued. “I didn’t know why they were there, but I ran with her in my arms like a desperate mother, all bloody.”

The nearby ambulance took the young girl to Wyckoff Heights Medical Center. However, medical staff could not revive her from severe head trauma.

Surveillance video from the building captured the heartbreaking incident on camera as it shows Alysson walk up to the fence with ornamental pillars beginning to teeter. As the 5-year-old nears the fence, they crash down, bringing her down with them.

The footage then shows Alysson’s mother running over and scooping her daughter up from the rubble with other panicked witnesses. They proceed to run towards the street to look for help.

“The baby did not climb on it, it just fell down,” the building’s landlord Harry Netchandro told ABC. “It’s very hard to believe how the fence can drop like that.”

Alysson’s family held a vigil for her on Friday night, and mourners gathered near the blood-stained sidewalk where the unsteady fence ended the girl’s life.

“All work needs to pass an inspection and I don’t know how this managed to pass,” Edgar Pinto, Alysson’s father and Chaumana’s estranged husband, told New York Daily News at the vigil.

He alleged that the pillars were haphazardly installed and never secured to the base of the fence. “There is nothing to hold it in, no screws or no cement,” he said.

The Department of Buildings ordered the landlords to take the fence down Friday and filed a violation for failure to maintain the property against the building’s owner. The violation comes with fines ranging from $6,000 to $25,000, DOB officials told New York Daily News.

The family is calling for an investigation into the fence, which landlord Netchandro said was installed just a few months earlier, and the DOB said it did not receive any complaints about the fence prior to the incident.

“We have no idea how it happened, everyone we’ve talked to said it was sturdy,” Netchandra told New York Daily News. “We would lean on it and everything. It’s just something that happened, an accident. We feel horrible. We feel terrible. We saw the stepfather last night after it happened and we hugged and everything.”