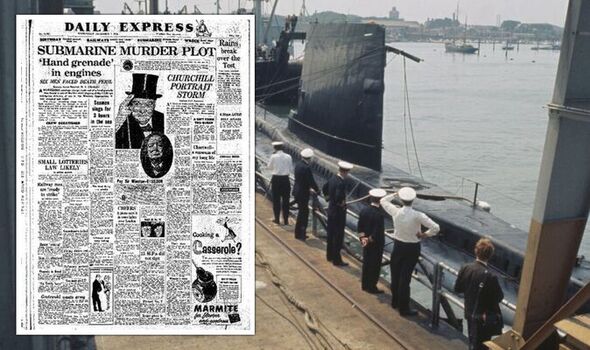 The charge, which contained 4ozs of high explosive, was big enough to destroy the engine and kill or wound the six men on duty.

Artemis, with 60 crew on board, turned back at once to mother ship HMS Adamant, anchored in Rothesay in the Firth of Clyde.

The grenade used was designed for signalling or as an imitation depth charge in anti-submarine exercises.

The Antarctic Treaty was signed in Washington DC by 12 countries to make the world’s only unpopulated continent a demilitarised zone dedicated to scientific research.

Both the USA and the Soviet Union were among the signatories, making it the first arms agreement of the Cold War.

The wall of rock separating the two halves of the Channel Tunnel was removed, linking Britain and France for the first time since the Ice Age.

The tunnel cost the equivalent of £12billion and opened in May 1994.