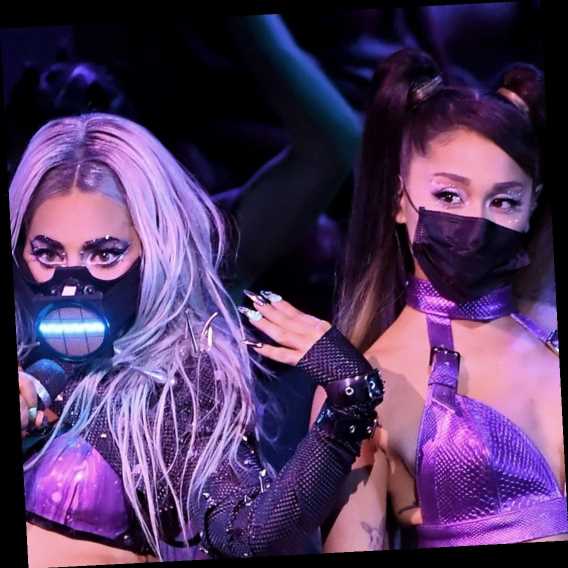 From Lady Gaga receiving the first-ever Tricon Award to BTS, Miley Cyrus, The Weeknd and more stars rocking the big stage, there were several major moments during the 2020 MTV Video Music Awards.

The 2020 MTV Video Music Awards took place Sunday, Aug. 30 and brought some of music's biggest stars to the Big Apple.

Lady Gaga was the most-awarded star of the night and took home five trophies. Not only did Mother Monster win Artist of the Year and the first-ever Tricon Award, but she and Ariana Grande also received three Moon Persons for their hit "Rain on Me." BTS followed closely behind with four wins, taking the title in categories like Best Pop and Best Group, and The Weeknd won the coveted Video of the Year Award along with the award for Best R&B. In addition, Doja Cat was named Push Best New Artist.

And while the event was certainly different this year due to the global coronavirus pandemic, it still had many of the fan-favorite elements viewers have grown to expect and love over the years. From the star-studded pre-show and the fabulous red carpet fashion to the powerful performances and the spectacular speeches, the big night had it all.

There were also several moving moments. For instance, Keke Palmer, who served as host, opened the show by dedicating the VMAs to Chadwick Boseman, who died Friday, Aug. 28 following a four-year battle with colon cancer. In addition, an In Memoriam tribute was held in honor of Naya Rivera, Pop Smoke, Juice WRLD and more stars who passed away over the past year.

For a recap of the big night and a look back at the major moments, read on below.

Palmer opened the 2020 award show by dedicating the night to the late Black Panther star.

"Before we get into the music tonight, we need to take the time to talk about the devastating loss of Chadwick Boseman, an actor whose talent and passion is a true inspiration to all the fans he touched and everyone he encountered," she said. "We dedicate tonight's show to a man whose spirit touched so many. He is a true hero. Not just on screen, but in everything he did. His impact lives forever."

Near the beginning of the show, Palmer acknowledged that "2020 has undoubtedly been a rough year for everybody." However, she spoke about how "there have been incredible moments of inspiration that have given my generation hope."

"We've seen heroes going above and beyond, whether they drive a delivery truck, work at a grocery store, or serve on the front lines in a hospital," she said. "And with the Black Lives Matter movement, we've seen our generation step up, take to the streets, and make sure our voices will be heard."

She then said "enough is enough" and noted that "what we just witnessed in Kenosha, Wisconsin is yet another devastating reminder that we can't stop, that we can never tolerate police brutality or any injustice."

"We must continue the fight to end systemic racism," she continued. "The leaders of that movement are you, us, the people watching tonight. It's our time to be the change we want to see. We need to come together, and music, music has that power. Music can help us heal. It's all love and that's what tonight is about. We are making the impossible possible, pushing the boundaries of music performances, because that's what we do on the VMAs!"

Mother Monster rocked not one, not two but nine different outfits throughout the evening. See her looks here.

In fact, the 34-year-old singer had several style switch-ups during her performance. She wore a latex turquoise number and then changed into a purple look for her collab with Grande. The dynamic duo sang a show-stopping rendition of "Rain on Me." Gaga then changed again and sat at her brain piano to play "Stupid Love."

Of course, Gaga and Grande weren't the only ones to take the stage that evening. The Weeknd kicked off the show by performing "Blinding Lights" as fireworks shot off in the background; Miley Cyrus returned to her wrecking ball to sing her new single "Midnight Sky" and BTS performed their TV debut of "Dynamite." Black Eyed Peas, CNCO, DaBaby, Doja Cat, Maluma and Palmer rocked the stage, as well.

Gaga also made VMAs history on Sunday by winning the first-ever Tricon Award.

"I want to share this award with everybody at home tonight," she said during part of her speech. "Everybody at home that is their own form of a Tricon. I wish for you to think right now of three things that define who you are and take a moment to reward yourself for your bravery."