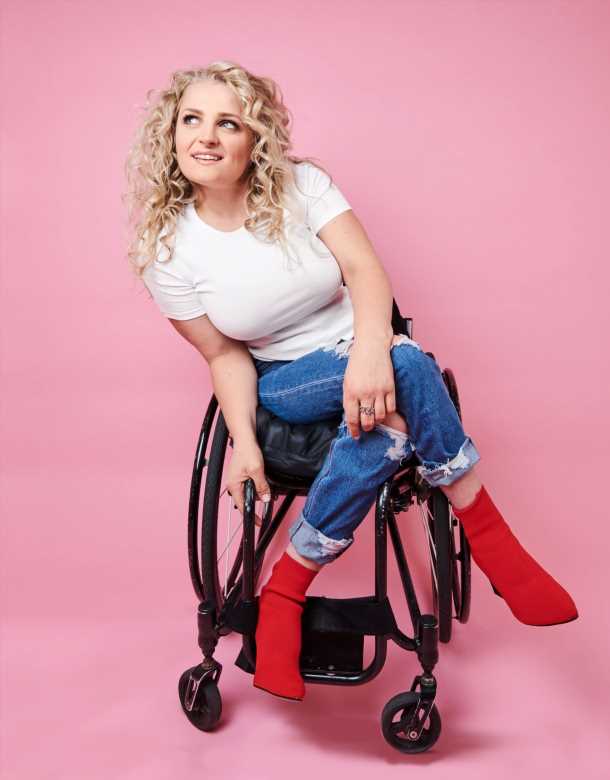 When Ali Stroker became the first actor in a wheelchair ever to win a Tony Award on June 9, she was proud to be breaking barriers for the disabled community—but she was also simply thrilled that her years of dedication to the craft was finally paying off.

“What I liked about winning was that it didn’t just feel like, ‘Oh, you did something to overcome being in a chair,'” she tells PEOPLE. “It was actually, ‘We’re recognizing you for being at the highest level of your field.’ That’s what I’ve always wanted.”

The vivacious New Jersey-native, who is earning rave reviews and attention for her role as flirty Ado Annie in the latest revival of Rogers & Hammerstein’s Oklahoma! has been in a wheelchair since a car accident at age 2 left her paralyzed from chest down. “One day your life is one way, the next it is completely different,” she says of the accident, which also involved her mother and brother.

She credits her tight family unit with making sure her upbringing was as typical as anyone else’s, but there were of course physical limitations when it came to sports or extracurricular activities. But when she was 7, she discovered that singing and acting was one thing she could do just as well as everyone else. She remembers the first time she was ever onstage, in a backyard play put on by a best friend and neighbor.

“It was a moment of feeling really powerful and in charge and so different than how I felt in my skin anywhere else in the world,” she says. “People were watching me and looking at me, but I was in control of why they were looking. And then I could sing, so I was getting a lot of positive attention for that.”

For more about Stroker, pick up this week’s issue of PEOPLE, on stands Friday.

When she graduated high school, she enrolled at NYU for drama and says she really found her calling in a city that, despite being an incredible unfriendly place at times to get around in a wheelchair, was also somewhat embracing.

Ali Stroker Dedicates Historic Tony Win to Kids with Disabilities: You Are ‘Represented’

“When I looked at colleges, I would tour the campus, and I felt like kids were staring at me. At NYU nobody stared, because I wasn’t the weirdest thing they’d seen on the street at all,” she says. Of course, it’s not easy. “I’ve found myself in the rain with no cabs stopping for me and just cursing in the street, thinking, ‘This is so unfair,'” she says. “But being here has given me the confidence to try a new city sometime—I just know I can manage it, because I managed New York.”

When she was first cast as Ado Annie in Oklahoma!, the Circle in the Square theater wasn’t even equipped for someone in a wheelchair to get onstage. She says her boyfriend, theater director and actor David Perlow had to carry her up the stairs and around the stage area to figure out how she would get around. But her performance outshone any limitations she had to overcome.

“This award is for every kid who is watching tonight who has a disability, a limitation, a challenge, who has been waiting to see themselves represented in this arena. You are!” said Stroker, after winning the award. She now hopes people who are differently-abled will see a role model in her.

“It sends a strong message, not being able to find yourself,” she says of growing up and never seeing someone in a wheelchair on TV or the big screen. “The disabled community is the largest minority community in the world, and most of the time it’s underrepresented,” she says. “What are people afraid of?”