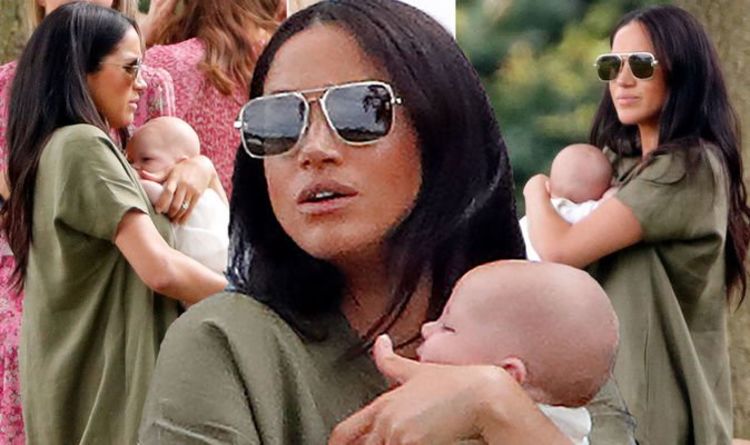 Cradling her baby as she arrived at a charity polo match to support Prince Harry, Meghan Markle looked every inch a doting mum. The 37-year-old could be seen kissing her baby son Archie’s head upon her arrival at the Billingbear Polo Club in Berkshire, where the match was taking place. But it wasn’t long before the public had something to say, with many claiming she wasn’t holding Archie – who is just two months old – “properly”. One troll said: “She doesn’t know how to hold her child, she is wrestling and uncomfortable, on the verge of dropping him.”

Meghan Markle: Duchess criticised for holding baby Archie like this – what does expert say?

Another said: “Why can’t she hold the baby properly after two months? It looks weird. Clearly the nanny looks after him most of the time.”

Fans of a Twitter fan page for Kate Middleton appeared to compare an old photo of fellow royal Pippa Middleton holding her son Arthur – who was born last year October.

The picture, which showed Pippa holding her son while on holiday in St Barts, was captioned: “FIRST TIME MOM Pippa Middleton Steps Out With Her 2-MONTH OLD Baby Boy In St Barts”

Followers rushed to comment on the photo, with one commenting yesterday: “This was in December and Pippa was dressed appropriately,hair groomed and held her son properly and comfortably for baby.”

“Now that’s how you hold a sleeping baby,” another said.

“What a difference between how she holds her baby and how Meghan holds hers!!” a third wrote. 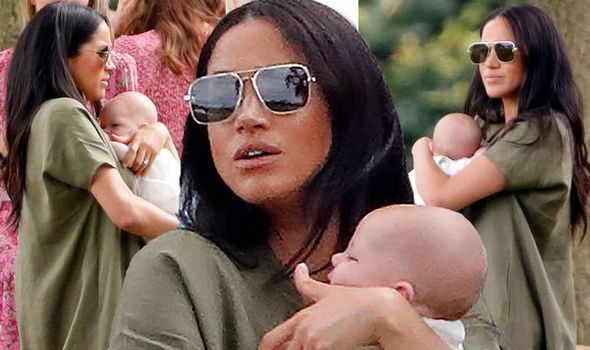 While some criticised Meghan, others were more supportive of the new mum, as they leapt to her defence on the social media site and called her a “real mum.”

“Meghan Markle can hold a baby. She shouldn’t be mom-shamed for being different. Let her enjoy her mom time,” one wrote.

“Very real new mum photo ,with so many ready to criticise she is probably aware all eyes on her,” another added.

“I’m not a mum but I cannot stand women mum-shaming other women. Poor Meghan can’t even hold baby Archie without ‘The Perfect Mums’ coming out and criticising her.”

So what did the experts have to say?

According to Lucy Shrimpton, The Sleep Nanny and parenting expert at The Baby Show, there was actually nothing wrong with the way Meghan was holding baby Archie.

In fact, she believes this is actually the ideal way to hold a new baby. 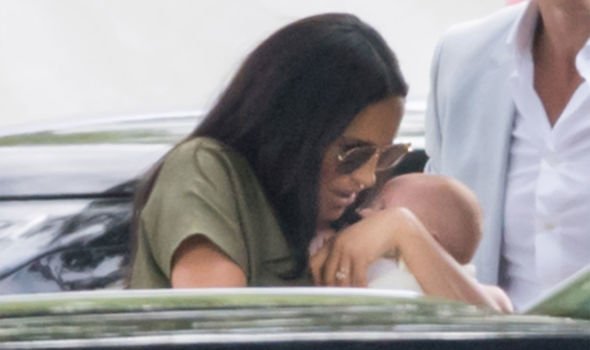 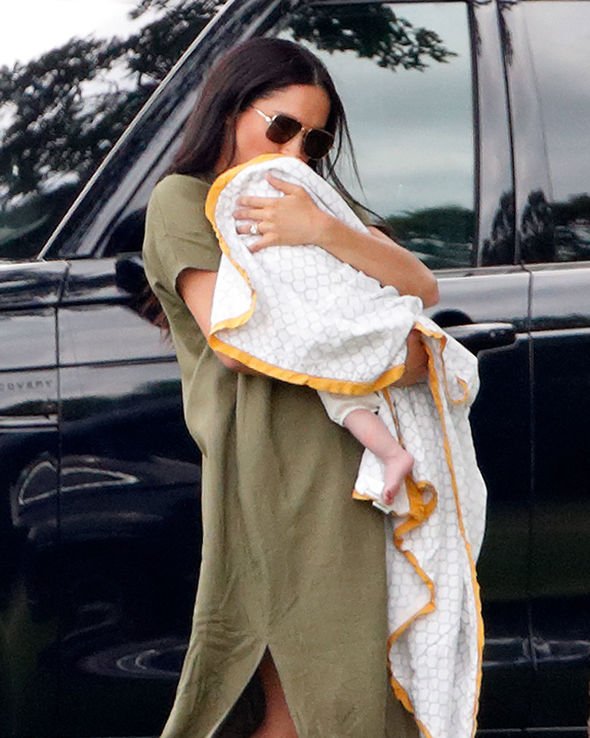 Speaking to Yahoo UK, she said: ”While parents will adopt their own styles of holding and comforting their babies in a range of ways, the way Meghan is pictured holding Archie is actually a commonly recommended hold.”

The outing comes after Meghan and Harry christened their son.

Archie Harrison Mountbatten-Windsor was christened on July 6 at Windsor Castle’s Private Chapel with just a handful of Harry and Meghan’s closest family and friends.

Prince Charles, Camilla, Princess Diana’s sisters, the Duke and Duchess of Cambridge and Meghan’s mum Doria were part of the small group there on the day.

The couple released two official photos but the rest was kept secret as they broke from tradition and didn’t invite selected members of the media.

After the images emerged, Prince William and Kate’s poses were labelled ‘forced’ leading fans to speculate the couples are allegedly still feuding.

Body Language expert Judi James also analysed the photos, and told Express.co.uk there could be some tension there.