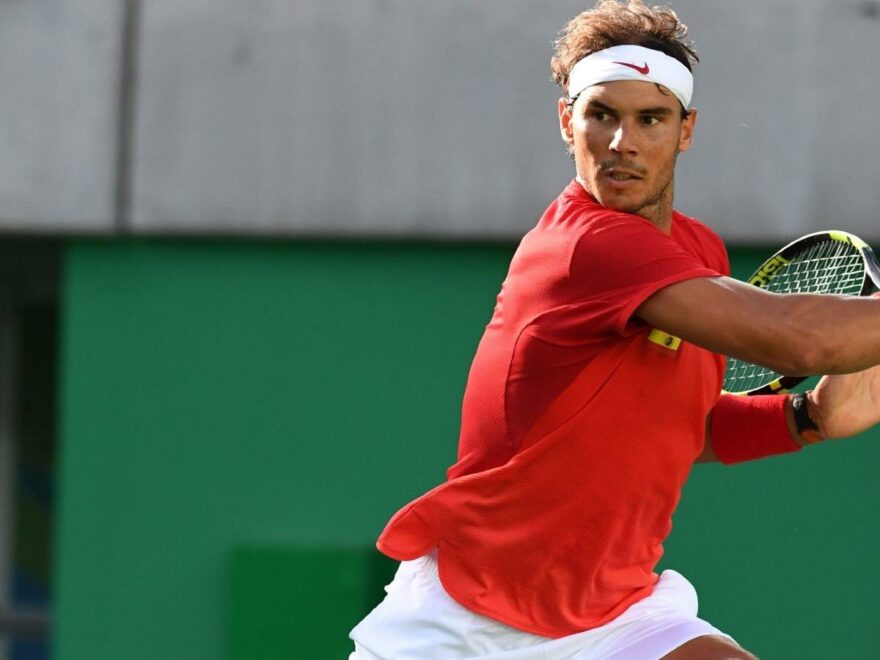 Born in Mallorca, Spain, Rafael Nadal showed his talent for tennis at just three years of age. His uncle Toni was the potential and began training him to play the sport. When Nadal was eight, he was already winning the Under-12 Championships, and seven years later, he competed in his first ATP match. In 2006, Nadal won his first Grand Slam title at the French Open and became the first player to beat Roger Federer in a final. His success on the court earned him the title of the King of Clay, and he has 22 Grand Slam titles, the most for any Male player. His prize winnings and brand endorsements have helped him amass a whopping $220 million fortune.

Rafael Nadal lives a fairly private life with his family in Spain, but the athlete sometimes opens up about his businesses and purchases. As he grew up in Spain, Nadal has also settled his home base and invested in multiple properties. From his stunning mansion in Mallorca to a home on the water with his private yacht, let’s look at Rafael Nadal’s multi-million dollar real estate portfolio.

As Rafa began winning championships at eight, he became a famous face in the tennis circuit, wherein people knew his potential to become a great tennis player. While his family funded his training, Nadal was 14 when the Spanish Tennis Federation offered him a scholarship to leave Mallorca and begin his training in Barcelona. As his father feared the impact on his academics, they refused the offer, and Nadal trained at home. According to Bleacher Report, the family lived in Manacor, Mallorca, in an apartment block. The five-story apartment was divided among the family. Rafa and his sister lived on the top floor, his parents on the second floor, Uncle Toni and his children on the first floor, and his grandparents on the ground floor.

Mallorca is not only Nadal’s hometown but where he started the Rafael Nadal Tennis Academy to train children. He decided to set his home base in the same locality where he grew up. He purchased a beachfront property for $3.5 million on the Balearic Islands. Since then, the property tore down buildings and took seven years of renovation before Nadal and his wife moved into the mansion, as noted by The Sun. His home offers idyllic views of the Mediterranean Sea and the town. The property features expansive backyards, a fully-equipped gym, and a cozy Family room. During the pandemic, Nadal shared glimpses into his life at home during the worldwide lockdown.

In 2012, Nadal purchased another island property and spent $2 million on a stunning villa in Playa Nueva Romana, Dominican Republic. The two-story home has a contemporary white exterior with glass walls and open terraces. Inside, the house follows a similar color scheme with minimalist decor and white furnishings. The kitchen is stocked with high-end steel appliances and a white marble countertop. The Master Suite comes with an ensuite bathroom and direct access to the backyard, which has a large swimming pool to enjoy sunny days in water.

Rafa Nadal has also invested in residential buildings to create luxury homes for himself and others. As mentioned by Business Insider, he purchased a $30 million 19th-century building in Madrid, Spain, alongside a group of partners who plan to renovate it into a residential property. The building is located on a prime street in the city to help boost its price. In 2018, the same partners bought four buildings in Lisbon for a whopping $80 million to turn them into living enclaves in a popular location. These are not only a revenue-generating avenue but will also provide additional homes for Nadal and his family once the work is completed.

To take a break from his intense training schedule, Nadal purchased a stunning home on the water. He owned a $3.8-million yacht which he sold in 2019 and bought a $ 5.4-million Sunreef Catamaran superyacht called Great White. The yacht features four cabins for eight guests, and the owner’s suite comes with a walk-in closet, a private balcony, and a flip-down TV, as stated by Boat International. He loves being on the water and often travels along the Mediterranean Sea to find peace. The yacht also comes with water toys and jet skis that Nadal often uses to enjoy time with friends.

As one of the highest-earning tennis players in the world, it is no surprise that Rafael Nadal has a stunning real estate portfolio that includes residential properties built for leisure and investments. Nadal has slowly begun his investments in multiple residential properties, and there will be new homes in his portfolio sooner rather than later.