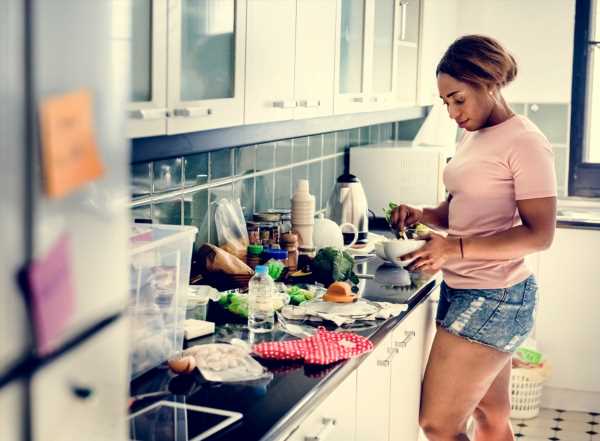 There’s new evidence that eating a plant-based diet could provide relief for people living with Crohn’s disease, a chronic and difficult-to-treat inflammatory bowel disorder. A new case study published in the journal Nutrients followed a man in his 20s who was diagnosed with Crohn’s disease. Despite a year of intravenous treatment, his symptoms continued. In his second year of treatment, the man reportedly abstained from all animal products and processed foods as part of a 40-day religious observation. During this time, he did not experience any symptoms of Crohn’s disease.

Instead of processed foods and animal products, the man ate fruits, vegetables, whole grains, and legumes. He was subsequently able to stop taking his medication. "This case study offers hope for hundreds of thousands of people suffering from the painful symptoms associated with Crohn’s disease," study co-author Dr. Hana Kahleova, director of clinical research at the Physicians Committee for Responsible Medicine, said in a press release.

Crohn’s disease is generally treated with medication and surgery. According to the study, 50% of patients require surgery within 10 years of being diagnosed and only 10% of patients achieve long-term remission. While more research is needed, the unexpected results of the plant-based diet could be due to the fact that plant-based diets are high in fiber, which feeds healthy gut bacteria and promote overall gut health, researchers said.

"This case study supports the idea that food really is medicine," Dr. Kahleova said. "Not only does it show that eating a high-fiber, plant-based diet could help lead to Crohn’s disease remission, but all the ‘side effects’ are good ones, including a reduced risk for heart disease, type 2 diabetes, and certain types of cancer."

A 2016 paper published in the journal Population Health Management explored the emerging trend of food as medicine, also known as culinary medicine. While food is definitely not a substitute for medication for all diseases, the paper noted that following a particular diet can alleviate symptoms of certain hard-to-treat disorders.

"Some eating patterns have been found to be as or more effective than prescription medication for some conditions: an anti-inflammatory eating pattern for rheumatoid arthritis; a ketogenic diet for epilepsy; a Mediterranean eating pattern for cardiovascular disease, advanced colon cancer, and type 2 diabetes," Dr. John La Puma, a California-based wellness and nutrition expert, wrote.

"Several foods have been found to be as or more effective as well: legumes for cholesterol lowering; soy nuts for systolic and diastolic hypertension; tree nuts for metabolic syndrome; baked and broiled fish for heart failure; honey and milk for acute cough. For many patients, nutritious food is medicine."

In some cases, medication may still be necessary to treat certain diseases. However, if you have Crohn’s or another illness that is not being alleviated by medication alone, it’s worth exploring whether or not changing your diet can help.

If you want to give food as medicine a try, talk to your doctor about what the current research looks like. Start slowly by beginning to eat a diet of fresh, unprocessed, whole foods. While this takes commitment, on top of financial resources, meal-preparation services can make it easy to cook nutrient-dense foods regularly. Keep a food journal where you can write down what you eat. Track your symptoms and see if you start to feel better after changing your diet. It’s definitely worth having a conversation with your doctor, at least.