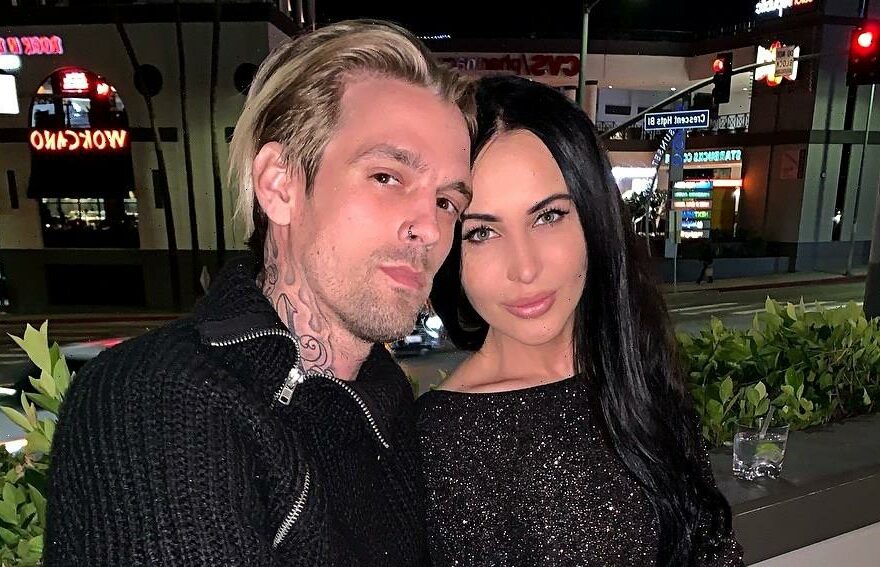 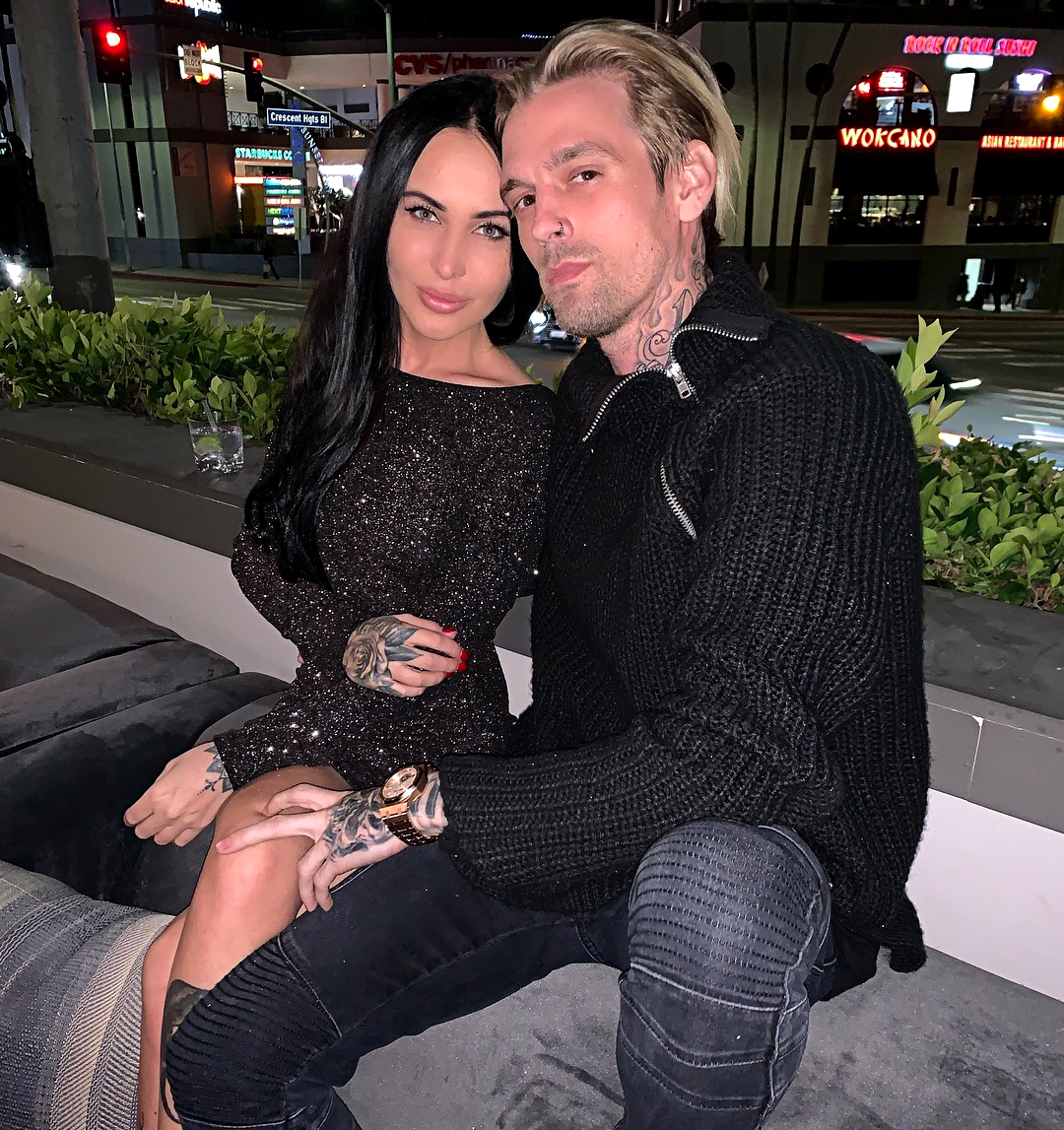 Remembering the good times. After Aaron Carter’s unexpected death, his ex-girlfriend Lina Valentina is speaking out.

“Aaron, I’ve mourned the loss of you [a] few days before we broke up [in 2019]. We’ve both cried our eyes out because your addiction won and we both knew it. For the last few years now, I knew that any day now I’d be writing this,” the tattoo artist, 32, captioned a string of Saturday, November 5, messages on her Instagram Stories. “You have no idea how hard your family and I fought to try and help you and get you back to sobriety; how much pain it has caused us to see your health deteriorate over the last years, but I want people to remember WHO you were when you were sober. I was fortunate enough to get you there and witness how incredible you were when you were healthy.” 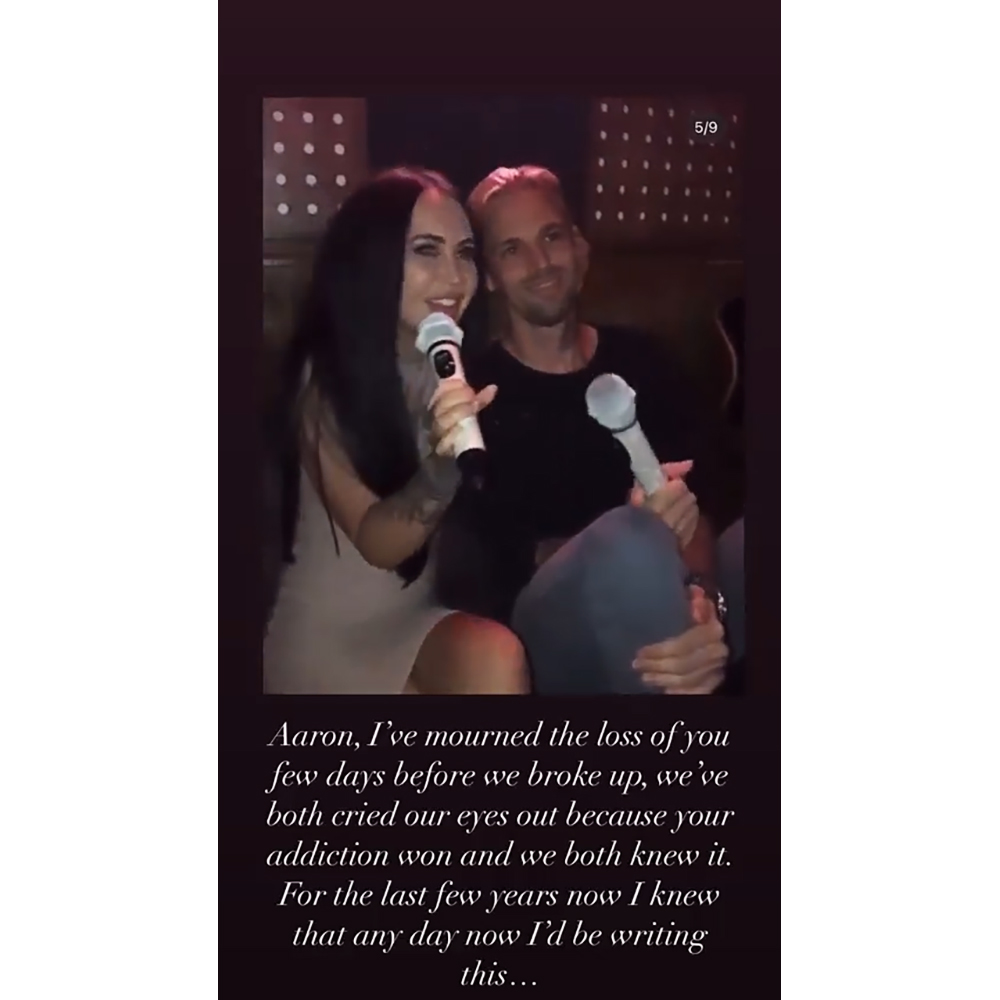 She added: “Even broken up, you’d always tell me you’d find me one day and if you die you’d find me. You can rest now, Aaron, I’m wishing you so much peace. You’re absolutely in a better place than you have been in the last couple years. Until we meet again.”

Revisiting Aaron Carter’s Ups and Downs Through the Years

Us Weekly confirmed hours earlier on Saturday that Carter — who had struggled with addiction through the years — had been found unresponsive in his California home, where he was pronounced dead. The late “I Want Candy” performer was 34. He is survived by his 11-month-old son, Prince, his mother, Jane Carter, and seven siblings, including Backstreet Boys singer Nick Carter.

Carter dated Valentina for nearly one year from September 2018 to August 2019.

“Lina and I have decided to go our separate ways,” the House of Carters alum told Us in August 2019 of his former relationship with the Russia native. “I was really hoping this would be the one that lasted forever. We had even talked about having kids, but we couldn’t seem to get past our differences and the relationship eventually turned unhealthy.”

He continued at the time: “I’ve been through so much the past few years and am trying to learn from my mistakes. I don’t have any regrets being with Lina, and I definitely learned a lot about myself. I think this decision was the mature thing to do. I’m going to keep focusing on my music, my tour and my fans. Hopefully, my soulmate is out there somewhere and I’ll meet her soon.” 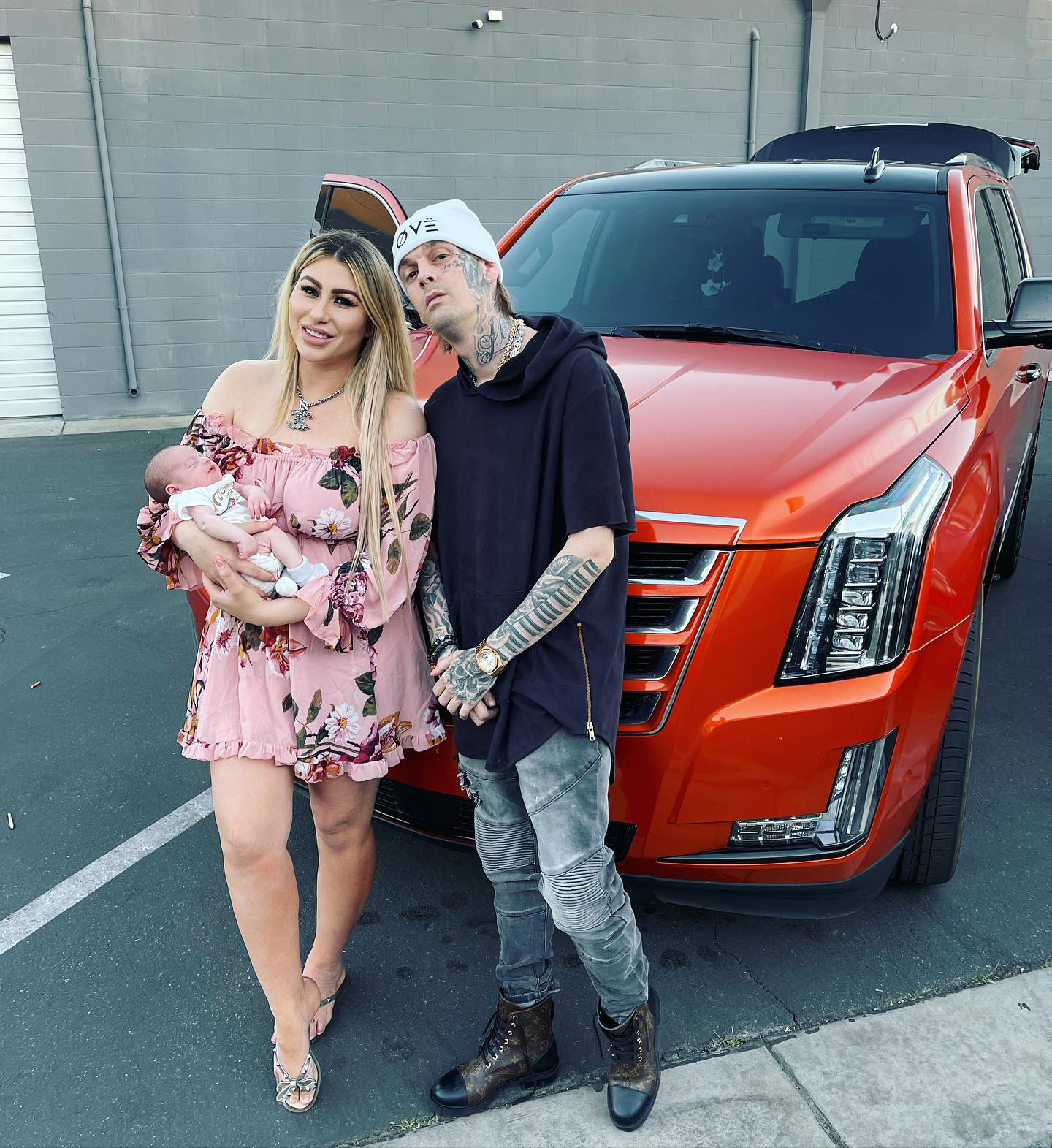 Aaron ultimately moved on with Melanie Martin, whom he proposed to in June 2020. The couple welcomed Prince one year later in November 2021 before breaking up in February. They seemingly rekindled their relationship by June. The 30-year-old model, for her part, has been candid about her bereavement.

“My baby. I can’t breathe,” Martin captioned a throwback Instagram Story photo with Aaron. “Goodnight to my soulmate, love of my life. RIP. Tonight, I imagine myself laying on your tattoo chest [sic] as I fall asleep on you as I did for 3 years.”

Martin has since shared a handful of family memories on her social media page, as has Valentina.

“We’ve explored every corner of this world together, we’ve fought, we’ve laughed, we’ve taught each other new things,” the No More founder added in her Story tribute. “We’ve spent so much time with our families together.”

Valentina continued: “I am screaming through tears with absolute pain and anger at people who have enabled you. … Except it’s too late for anger, Aaron. I will forever cherish our conversation when you were sober and confessions about your inner demons [and] your family. I love you so much, even though you and I have parted. Your twin sister [Angel Carter] has become such a close friend to me, I can’t wait to hug her and hold her. I wish you knew the amount of love Angel has for you.”