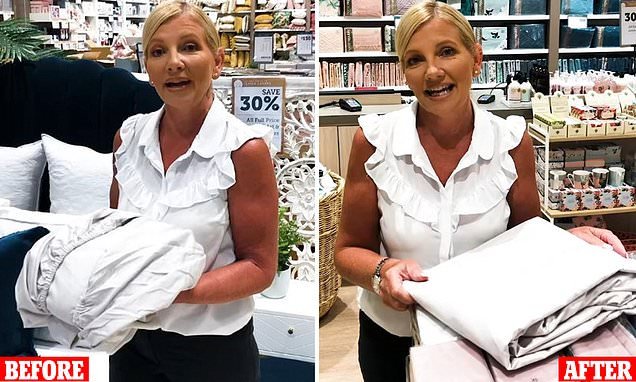 How to fold a fitted sheet in ONE minute: Homewares retail assistant reveals her clever six-step process for perfectly stored linen every time

A homewares retail assistant has shared the exact technique for folding a fitted sheet perfectly every time, and it takes just one minute.

Kris, who works for Adairs at Pacific Fair shopping centre on the Gold Coast, Queensland, was featured in a video for the homewares and linen store on Facebook.

The bubbly employee said that she’s used to seeing people roll the fitted sheet into a ball and stashing it away in the cupboard but there is an easier alternative. 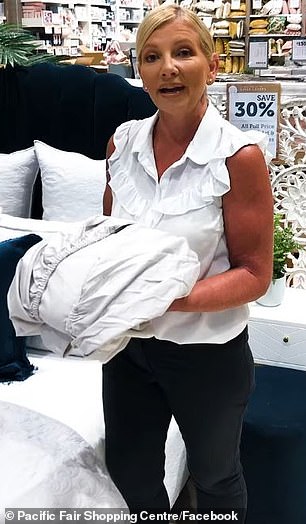 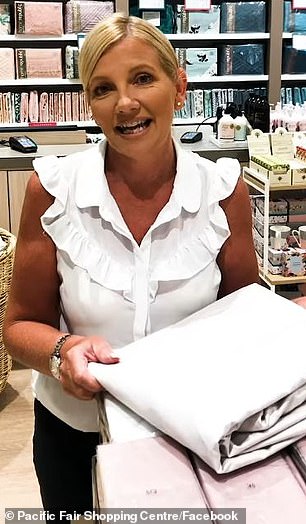 Kris, who works for Adairs at Pacific Fair shopping centre on the Gold Coast, Queensland, was featured in a video for the homewares and linen store on Facebook

It involves placing your hands in the corners and slowly transforming the linen into a rectangle, before carefully folding it up as a square.

Kris guided her audience through the process carefully, explaining that with the right care, you can fold the sheet by yourself without requiring help from another family member.

She placed her hands in the corner of either side of the top of the sheet and then placed it on the bed.

Step one: Place your hands in the corner of either side and lay it down on a flat surface.

Step two: Place your fingers on the outside corners and then push those corners inside out.

Step three: Place your fingers on the inside of the sheet, corner to corner.

Step four: Gather the ends of your elastic, corner to corner,  then pick it up and give it a good shake.

Step five: Place your right hand into the corner of the sheets and then tuck your left hand under the corner. Place the sheet on a flat surface to form a rectangle shape.

Step six: Take your corners, fold over into the middle on both sides and then fold it into a nice squares.

Then she placed her fingers in the outside corners and pushed those corners inside out.

She gathered the ends of the elastic corner to corner and then picked it up to ‘give it a good shake’ and remove any kinks.

The final stage was forming that rectangle before rolling it into a ‘nice square’.

‘Now you know how to fold a fitted sheet there are no excuses,’ she said. 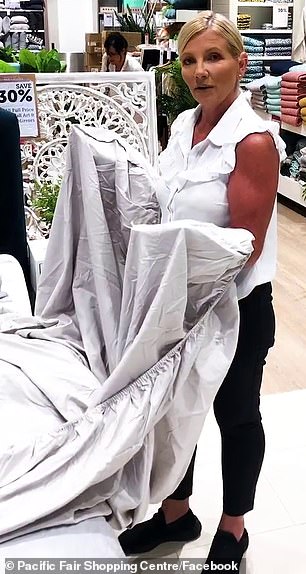 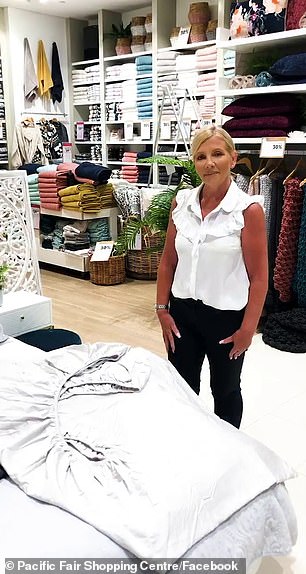 Kris walked her audience through the steps one by one, finishing in little more than 60 seconds 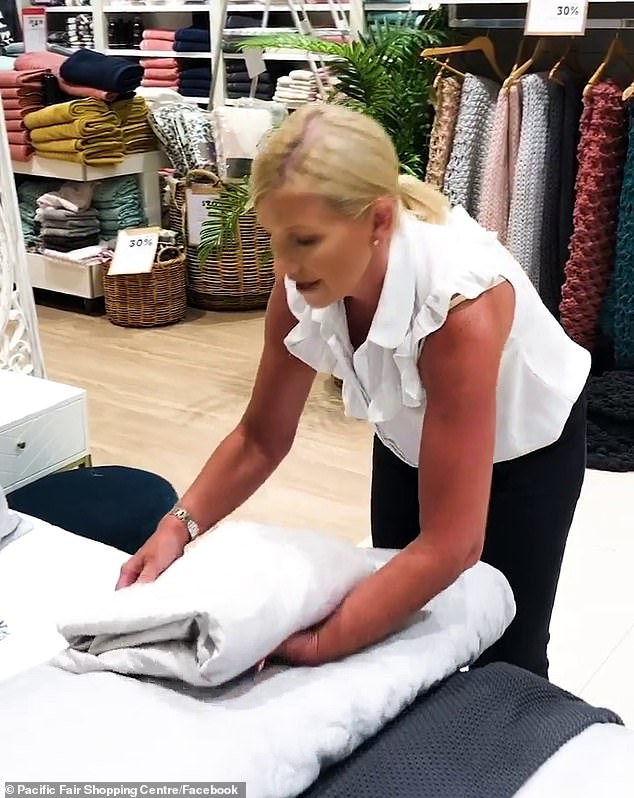 Many of the comments were excited about the idea of finally being able to fold their linen, while others said they would use their tried-and-true version

Many of the comments were excited about the idea of finally being able to fold their linen, while others said they would use their tried-and-true version.

‘I really like this way however I just think the ball version works for my linen closet,’ one person said.

‘I will promptly forget this by the time I get to my fitted sheet,’ another said.

A third added: ‘That’s a lot of steps. I always get stuck on step three which In our house is leave it in the basket step.’