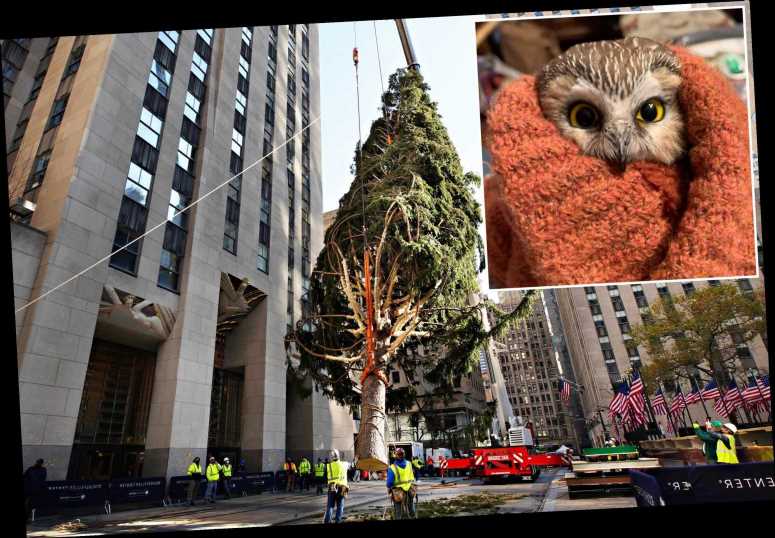 Was “adorable owl” on someone’s wish list this year?

If so, it seems Santa Claus may have delivered the gift a few weeks early — not wrapped with a bow, but tucked inside the iconic Christmas tree that crews tree that crews erected at Rockefeller Center this week.

Workers discovered the feathered creature clinging for its life on the 75-foot-tall Norway spruce over the weekend. Soon after, Ellen Kalish, director and founder of Ravensbeard Wildlife Center in Saugerties, NY, got a call from a stranger asking whether they accept owls for rehab.

“I said absolutely,” Kalish told The Post — in fact, they “specialize in raptors,” including owls.

The bird was discovered as crews were “unwrapping” the tree, said Kalish, who drove about a half-hour to meet the wife of one of the men who transported the tree from upstate to Midtown. It wasn’t immediately clear whether or not the precious bird was injured.

One thing that didn’t add up: Owls are born in the spring, so Kalish knew it couldn’t be a baby owl, known as an owlet. When the rescuer saw “that adorable face,” she immediately knew it was no newborn but an adult northern saw-whet. The birds grow to only about 5 inches tall and weigh a mere 2 to 3 ounces, and are frequently mistaken for juvenile owls.

That fact doesn’t remove its cuteness, however.

“I thought it was such a heartwarming Christmas story, that there was this secret in the Christmas tree,” said Kalish, who first shared photos of the “bright”-eyed bird on Facebook in a post that scooped up nearly 2,500 shares by Wednesday morning.

The bird had gone an estimated three days without food or water before Kalish began “feeding him all the mice he will eat.” She also pointed out that the cute creature’s true sex wouldn’t be revealed until a doctor made an assessment Wednesday afternoon. 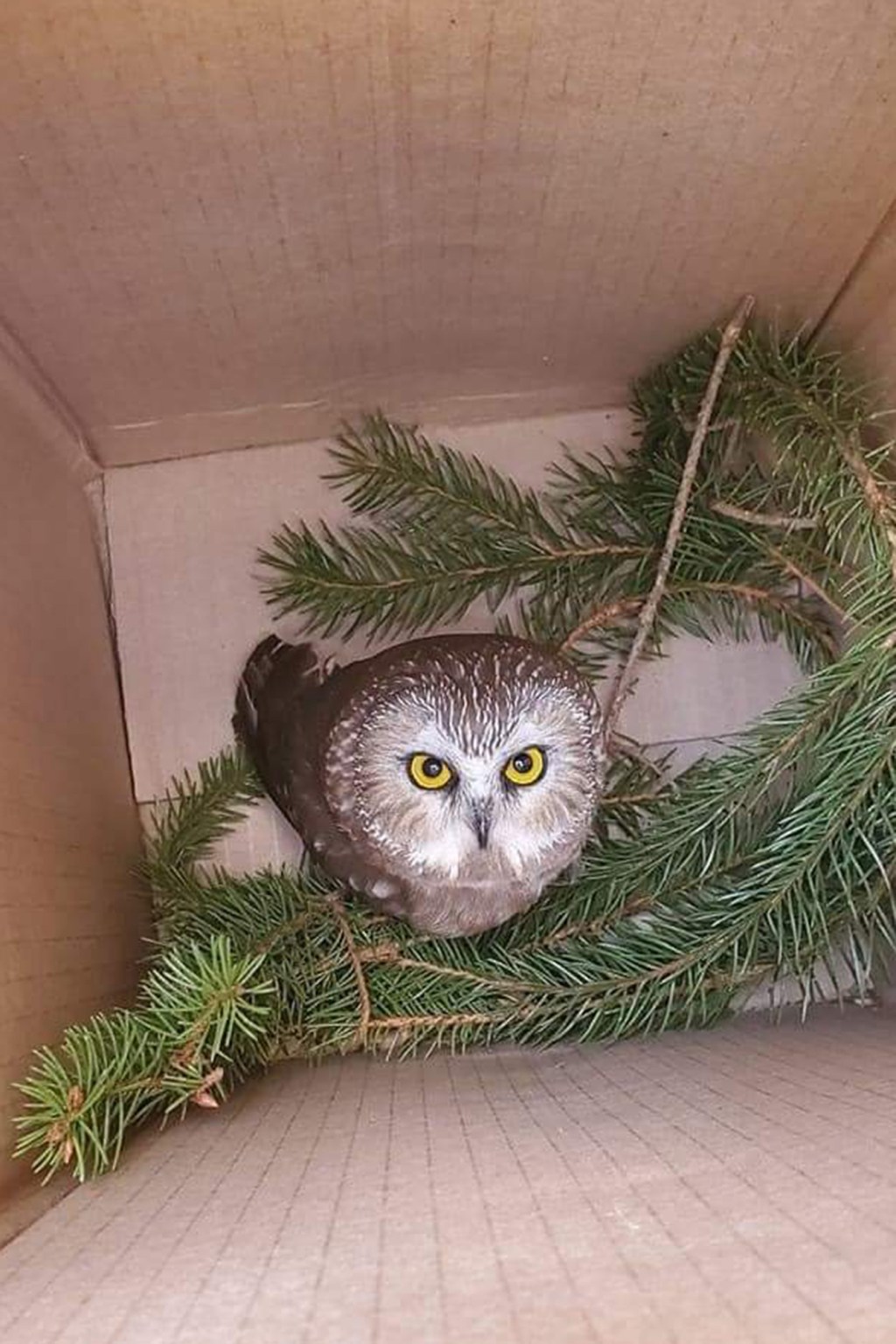 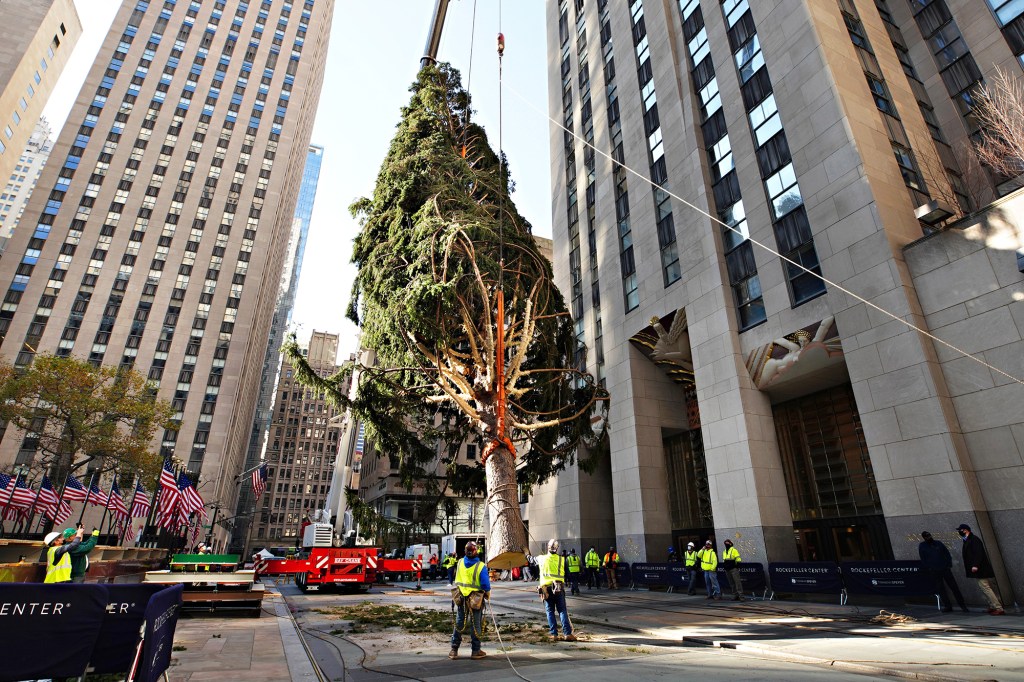 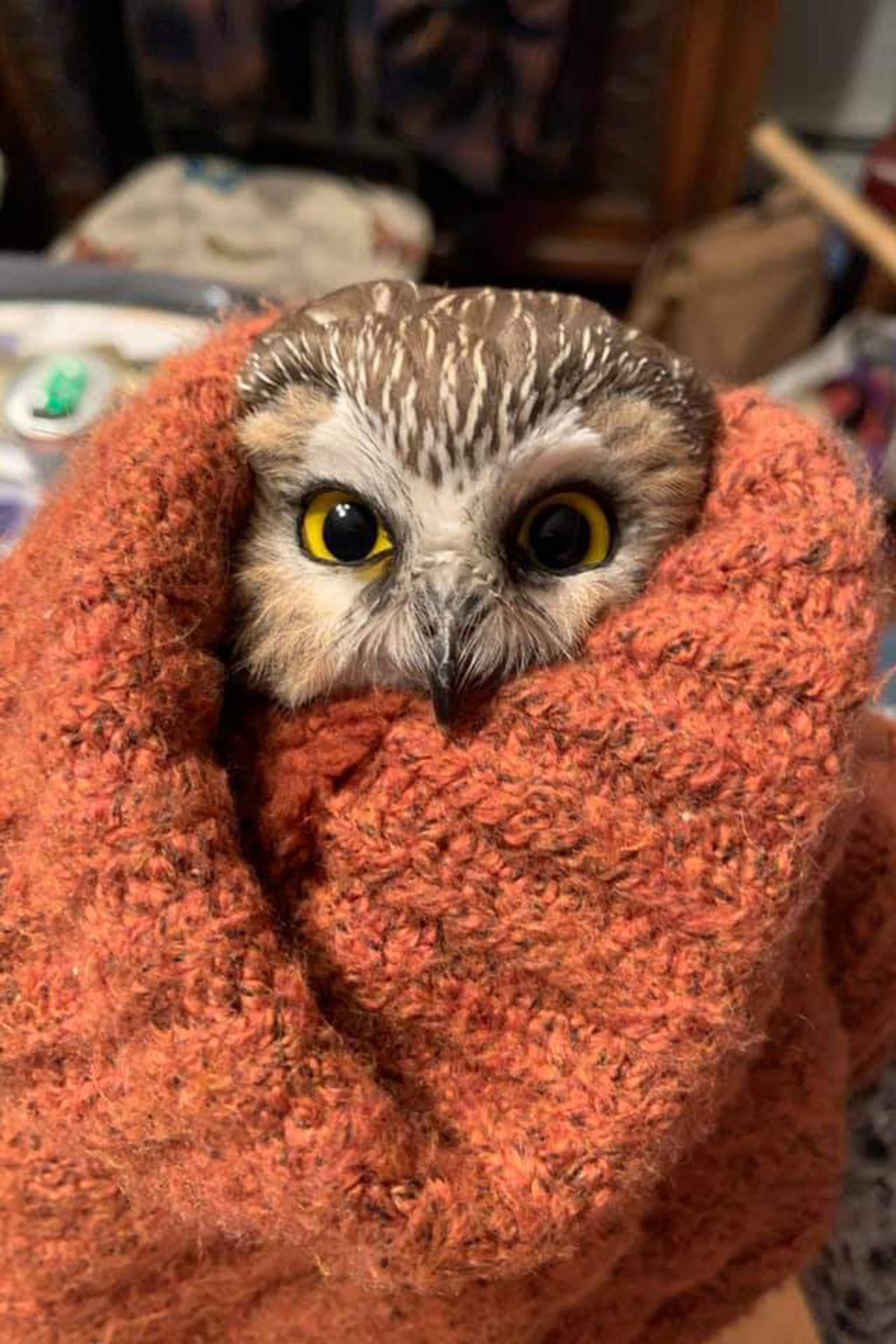