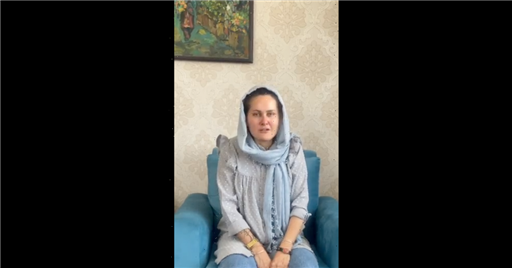 Sahraa Karimi, the Afghan filmmaker and general director of national film company Afghan Film, has called for support from cinema communities around the world as her country falls to the Taliban insurgency.

The Taliban effectively took control of Afghanistan on Sunday after seizing the capital Kabul, overthrowing the incumbent government, with president Ashraf Ghani fleeing the country. The U.S. has evacuated embassy staff and troops have been dispatched in a bid to take control of Kabul airport to help evacuate thousands more who are fleeing the new regime.

Karimi posted a statement on Twitter addressing “all the film communities in the world”.

“I write to you with a broken heart and a deep hope that you can join me in protecting my beautiful people, especially filmmakers, from the Taliban…They have massacred our people, they kidnapped many children, they sold girls as child brides to their men,” she wrote.

“It’s a humanitarian crisis, and yet the world is silent…They will ban all art. I and other filmmakers could be next on their hitlist,” Karimi warned. You can see the statement in full further down this page.

Sahraa Karimi posted further updates over the weekend, including sharing footage of disturbing scenes from Kabul airport where thousands of people appear to be stranded as they attempt to flee the Taliban. According to Reuters, at least five people were killed at the airport as they desperately sought an escape route.

Karimi is the first and only woman in Afghanistan to hold a PhD in cinema. Her credits include Hava, Maryam, Ayesha which screened at Venice in 2019.