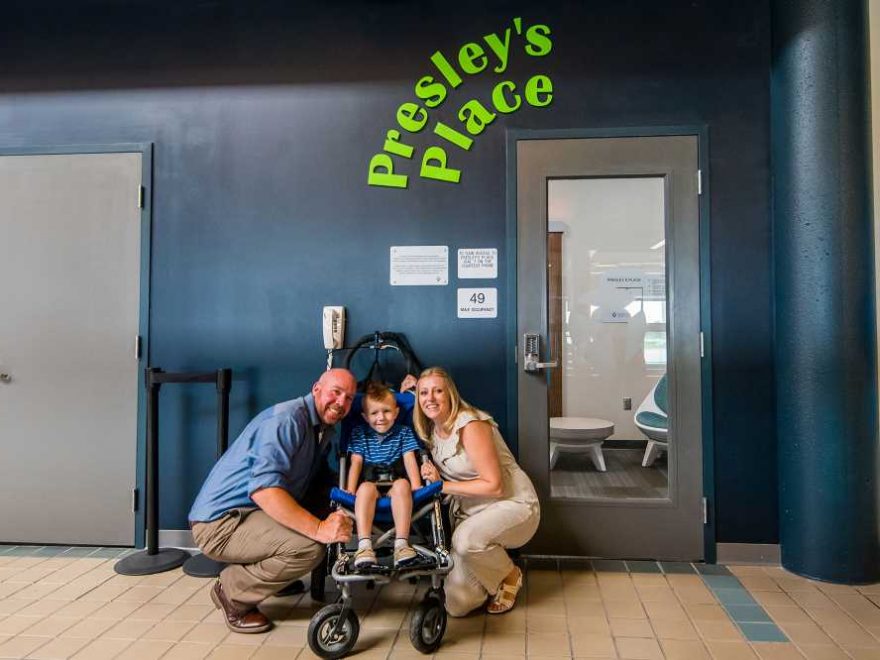 Traveling can be stressful for any family of young children, but the prospect can be overwhelming for kids with autism.

That’s why Pittsburgh International Airport just installed a “sensory room,” which will help those with autism and other special needs acclimate to the in-flight experience before stepping onto the plane. The sound-proof space includes a reproduction of an American Airlines jet cabin — seat belts, overhead bins and all — allowing kids to get used to the environment. The 1,500-square-foot room is also equipped with comfy seating, soothing lights, bubble tube lamps and an adult-sized changing table.

The idea came from PIA employee Jason Rudge, whose 4-year-old son Presley has autism. He had his first “sensory room” experience two years prior, which Jason says made a positive impact on Presley.

“The difference was like night and day after he went into a sensory room,” Rudge, 39, tells TODAY. “He’d come out of the sensory room and be ready to interact with others.”

Eventually, Rudge, a heavy equipment operator at PIA, reached out to the airport’s CEO with the idea.

“I sat down and did my research, then wrote a letter to the airport CEO with my idea,” says Rudge. “Two weeks later, she called me into her office and said, ‘This is going to happen.”

Cassotis says it’s just another way of being conscientious of airport customers.

“It’s incredibly important that we are able to welcome all the passengers here who want to be here and we want to give them the best experience before they get on the airplane,” says CEO Christina Cassotis. “We see this as an enormous public service and opportunity. It’s going to make things better for families and for their fellow passengers.

Rudge hopes the room, affectionately dubbed “Presley’s Place,” will allow families “to go on vacations that [they] never thought they could.”

As for Presley, he’s certainly a fan.

“The look on his face was everything,” says Rudge. “He put on his seatbelt right away and was ready to go.”