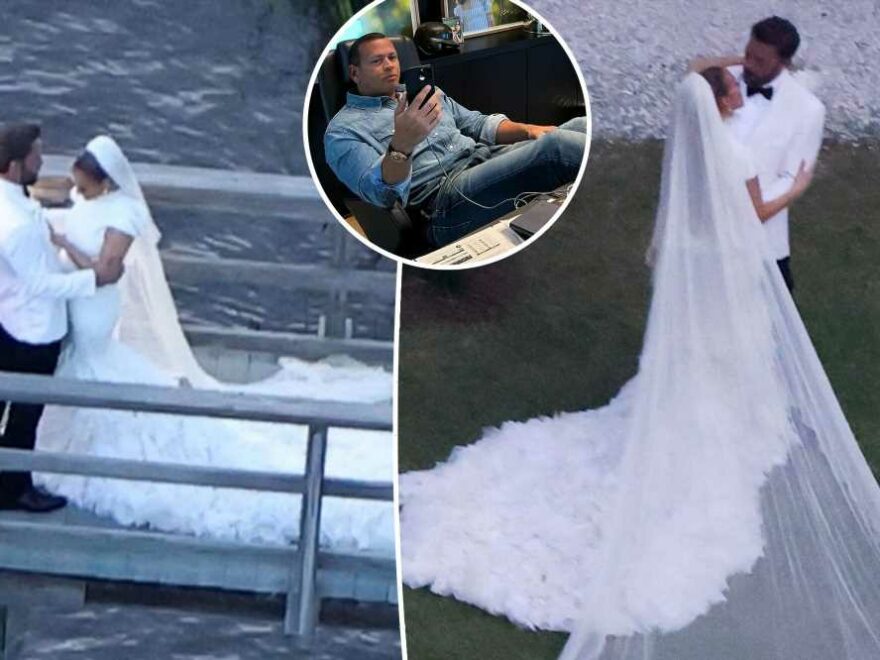 Alex Rodriguez has ‘no regrets’ about relationship with Jennifer Lopez

While Alex Rodriguez may not have been in attendance at Jennifer Lopez’s lavish all-white wedding to Ben Affleck in Georgia over the weekend, his outfit choice suggests his ex-fiancée might’ve still been on his mind.

On Friday, just as the Bennifer nuptials were kicking off, the former baseball pro posted an Instagram photo of himself kicking back in his office wearing an all-denim outfit.

And in a “fit check” video shared the same day, A-Rod revealed his Canadian tuxedo was by Ralph Lauren — the very same designer behind J.Lo’s dramatic wedding dress.

The “Waiting for Tonight” songstress, 53, walked down the aisle in a custom cap-sleeved creation with a cutout back, curve-skimming silhouette and a head-turning ruffled train.

She also sported a 20-foot-long veil, which the couple’s five children — Lopez’s 14-year-old twins Max and Emme along with Affleck’s daughters Violet, 16, and Seraphina, 13, and son Samuel, 10 — helped carry.

Page Six was the first to report that J.Lo would be wearing Ralph Lauren on her big day; the entertainer previously picked the American designer to dress her for the 2021 Met Gala, which she attended with Affleck, 50. 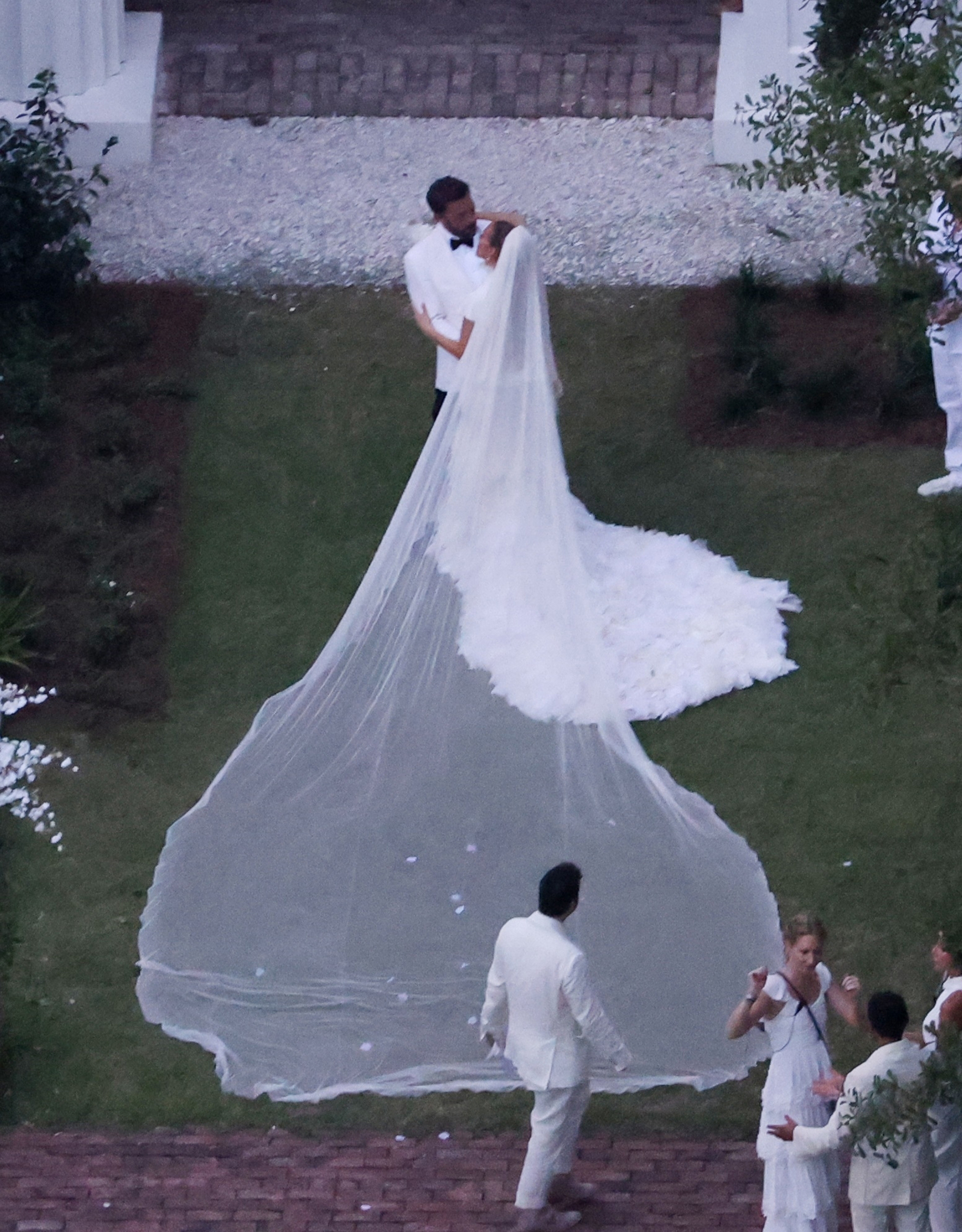 It’s unclear whether Lopez and Affleck’s children also wore Ralph Lauren for the wedding, but they coordinated with their parents in all-white attire.

Rodriguez, 47, began dating Lopez in early 2017 and proposed in 2019 with a 16-carat emerald-cut diamond ring worth an estimated $1.8 million, but the two stars broke up and called off the engagement in 2021 — just one month before J.Lo rekindled her romance with Affleck. 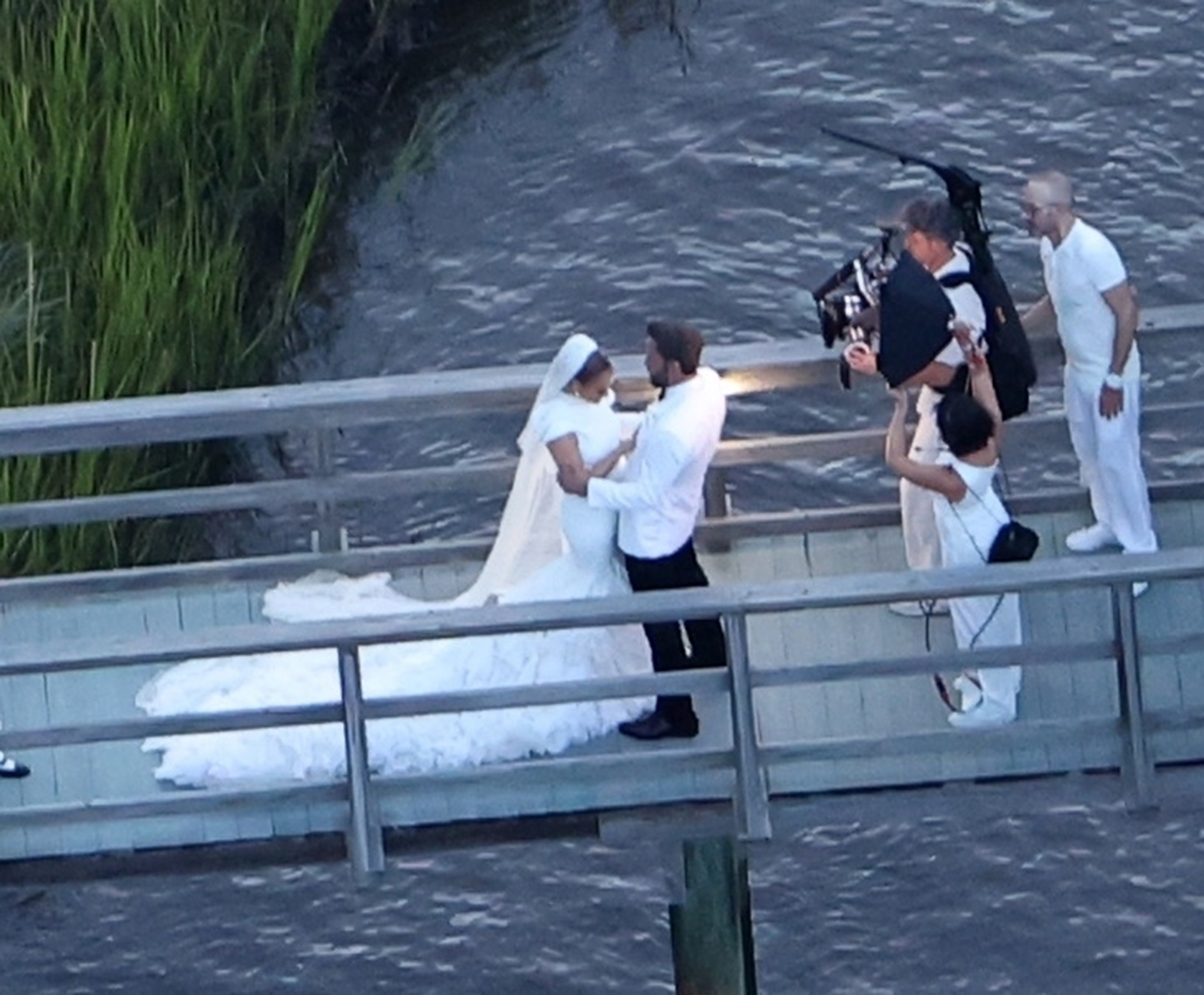 The former Yankee recently said he has “no regrets” about their relationship, adding, “She’s the most talented human being I’ve ever been around. Hardest worker. And I think she is the greatest performer, live performer in the world today that’s alive.”