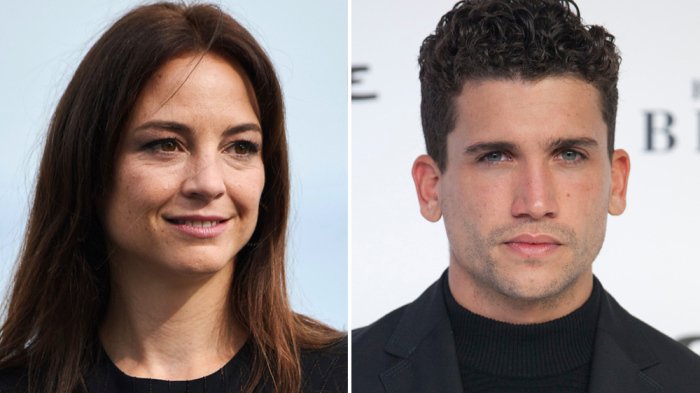 MADRID — Amazon Prime Video has announced a slate of three new Spanish original series set for 2020, which will strengthen the streamer’s domestic catalog in the country. It also shared the first trailer for its second Spanish soccer docu-series “El corazón de Sergio Ramos” (The Heart of Sergio Ramos).

“’El Cid’ will be a unique and ambitious series that requires a cast with incredible talent and agility,” said Georgia Brown, Amazon director of European Original series in a press release. “Rodrigo Díaz de Vivar is a fascinating figure, a true hero whose exploits have been perpetuated over the centuries and we are excited to be able to give him life as never before with this impressive production.”

Amazon and Zebra Producciones are teaming on the show, one of the most ambitious original Amazon productions to date in all of Europe and the largest historical series ever shot in Castilian Spanish. A set of more than 43,000 square feet, natural settings, hundreds of extras, special effects and a team of more than 200 professionals will bring the production to life.

The series is being produced by Sara Fernández-Velasco and creator José Velasco, with Luis Arranz responsible for the eight-person screenwriting staff. Adolfo Martínez will direct and two-time Oscar-winning composer Gustavo Santaolalla (“Brokeback Mountain,” “Babel”) is signed on to handle original music.

Set in the 1940’s after a serial killer has taken the lives of a number of prostitutes, Marina Belloch, a high-society woman of means, commits herself to tracking down and apprehending the killer with help from her loyal butler Hector. She will face harsh resistance however in gender profiling, a mother intent on marrying her off and a stubborn brother, now head of the police force.

“We know the Spanish public is looking forward to seeing local series from the best creators. This is an authentic story that combines drama, comedy, romance and a lot of action in a series that nobody will want to miss and that we are sure will be a success, not only in Spain but internationally,” said Brown of working with Bambú and the story they’ve put together.

The series will be directed by Goya and Bafta nominee Guillem Morales, and Goya winners Alberto Ruiz Rojo and Patricia Font, with Susana López leading the writers’ room. Atresmedia Studios are producing the ten-episode 19th century romantic drama for Amazon Prime Video in collaboration with Madrid’s Boomerang TV. The series will take viewers around the world to Mexican mining communities, London’s high society neighborhoods, the heart of Cuba’s slave trade and the wineries of Jerez in southern Spain.

“This ambitious production, with its beautiful locations, will tell the captivating and explosive story of a journey that intertwines the lives of Soledad and Mauro, addressing issues such as love and identity. We are very excited to start the production of the series with an incredible cast and a very talented director,” said Brown.

Amazon Prime Video also debuted the trailer for its, in some parts of Spain anyway, highly-anticipated upcoming Spanish soccer docu-series “El corazón de Sergio Ramos,” which follows the Spanish national team and Real Madrid legend through his everyday life over parts of the 2018-19 season, the most tumultuous Real Madrid has faced in years, after winning the European Champions League four times in the last five years.

The series is one more example of how Amazon has made a play to attract sports fans, a key demographic for any TV player, traditional or streaming, following the success of docu-series “All or Nothing: Manchester City” and another Spanish series, La Liga-based and Primetime Emmy-winning “Six Dreams.”

Other announced content includes Starbucks and Joe Roth-produced “This Is Football,” and the weekly U.K. series “Back of the Net,” hosted by the recently retired English fan favorite Peter Crouch and produced by Sony’s Human Media.