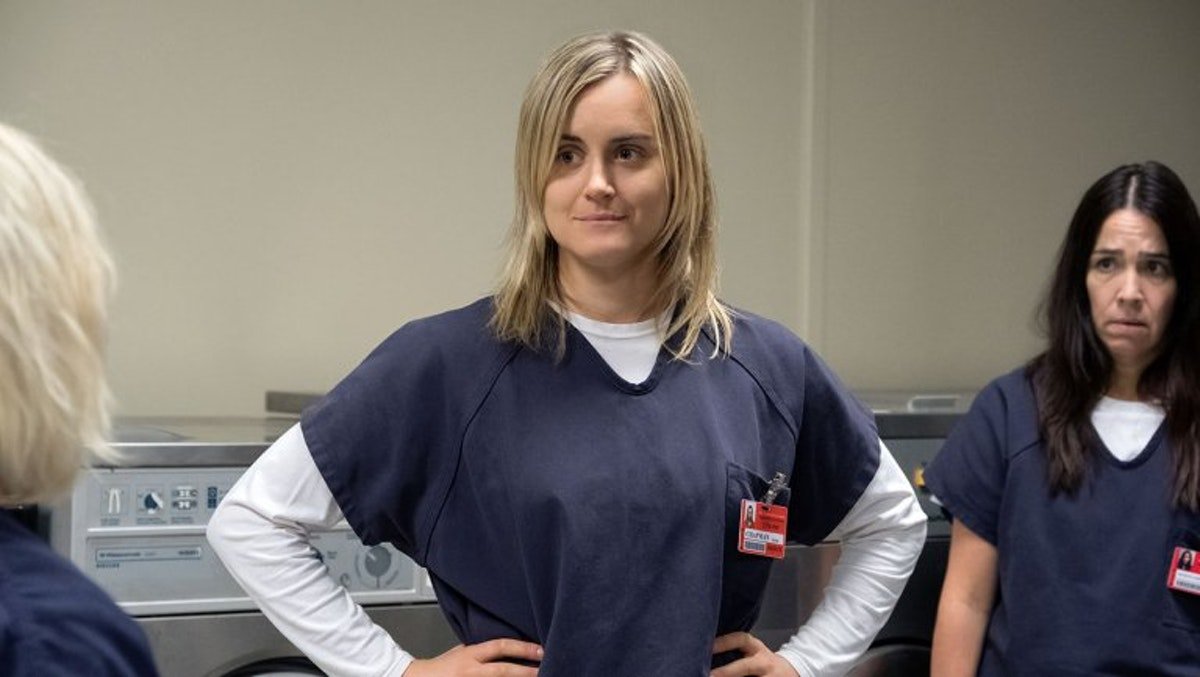 Orange is the New Black has always been jam-packed with countless stories. The series was groundbreaking in its ability to tell a wide range of stories from diverse perspectives, thanks to its large ensemble cast. But, there’s one character who’s been at the core of the series from the very beginning, and that’s Piper Chapman (Taylor Schilling). The entire series begins with Piper’s first day in prison, and audience have followed her story for six seasons. The seventh and final season of Orange is the New Black premieres on Netflix on July 26, and it’ll present the conclusion of Piper’s story. But before her story ends, it’s important to remember how things left off for her. What happened to Piper in Orange is the New Black Season 6? This refresher will remind you of everything you need to know.

At the start of Season 6, Piper arrives at maximum security prison after the Season 5 riot led to the closing down of the minimum security prison. All of the prisoners get relocated, with some people even moving to facilities across the country. At the end of Season 5, Piper proposes to her longtime love Alex (Laura Prepon). So she begins her time in maximum security prison desperately trying to find Alex. She tries so hard that she asks another prisoner, Badison (Amanda Fuller) to help her get into the medical unit to search for Alex there. Badison trips Piper and gets her a couple days in a hospital bed. But, unfortunately Piper doesn’t find Alex there. She does end up with a gap tooth for a little while, though. 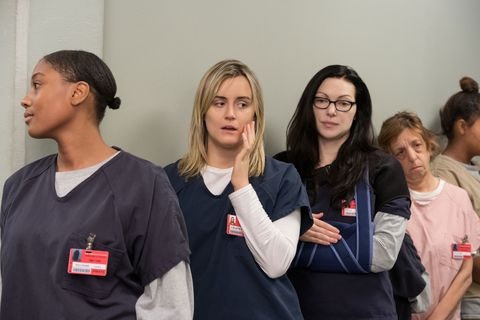 Eventually, Piper does find Alex and they get to spend the rest of the season being a cute couple. That is, they can be cute during the moments they’re not getting swept up in the ongoing gang war of the prison. Piper ends up rooming with Badison, who’s a higher-up in one of the gangs and who has a vendetta against Piper simply because she doesn’t like her. Alex attempts to get in with Badison in order to protect her fiancée. But that still can’t save Piper from a big ol’ wad of Badison’s gum landing in her hair and resulting in a very choppy haircut.

Piper’s always loved a good project to keep herself busy, and so she decides to focus on leaving behind something positive once she’s out of prison. She considers writing about her experience, which is a very self-conscious nod to the memoir by the real-life Piper that provides the basis for the TV series. But instead of writing, Piper decides to revive Litchfield’s tradition of kickball. A lot of the other prisoners are on board for Piper’s new extracurricular activity, mostly because it gives them the opportunity to fight their opposing gang members. But, nevertheless Piper gets a an active kickball league up and running.

In the penultimate episode of Season 6, both Piper and the audience get a big surprise: Piper is being released early. The news sends Piper for a loop since she wasn’t fully prepared for it. But, before she leaves Litchfield for good, she has one last quintessential prison experience. Alex sets up a prison wedding for the two of them, and Piper makes Alex promise that she’ll get out so they be together in the real world.

In the last scene of Season 6, Piper sits in the passenger seat while her brother drives her home. He asks her what she’s going to do now, and the answer to that question is exactly where Season 6 picks up.

You can watch all of the final season of Orange is the New Black when Season 7 premieres on Netflix on July 26.