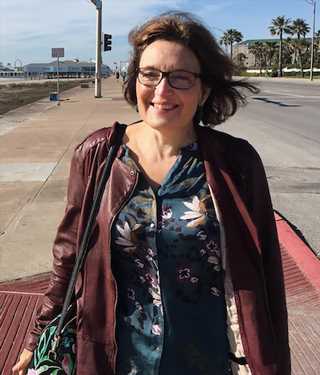 The body of scientist Suzanne Eaton, who had been missing in Greece for nearly a week, has been found by local authorities. Details surrounding the discovery and the events that led to her tragic death are still under police investigation.

Eaton, a molecular biologist at the Max Planck Institute of Molecular Cell Biology and Genetics in Germany, disappeared while out for a run on the afternoon of July 2, her family said in a Facebook group created to aid in the search. Eaton was attending a conference at the Orthodox Academy of Crete and was somewhat familiar with the area as she had attended conferences there previously.

The 59-year-old scientist was known to run for 30 minutes every day, and the family said that she had done so the previous day at the same time, though details of where she was going remain unknown. Her cell phone and other belongings were left in her hotel room.

“Due to the rough terrain and extreme heat, we believe the most likely possibility is that Suzanne may have either become overheated and looked for shade or that she may have fallen,” the family said in a statement on Facebook on Monday.

Eaton’s employer confirmed her death on Tuesday, revealing that her body was found on the evening of July 8.

“It is with enormous sadness and regret that we announce the tragic demise of our dearest friend and colleague, Suzanne Eaton,” the institute’s statement said, adding that “authorities have not yet completed their investigation regarding the events that may have transpired on Tuesday afternoon, 2nd July.”

“We are deeply shocked and disturbed by this tragic event. Suzanne was an outstanding and inspiring scientist, a loving spouse and mother, an athlete as well as a truly wonderful person beloved to us all. Her loss is unbearable.”

A statement in the Facebook group Tuesday, said that they “cannot comment on anything at this time,” but will post further details once the family is able.

A fundraiser on the Facebook page raised more than $40,000 to aid in the search for Eaton. Local volunteers and members of the conference scoured nearby areas, and people with drones uploaded aerial footage to help the search.

Eaton’s entire family went to Crete to look for her, including her sister, brother-in-law, niece and nephew in addition to her husband, British scientist Tony Hyman, and their two sons, Max and Luke.