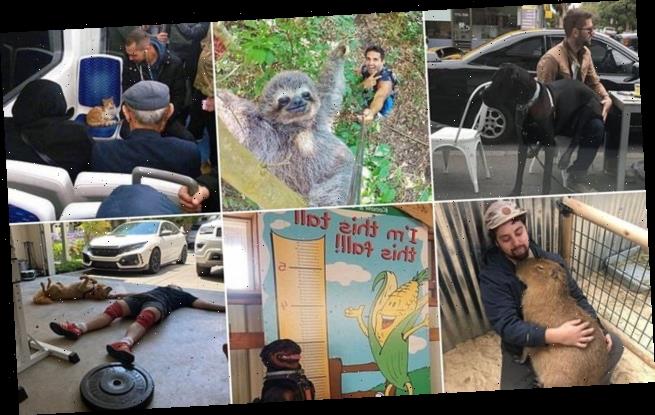 Over the years humans and animals have forged an unbreakable bond, leading pet owners to do some unusual things for their furry friends.

And it isn’t just pets who make us smile, with people out and about stumbling upon sweet animals.

An online gallery compiled by Diply shows some of the most adorable interactions between man and beast including large dogs crushing their owners as they try to sit on their laps and an extremely cuddly capybara. 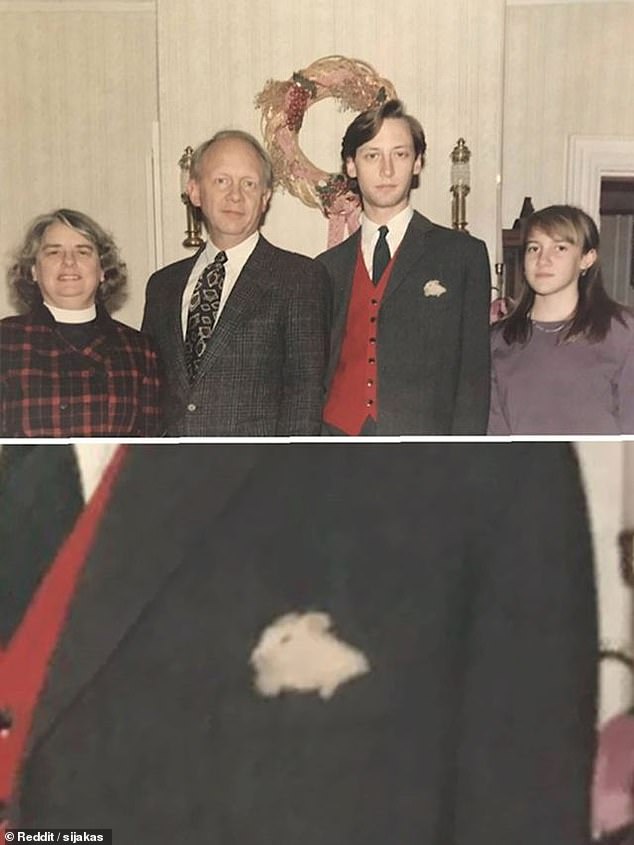 One family made sure everyone in their home was involved in their portrait, including their much-loved hamster perched in the younger man’s jacket pocket. Pictured in an unknown location 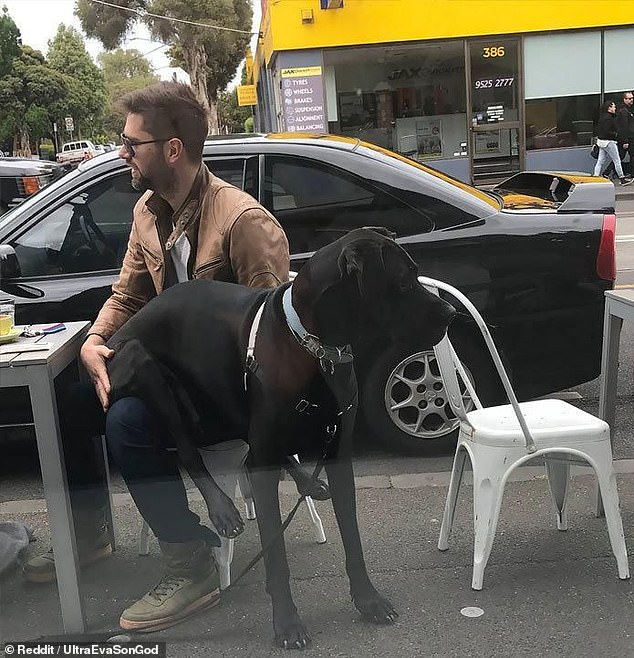 Dog-sitting: One pet lover, in an unknown location, attempted to relax outside a restaurant but found his big black dog wanted to perch on his lap 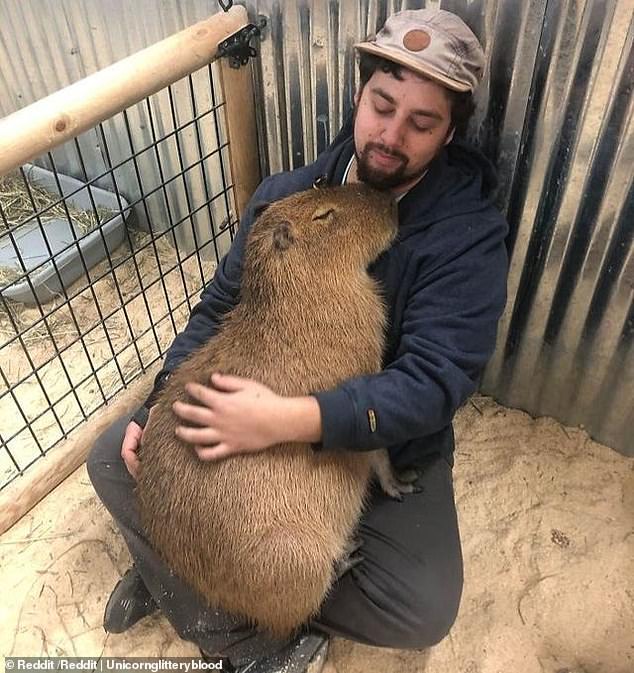 Hug time: Although not the usual animal you expect to snuggle with, this capybara looks to give the best cuddles as this man wraps his arms around the soft animal in an unknown location 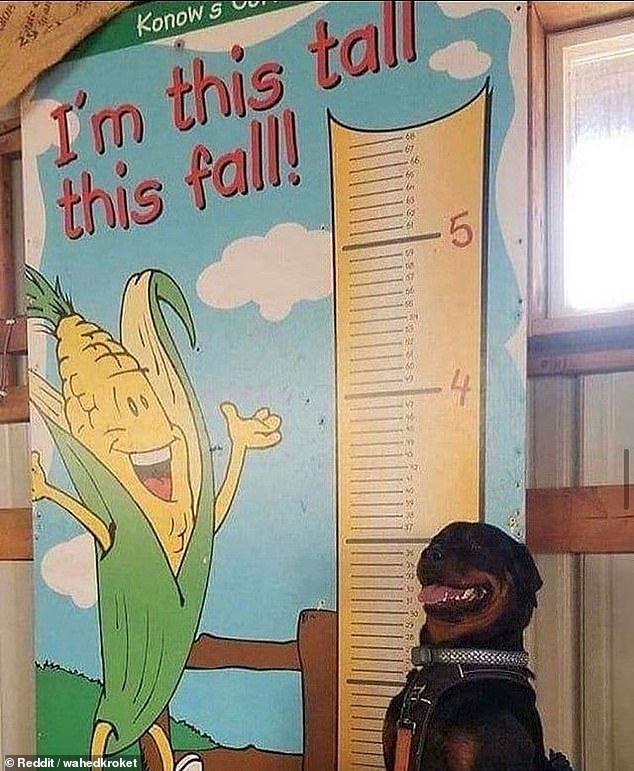 One sweet little Rottweiler dog appeared extremely pleased to have been more than three feet tall when he was measured during the autumn season, believed to have been taken in the US 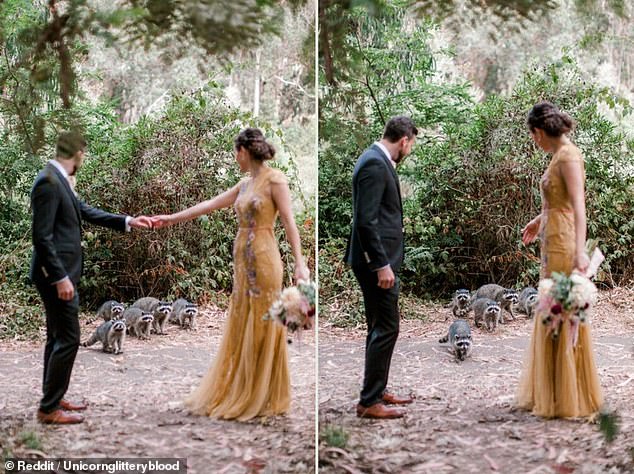 Wedding crashers: A gaze of raccoons decided they wanted to be party of the wedding party, appearing from the bushes while the newlyweds took pictures for their wedding album. Pictured in an unknown location 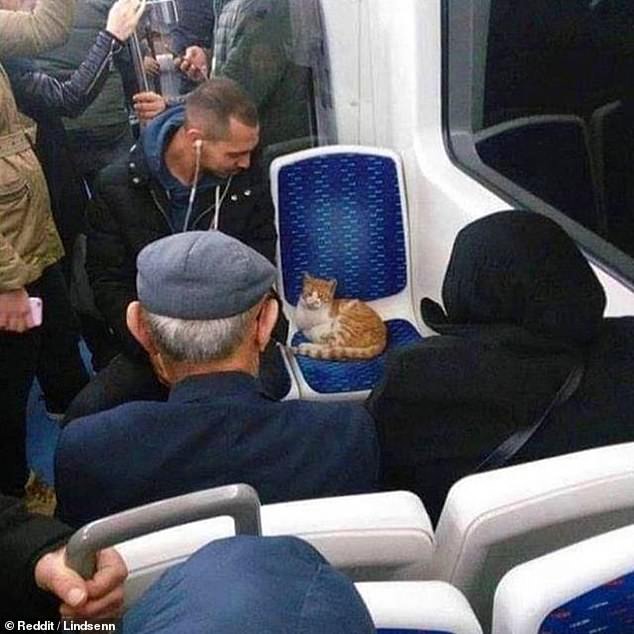 A furry passenger: Commuters opted to let this sweet ginger stray cat keep his seat on the train on his way home after a long day. Pictured in an unknown location 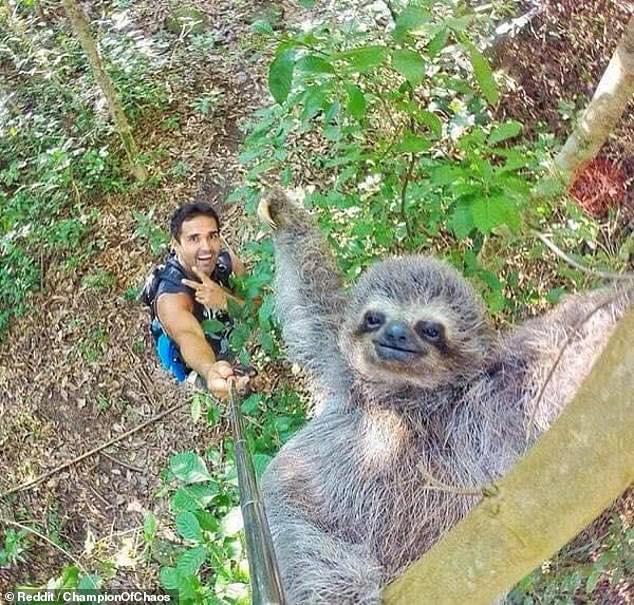 Despite being known as one of the laziest animals in the world, this happy sloth was more than willing to pose with this man armed with a selfie stick in an unknown location 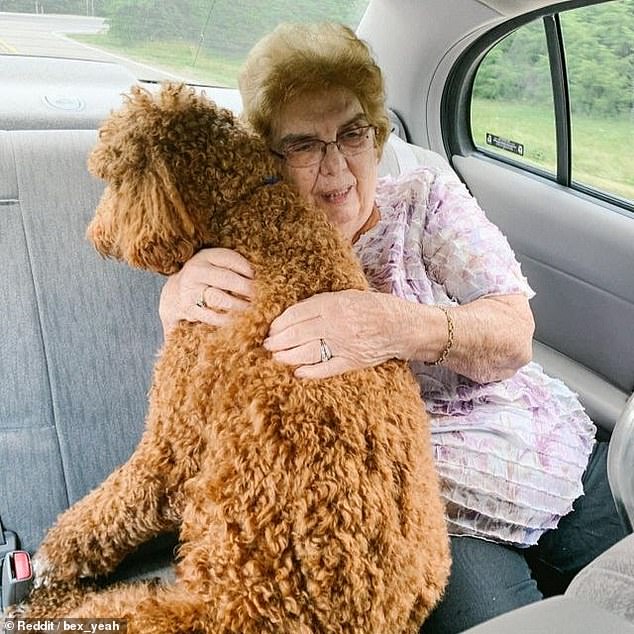 Nervous passenger: This pensioner, believed to be from the US, was so powerless to the charms of this sweet fluffy dog she even opted to sit in the back of the car to comfort the animal 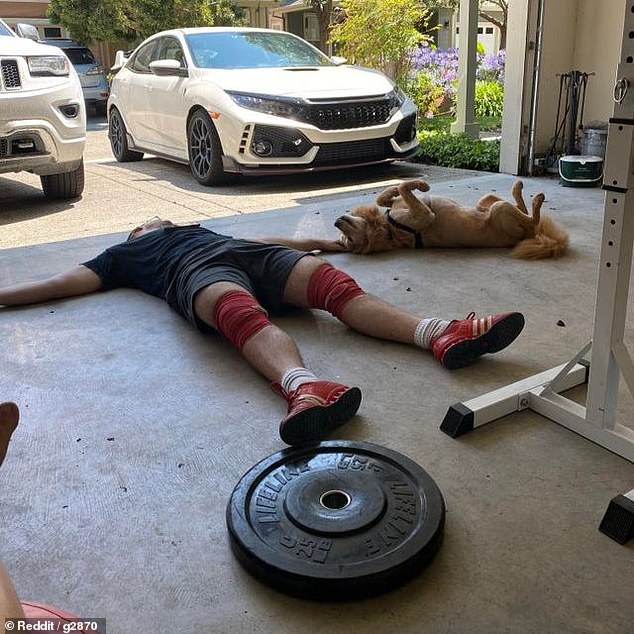 Dog tired: This sweet pooch named Dale flopped on the floor to join his owner, believed to be in the US, after a tough workout with his weights 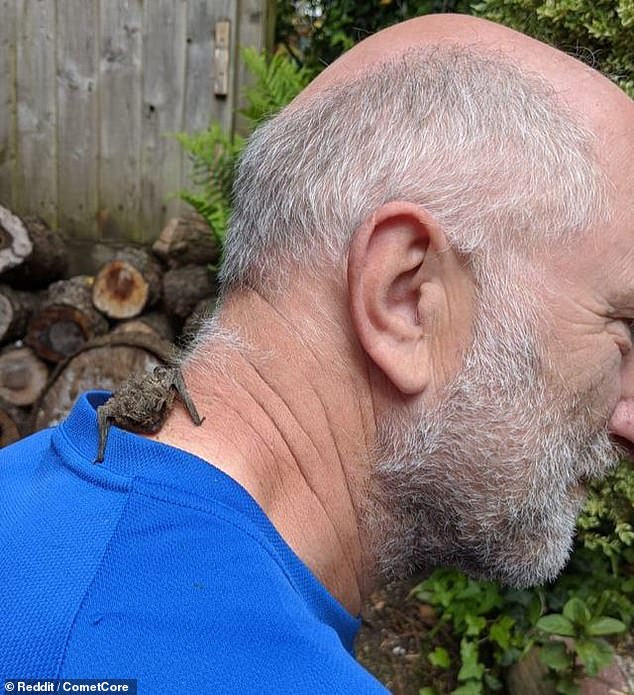 After rescuing this little bat from the ground, cleaning him up and feeding him, this man, from an unknown location, has made a firm friend with the creature who often comes back to visit him