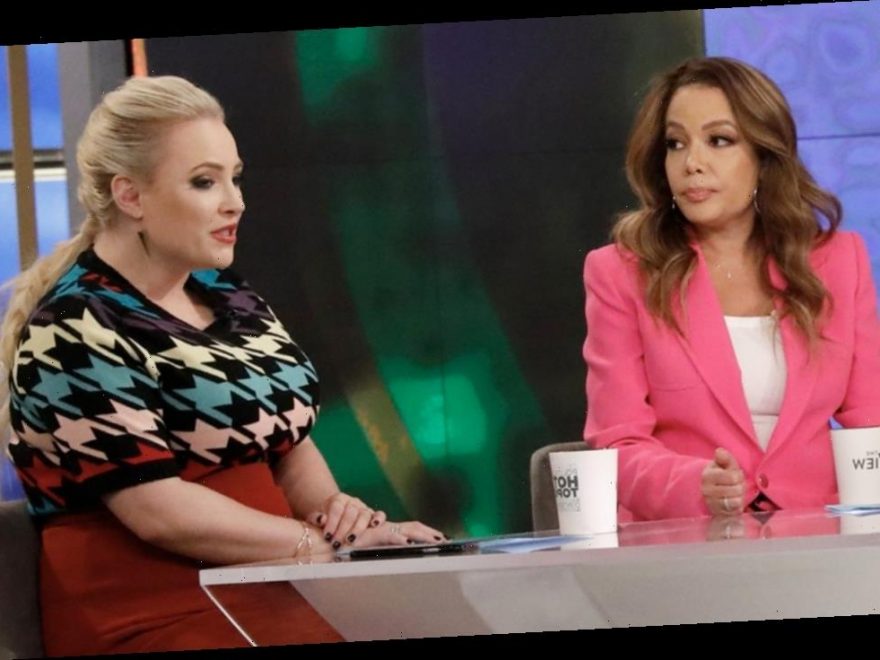 Meghan McCain is the controversial co-host on The View. The Republican pundit is never afraid to give her opinion on the ABC talk show knowing that she will most likely not fall on the popular side. It’s the dynamic that the show was founded on that keeps viewers coming back. However, McCain is extremely polarizing and despite many fans excited for the season 24 premiere, they’re not thrilled to see her return.

When does ‘The View’ return with live episodes?

The ladies of The View are currently on summer hiatus and have taken the whole month of August off. Whoopi Goldberg, Joy Behar, Sunny Hostin, and McCain are set to return when the new season comes back starting September 8.

It was on July 31 that McCain first stated that the show was taking a break, as they do annually. The political analyst quoted a tweet from the official show’s account with bloopers from the season. Some of the ladies had a difficult time adapting to broadcasting from home and the reel provided laughs for fans at home.

“Thank you for a really wild, intense but memorable season. Today is our last episode and we are on hiatus for the summer,” McCain tweeted. “Grateful for this platform, my co-hosts, our fearless The View team, and one of the last truly uncensored spaces in all of television. See you in September!”

Fans are not happy to see Meghan McCain return

The alphabet network confirmed the date when The View co-hosts would resume their duties by posting a promo. In the clip we can see the four personalities that are assured to return. This reminded everyone that McCain would not be on maternity leave yet and bring in her divisive views.

Many fans took the opportunity to vent their thoughts about McCain showcasing how unexcited they were.

“Sorry, can’t stand Meghan McCain,” a viewer tweeted. “Surely there is another young conservative woman you can replace her with.”

“If we have to listen to the SOS from Meghan McCain, I am no longer interested,” a fan reacted. “The long break of reruns convinced me that it is not worth listening to her mess. I have loved The View but no more with her.”

“Take Meghan off and I might watch it, ‘my father’ is all she’s got,” another viewer said.

“So glad but Meghan shouldn’t come back,” another fan suggested. “She hugely diminishes the show with her valley girl, self-righteous attitude. Don’t the producers read how much thousands of viewers don’t want her back?”

Meghan McCain is not leaving after her maternity leave

Despite many fans wishing McCain left on maternity leave and never came back, that is not going to happen. The Real Housewives fan has confirmed she will be coming back to the show after delivering her baby as it is an important election year.

“Why does everyone ask me if I’m getting fired or quitting every 20 seconds?” she told Andy Cohen during an appearance on Watch What Happens Live. “No other host has to deal with this BS. Yes, I’m coming back. It’s an election cycle.”

McCain has been private about the details of her maternity and has not revealed when she is due. It is not known how long her leave will be and if it will coincide with the presidential election.