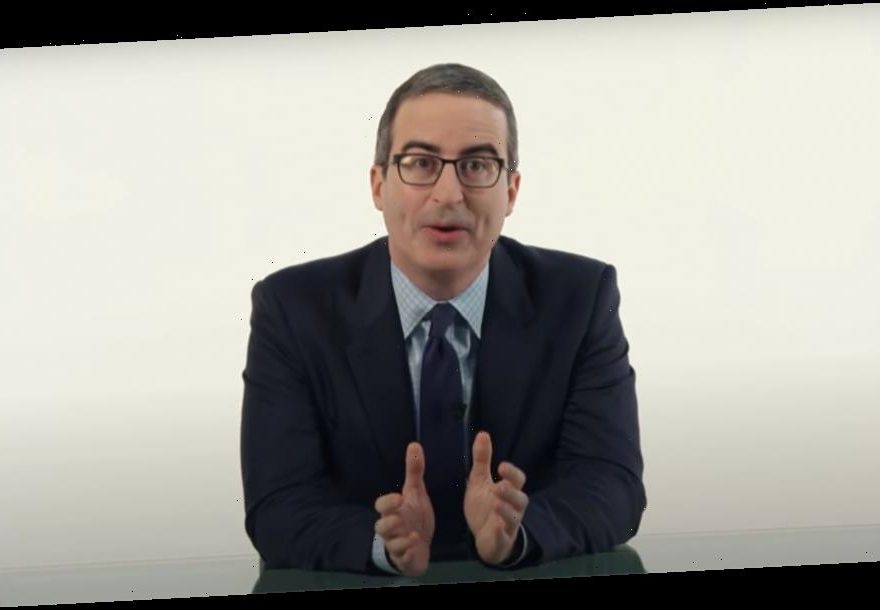 Last Week Tonight With John Oliver wasted no time in diving right into two major stories that happened last week: the RNC and the events of Kenosha, Wisconsin.

First off, John Oliver pointed out the main theme of the RNC was “telling lies in front of flags” as it was four days of “full-throated denial of objective reality.”  RNC speakers painted a misleading portrait of Biden saying that he would be controlled by environmental extremists and that there would government-run healthcare. Speakers also warned that he would defund the police and break down the wall — all of which Oliver said would be “great”

He went into the “blizzard of lies” that the convention speakers served. They claimed that Trump never called white supremacists “very fine people” — which he did. They also claimed that he passed the veterans choice act (he didn’t) and that he’s trying to protect patients with pre-existing conditions (he isn’t).

The RNC speakers also tackled race in America as if it is something of the past and whatever is leftover can easily be overcome. Former Governor of South Carolina Nikki Haley tried to support this by saying that they removed the Confederate Flag from State House grounds after the Mother Emanuel AME Church massacre in 2015, patting herself on the back, claiming it as a victory over racism. They may have removed the divisive symbol, but she failed to mention the details about the shooting where a white supremacist killed nine people in a historic Black church. She also did not mention that it was artist Bree Newsome Bass who jumpstarted the removal of the flag. Bass was also arrested for climbing the flag pole in front of the State House and removing it before she was arrested and the Confederate flag was raised again shortly after. Haley also endorses 45, who supports people that display that exact “divisive symbol” who claims it “represents the south.” In essence, she glosses over important parts of the removal of the flag which has everything to do with racism, which is still very present in America.

“A lot of the RNC’s messaging on race seemed intended not so much to win over Black voters as to reassure white people that they can vote Republican without being racist,” he points out before cutting to a clip of Mike Pence.

“We don’t have to choose between supporting law enforcement and standing with our African American neighbors,” said Pence during the RNC. Oliver dissects Pence’s words saying how Pence uses “we” as a pronoun for the American people and how he separates “we” from the Black community, which Pence seems to see as a different group entirely.

The overt talk of racial harmony blatantly conflicted with the “steady diet of barely disguised racial panic” that was being fed to viewers. This was apparent on Monday night when the RNC featured the St. Louis couple charged with threatening Black Lives Matter protestors at gunpoint.  The couple talked said that the “radical Democrats” essentially wanted to “abolish the suburbs”. They spoke in coded language saying that forced rezoning will bring “crime, lawlessness, low-quality apartments into now thriving suburban neighbors”. They said that no matter where you live, you will not be safe in the Democrats’ radical America. Actually, you don’t really need to decode what they said to understand what they really mean.

“Rhetoric like that and the worldview it encompasses has consequences,” said Oliver before pivoting the events in Kenosha, Wisconson where Jacob Blake was shot seven times in the back by officers with his children in the car. During the protests that followed, 17-year-old Kyle Rittenhouse, who traveled there out of state and was carrying a weapon illegally, killed two people.

Rittenhouse is an avid Trump supporter and was sitting front row at a rally in January. Fox News’s Tucker Carlson tried to explain Rittenhouse’s behavior as a way to maintain order during the looting and violence when no one else would. Oliver came back saying that a 17-year-old with a gun trying to maintain order is the definition of disorder.

This brings us to the flagrant double standard baked into this country: how Rittenhouse was treated vs. how Blake was treated. Law enforcement was more accomodating towards Rittenhouse while the tragic video of Blake’s shooting was the complete opposite.

“Why two different responses? I think the answer to that is pretty obvious,” said Oliver. In referencing the  video footage of Rittenhouse vs. Blake, Oliver said, “If you are looking for a better visual illustration of differences being Black and white in America, I don’t think you’re going to find one.” The disparity in the treatment continued when the Kenosha police chief the next day pretty much spread blame to those who were shot, saying that everyone involved was out after curfew.

The Kenosha police department has a history of this type of disparity. Two years ago, five Black men allegedly stole clothing from an outlet mall which led to a chase and a car accident. The Kenosha sheriff said during a press conference after the incident that they should put these men in jail and stop them from getting women pregnant. He added, “At some point, we have to stop being politically correct”. He continued to double down saying “We have to get rid of this group of people… we have to lock them up”. His name is David Beth.

The events in Kenosha are even more infuriating considering the RNC’s attempt to tell us that America is not racist. Oliver said that this was all summed up by a recent press conference speech given by NBA coach Doc Rivers when he said: “What stands out to me is just watching the Republican convention… viewing this fear. All you hear is Donald Trump and all of them talking about fear.”

He continued, “We’re the ones getting killed. We’re the ones getting shot. We’re the ones that we’re denied to live in certain communities. We’ve been hung. We’ve been shot. All you do is keep hearing about fear. It’s amazing why we keep loving this country, and this country does not love us back. It’s really so sad.” Oliver pointed out a bright spot after Rivers’ speech as the NBA and WNBA went on strike to take collective action and put their careers on the line.

In response to this, Jared Kushner went on about how it was nice that the NBA and the WNBA had the luxury and were in the financial position to take the night off and how it was great to which Oliver told him to “get f*cked!”

“They are not taking a night off from work,” explained Oliver. “The emotional toll of being Black in America, combined with the pressure to perform at an elite level during a global pandemic is pretty taxing. So by not playing, they’re not exactly taking a spa day.”

Oliver goes on to refute Kushner’s claims of NBA and WNBA privilege saying, “We’ve seen time and time again that wealth and fame absolutely do not protect you as a Black athlete.” It didn’t stop Sterling Brown from getting tased by police after getting stopped for a parking violation. Nor did it stop NYPD officers from breaking Thabo Sefolosha’s leg.

The NBA and WNBA’s actions are not the last disruptive action that the country is going to see when it comes to police brutality against the Black community. People are sick and tired of it — and it was said best by Blake’s sister, Letetra Widman who said, “I’m not sad. I’m not sorry. I’m angry, and I’m tired. I haven’t cried one time. I stopped crying years ago. I am numb. I have been watching police murder people that look like me for years.” She added, “I’m not sad. I don’t want your pity. I want change.”

“This isn’t about what white people feel or say,” Oliver declared. “This has to be about creating real change in a system that has been built to be non-responsive.” He points out that history has shown us the system does not respond until it is forced to — and we’re kind of seeing that now.

“It’s easy for RNC speakers to insist that the only appropriate action is peaceful and unintrusive, but the fact is that’s just not how it works,” he said.

He points out that the NBA has made vetted symbolic gestures that are practically pre-approved protests via putting “Black Lives Matter” on the court as well as social messaging on jerseys. “The problem with purely symbolic protests is that it is far to easy to co-opt,” he said. He goes back to that Kenosha sheriff David Beth who gained attention for kneeling for nine minutes in solidarity with the Black Lives Matter movement after saying those horrible racist things in 2018 about the aforementioned five Black men.

“Is it any wonder that basketball players felt they had to escalate their protests by not just wearing a jersey, but by striking and in doing so, putting team owners’ money at jeopardy because real discomfort is the only thing that will bring about real change here,” he said.

The NBA and WNBA strikes has since encouraged other athletes in major sports organizations to strike. In addition, the NBA has agreed to use arenas as polling places in November.

Speaking of, Oliver said that simply voting in November won’t be enough. If Biden is elected, there isn’t reason to believe he will be an agent of radical change. Even if progressives are voted down the ballot from the Senate to sheriffs, that would only be the beginning not the end.

“Our current situation is completely unacceptable,” he declares. “The RNC this week actually ended up being a pretty good reminder that where we still mind end up going is generally terrifying. Because if it showed us one thing this week it’s the danger of continuing to be governed by an administration that encourages the ugliest forces in American society, that lionizes threats of violence against peaceful protestors, that there is no conflict in supporting law enforcement and ‘our African American neighbors’ and that insists that best is yet to come, which given everything we have seen in the last four years is sounding less like a promise and more like a f*cking threat.”