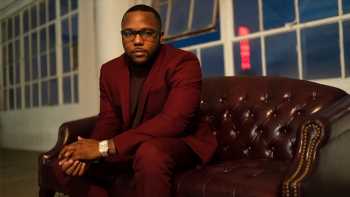 McKinnon has several irons in the fire, including a family-centric film about collegiate football for Disney Plus and a memoir adaptation to star LaKeith Stanfield at A24. He also serves as co-producer on a forthcoming series for Apple Plus, from creator Simon Kinberg.

The Annapurna project has been positioned by McKinnon as an elevated take on an alien invasion, “set in the hood in South Florida,” insiders with knowledge of the pitch said. An Annapurna spokesperson confirmed the project but would not comment further.

McKinnon is represented by CAA, Grandview and Jackoway Tyerman. He’s currently adapting Kwame Onwuachi’s “Notes From a Young Black Chef,” about a kid from the Bronx who owned and operated a Washington, D.C. fine dining destination by age 26. For the Disney over-the-top service launching in November, McKinnon will adapt the true story of Clemson University running back Ray Ray McElrathbey. The football player raised his younger brother in secret on his college campus after their home life became unstable.