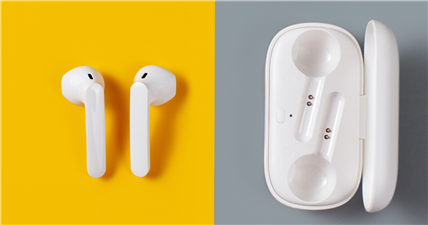 Apple is being sued by the family of a Texas child who allegedly suffered “permanent hearing loss” while wearing AirPods. The 12-year-old boy was watching Netflix on his phone when his family says his AirPods emitted a sound so loud that it tore one of his eardrums—and they say this “severely altered” the boy’s life.

According to the suit, the injury happened in May 2020 while the boy, identified as B.G., was wearing an AirPod in his right ear.

While watching Netflix on a “low volume,” the suit says an Amber Alert was issued. The sound of the alert allegedly “went off suddenly, and without warning, at a volume that tore apart B.G.’s eardrum, damaged his cochlea, and caused significant injuries to B.G.’s hearing.”

“This boy’s life has been severely altered because Apple did not provide a warning about the volume levels of its AirPods, leading to his permanent hearing loss,” Tej Paranjpe of PMR Law, a lawyer for the family, said in a statement.

According to the suit, B.G. will require a hearing aid for the rest of his life. The boy also suffers from various additional ailments including dizziness, vertigo, nausea, and tinnitus after the incident.

RELATED: A Peek Inside The Secret Life Of Apple Cofounder Steve Wozniak

The suit accuses Apple of failing to design AirPods to “self-adjust to safe levels or provided warnings about the volume increases associated with alerts.” The family says if the company had taken this precaution, the “boy would be living a normal life.”

Additionally, the family says Apple has long been aware that AirPods played earsplittingly loud alerts from various online complaints dating back to 2019. Users have noted that the wireless headphones don’t adjust the alert volume to the media they are playing.

Apple—who recently fired an employee for defrauding the company out of $10 million —is currently facing another lawsuit over their Powerbeats Pro headphones. The class-action suit alleges the product has a design flaw that prevented the headphones from charging properly.

Last year, the company faced another lawsuit filed by a group of university students in China who were frustrated with the company’s decision to sell iPhones without a charger. They say that the company shipped the phones with USB-C to Lightning cables —which don’t work with the wall charges the company has been shipping for years!