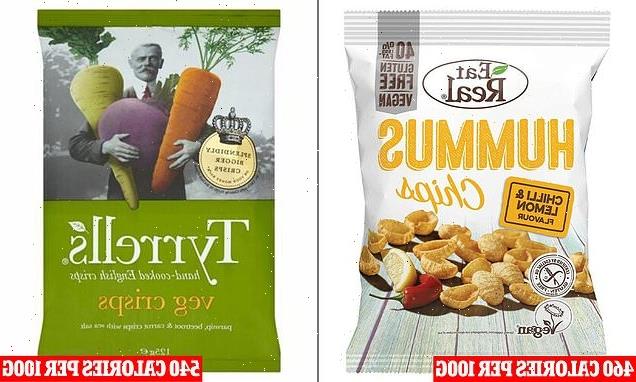 Are ‘healthy’ posh crisps anything but? With up to 588 calories a bag, they’re the party snack you may regret

After weeks of festive over-indulgence, what’s the one food you plan to give up next week? You might say chocolates, cakes or any of the other sweet treats that are so abundant over Christmas.

But it’s less likely you identify crisps as the thing that has to go. Sure, you might not tuck into a bumper bag of lurid orange corn puffs if you’re trying to be healthy, but what’s wrong with a few hand‑cooked artisanal crisps described by the maker as ‘better for you’?

Quite a lot, it turns out. Research has found crisps can be as addictive as drugs, and we are a nation dependent, with 162,900 tonnes sold in Britain in 2021.

Never is this more obvious than over the festive season, with bowls of posh crisps at every drinks party. Diet-conscious women may see crisps as a less-bad-for-you option, not realising that, weight for weight, most are higher in calories and fat than other festive food such as mince pies, Christmas cake and sausage rolls. 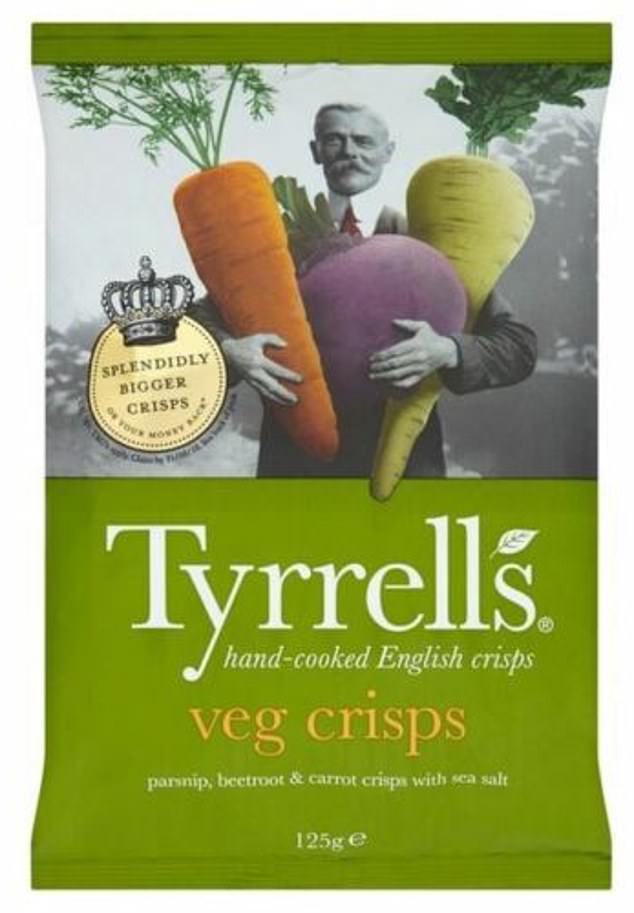 And, as nutritionist Lamorna Hollingsworth explains, ‘because of their melt-in-the-mouth quality and lack of substance [crisps contain little protein or fibre], you can eat ten packets and not feel full’.

Most of us are under no illusion that the likes of Monster Munch and Pringles are bad for us, but the lines are blurred when it comes to ‘posh’ crisps.

‘Some crisp makers give their products what nutritionists call a ‘health halo’, by marketing their products as organic or made of vegetables, for example,’ says Lamorna. ‘But actually, they might be higher in calories or fat.’

All of which is bad news as we near the end of weeks of over-indulgence.

So what exactly makes crisps so irresistible? In his book Salt, Sugar, Fat: How The Food Giants Hooked Us, Michael Moss explains the carefully crafted secret of their appeal, with teams of technicians working to make crisps as tasty as possible.

Salt provides an arresting sensation called ‘the flavour burst’. Fat gives ‘mouthfeel’, which sends pleasure sensations to the brain. Sugar is present in potato starch, and may also be added to flavouring since the more flavours a food contains, the more likely we are to enjoy it.

So if you’re turning over a healthy new leaf in 2023, or simply wondering which snack to choose at your New Year’s party, here’s our test of the crisps that are best — and worst — for your health . . . 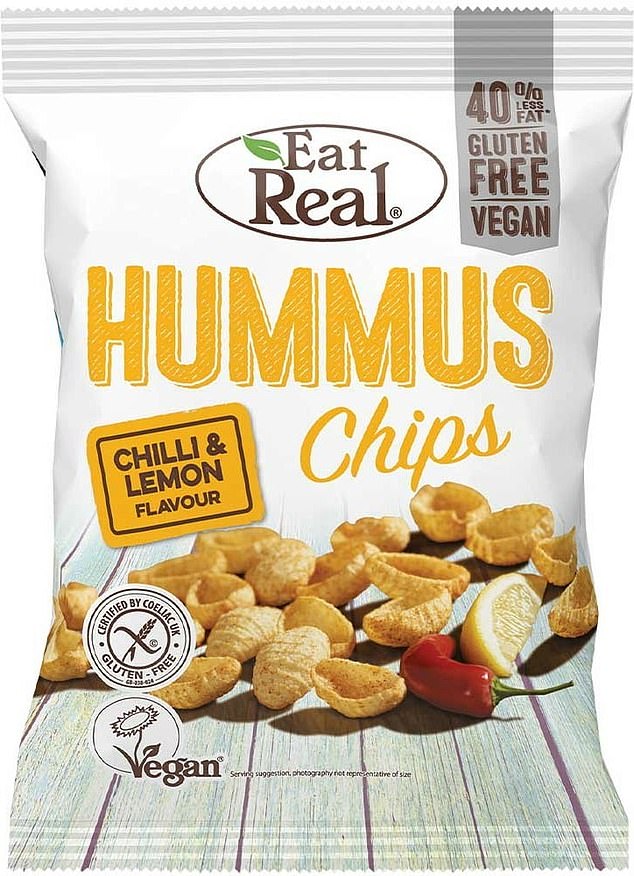 THE CLAIM: ‘The ﬁnest vegetable crisps, made to sing with a pinch of sea salt.’

TASTE TEST: Light and crispy, but greasy to the touch.

VERDICT: ‘These are still crisps and coated in salt,’ warns dietitian Anna Daniels. ‘There are health benefits from the coloured pigments (phytochemicals) in root fibre, and these are the highest in fibre.

‘However, they are also high in natural sugars, which would cause your blood sugar levels to rise rapidly and then fall, possibly leading to energy dips.’

VERDICT: ‘These are quite thinly cut, meaning there is more oil per surface area, which is possibly why they are the highest in fat and calories,’ says Anna. ‘If you do love the taste, don’t eat the whole bag.’

THE CLAIM: These chickpea flour-based chips are gluten-free, vegan, and have 40 per cent less fat than fried potato chips. Eat Real says: ‘With a healthy appetite and a taste for adventure, we unearth alternative ingredients [such as] chickpeas, drenched in unexpected flavour combinations.’

TASTE TEST: Tangy, with no taste of chickpea. I didn’t expect to like these, but ended up devouring the lot.

VERDICT: ‘These are the lowest in calories, but they still aren’t particularly healthy as they’re very high in salt and fat,’ says Anna.

However, she adds: ‘Chickpea flour is high in carbohydrate so they’re a good crisp for energy and contain a good amount of protein and fibre.’

TASTE TEST: A subtle taste of vinegar with a rather satisfying crunch.

VERDICT: ‘Among the highest in salt — which is perhaps why they’re so popular,’ says Anna. ‘A small portion would be fine — if you can stop at that.’

THE CLAIM: ‘You are what you eat. So eat Proper,’ says the blurb on these crisps, which also sells lentils as a source of fibre.

‘It has to taste banging. It should be better for you,’ the firm adds.

VERDICT: ‘The second lowest in calories, these are a good source of protein, at 9.7g per 100g,’ says Anna.

She adds that the fibre claim ‘is about lentils, rather than the chips, which contain only 30 per cent lentil flour, meaning they are low in fibre at 0.7g per 100g’.

‘Obsessed with the gym this year’: Carol Vorderman, 62, puts on a busty display in racy swimsuits and figure-hugging gym gear as she reflects on staying active in 2022