The promoters of Azealia Banks’ trouble-plagued Australian tour have hit back at the American rapper over claims they were “pubic lice” whose operation was “a scam”.

Banks launched her extraordinary attack in a story on her Instagram on Tuesday in which she claimed Bizarro, the company run by Sydney-based Robin Sen and Joe Ireland, and Melbourne-based Point Productions, run by Sian Van Der Meulen [aka Muelen], had withheld payment for her tour. 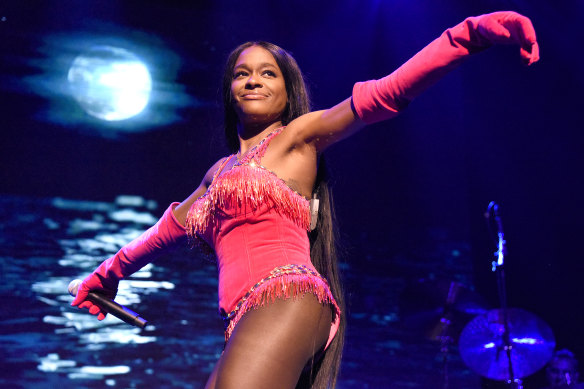 Azealia Banks on stage during her short and trouble-plagued tour.Credit:Tim Mosenfelder/Getty Images

It was just the latest drama in a whirlwind visit that included visa troubles, cancelled shows, late arrivals and, when she finally did take the stage in Melbourne on Sunday night, a set that lasted just 37 minutes.

Banks also used the social media platform to repeat her attacks on Australians in general.

“Yall white people down here are broke and racist,” she wrote, pointing out that the Australian dollar was worth just 61 US cents at the moment.

That observation undoubtedly owed something to the fact that her fee was negotiated in Australian dollars, rather than US.

Addressing other artists, Banks wrote: “If you or your agents are contacted by either Bizarro of Point Blanm [sic] productions in Australia DO NOT REPLY. It’s a scam. There will be impossible slave-like structure to the contract at which point they will use any and every point to not pay you.”

She also claimed, “I flew all the way across the world to go home empty-handed”.

That attack prompted separate rebuttals from the promoters.

Point Productions issued a statement in which it said it was “aware of recent disparaging comments by Ms Banks about us, and about her experience during her tour of Australia. Her allegations against us are untrue and we disagree with her comments.”

The company claimed that “we can confidently say that we did everything possible to meet Ms Banks’ expectations, and to create an accommodating and safe experience for her, her fans and everyone involved at the shows and on tour.” 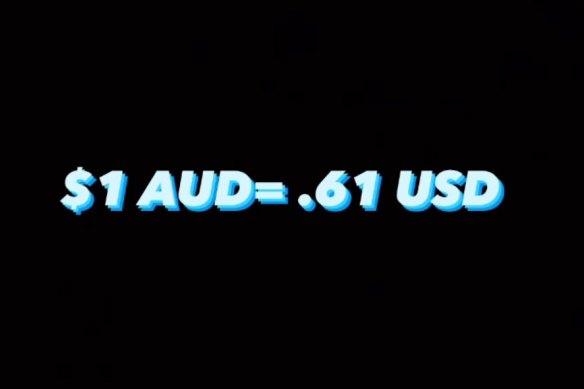 At least some of the anger Banks expressed on Instagram seems to have been spurred by the exchange rate. Credit:Azealia Banks

Bizarro went into far greater detail in its own statement, a tightly spaced two-and-a-half-page screed in which Sen and Ireland described the last two weeks as “the most physically and mentally draining experience” they had had in the industry.

“We can confidently say that we did everything possible to meet Ms Banks’ expectations.”

Bizarro explained that it had been sub-contracted by Point Blank to manage the Sydney and Melbourne shows. They said Van Der Meulens’ company, which was the principal agent for the tour, had finalised arrangements for the tour as a whole in May.

“It should be noted,” added Bizarro, which normally operates in the EDM (electronic dance music) space and has had little experience with artists as temperamental as Banks, “that half of Azealia’s … fee [for Sydney and Melbourne] was paid to her agent in May 2022.”

Bizarro then laid out a litany of behaviour that could only be called bizarre, with the original Melbourne show at Festival Hall having to be cancelled because Banks’ visa had not come through in time, a Brisbane show cancelled – allegedly because she had suddenly recalled a bad experience she’d had in the city the last time she toured Australia – late arrivals at venues, truncated sets and abusive behaviour.

Speaking to this masthead on Tuesday evening, Robin Sen said that despite the difficulties of the tour the attack from Banks had come as a shock.

“All our dealings with her in person were really amicable,” he said. “To wake up to this today we were just so gobsmacked.”

Bizarro claims it has paid Banks’ fee in full to her touring agent (Point), and has been led to believe “that the majority of her tour has been paid to her personally in full, despite her willingness to burn down every show of the run [with late arrivals, short sets and poor behaviour].

“All our dealings with her in person were really amicable,” he said. “To wake up to this today we were just so gobsmacked.”

“Her slanderous claims made against us personally as individuals and scammers are entirely false,” Bizarro’s statement added. “Whilst we don’t generally expect contracted artists to assist us in promoting their shows, we certainly haven’t ever had an artist actively work against us like this.”