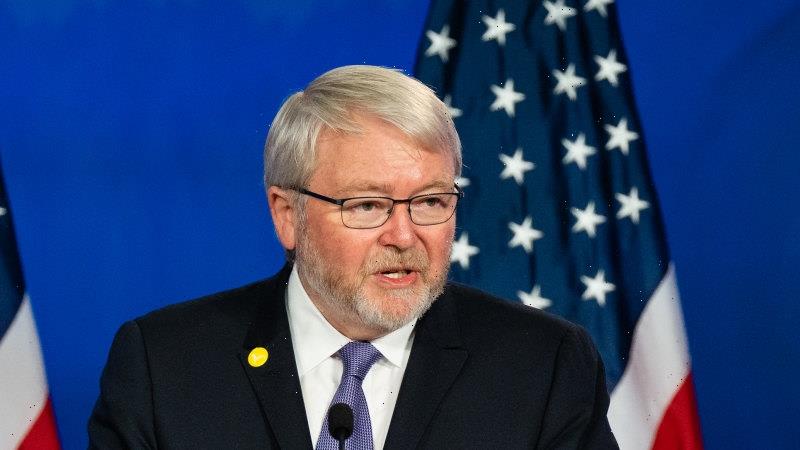 Former prime minister Kevin Rudd will serve as Australia’s next ambassador to the United States, a move the Albanese government hopes will provide Australia with enviable access to the most influential figures in Washington.

Prime Minister Anthony Albanese announced Rudd’s appointment on Tuesday at a press conference alongside Foreign Minister Penny Wong ahead of her departure to Beijing for a highly anticipated meeting with China’s foreign minister. 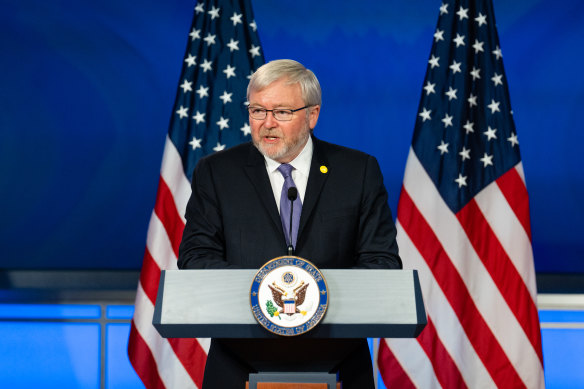 Kevin Rudd will take up a posting as Australia’s ambassador to the United States.Credit:Bloomberg

Asked about Rudd’s suitability for the role considering complaints about the former prime minister’s managerial style while in office and forthright opinions on media, Albanese said Rudd “will conduct himself in a way that brings great credit to Australia. Kevin Rudd will be seen in the United States as a very significant appointment. I am appointing a former prime minister”.

Albanese also announced Heather Ridout, former chief executive of the Australian Industry Group, as the new consul-general, based in New York, the first woman to be appointed to that role.

The Washington posting is regarded as the most prestigious role in the Australian diplomatic service and is usually granted to a former senior politician from the party in power rather than a career public servant.

Albanese and Rudd were allies in parliament and have remained close since Rudd’s retirement from politics. 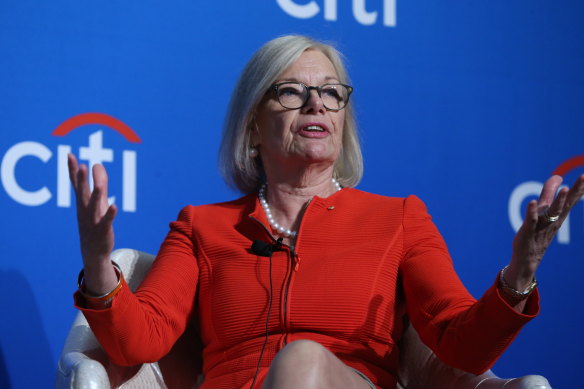 Heather Ridout will be the new consul-general, based in New York.Credit:Louise Kennerley

Albanese supported Rudd during his leadership battles with Julia Gillard and Rudd promoted Albanese to deputy prime minister when he regained the Labor leadership in 2013.

The Sydney Morning Herald and The Age reported in October that former foreign minister Bob Carr was among the senior Labor figures calling for Rudd to be appointed to the role.

Carr, who served as foreign minister from 2012 to 2013, said Rudd’s expertise on China would make him highly sought after in the US capital among both Republicans and Democrats.

“No one else we could nominate would have the clout, the access, the knowledge of the issues, the gravitas,” Carr said.

“No one else would be regarded by the Americans as being of such intellectual value.

“It would give us a status and cachet in Washington no other former politician or bureaucrat could bring.”

However, some figures within Labor and the Department of Foreign Affairs and Trade expressed concern that Rudd’s celebrity status and strong opinions could make him a risky appointment.

Rudd was recently awarded a Doctor of Philosophy from Oxford University after penning a 420-page thesis on Xi Jinping’s worldview, and he regularly appears in the US media as an expert on China.

Smith had been seen as a likely contender for the Washington role.

At the time, Wong said she wanted to depoliticise the diplomatic service but added: “In circumstances, there is also a clear advantage for Australia to be represented by people who have had distinguished careers beyond the public service such as business people and former parliamentarians.”