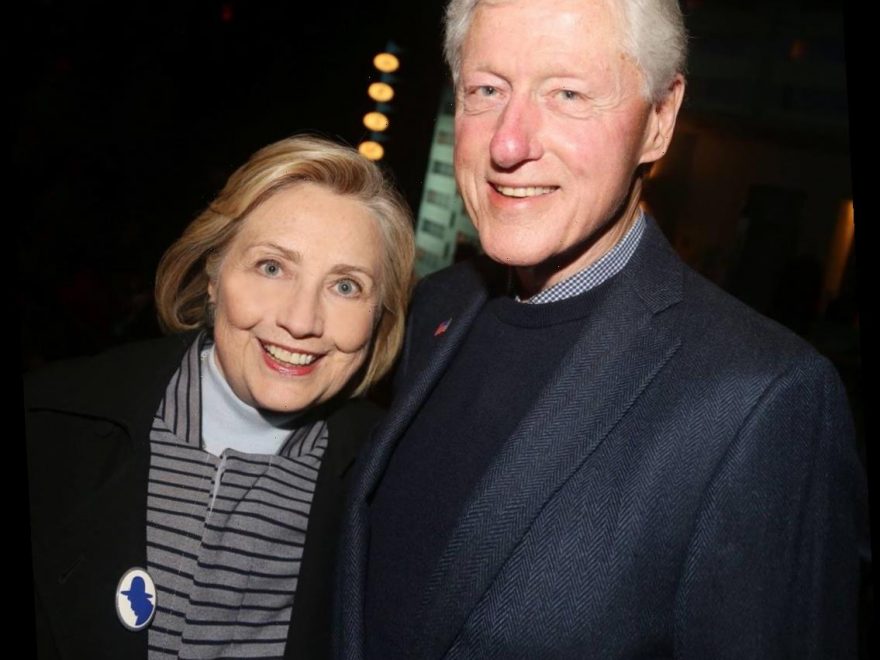 Hillary Clinton called husband Bill her "best friend" in a throwback pic of the couple for their 45th anniversary.

In honor of their anniversary on Oct. 11, Hillary and Bill both shared sweet throwbacks of one another on social media.

"Forty-five years. Never a dull moment, and you're still my best friend," Hillary wrote on Instagram in the caption of a photo of the couple at their wedding. "Love you, Bill."

Bill echoed the statement on Twitter with a more recent photo of the pair.

"October 11th was a beautiful day 45 years ago. Still is," he gushed. "The bride was beautiful too. And still is. Happy Anniversary, Hillary. I love you."

"No matter what anyone has ever said about your relationship, it has endured," she wrote. "No marriage is perfect, we have all had our trials and tribulations. I have seen the deep love and respect you two have for one another. Congratulations on 45 years!"

"I was terrified about losing my identity and getting lost in the kind of wake of Bill's force-of-nature personality," Hillary revealed to the actress. "I actually turned him down twice when he asked me to marry him. We were in England on a trip after law school graduation. He asked me to marry him. I said, 'You know, I can't say yes. I can't do that right now.'"

While the couple has certainly had their fair share of ups and downs, it's clear both parties are happy Hillary finally said "yes."