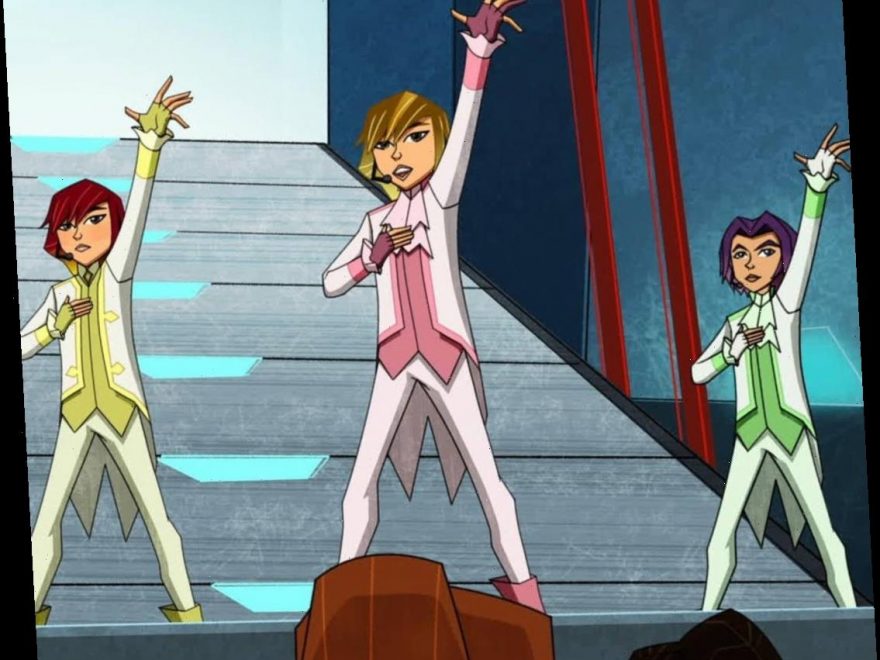 Two K-pop superstars have officially been given an animated makeover!

So what roles will they take on? They both play animated boy band members who just so happen to fight crime and battle fantastical villains as a side hustle. Specifically, Nichkhun will play twins Dae and Hyun-Ki, one half of the boy band 4 2 Sing, while Jae Park will play another set of twins, Kwang-Sun and Ye Joon, also 4 2 Sing members.

In an exclusive clip of their Big Hero 6 debut, the K-pop stars' characters sing as they take on evil robots and, um, also master their choreography at the same time.

The official description for the episode reads as follows: "It's summer in San Fransokyo, but the Big Hero 6 team is not getting a break. When Noodle Burger Boy, everybody's favorite fast food fiend, assembles a team of evil robots, it's mascot mayhem! And there's more… from a crime fighting boy band to a lethal super-spy, Hiro, Baymax and the gang are taking it to the next level!"

And because you'll be wondering after watching the clip, the name of the catchy song they debut is called "Beautiful On the Outside."

This episode of Big Hero 6: The Series premieres on Monday, November 2 at 7:30 p.m. ET on Disney XD and DisneyNow.