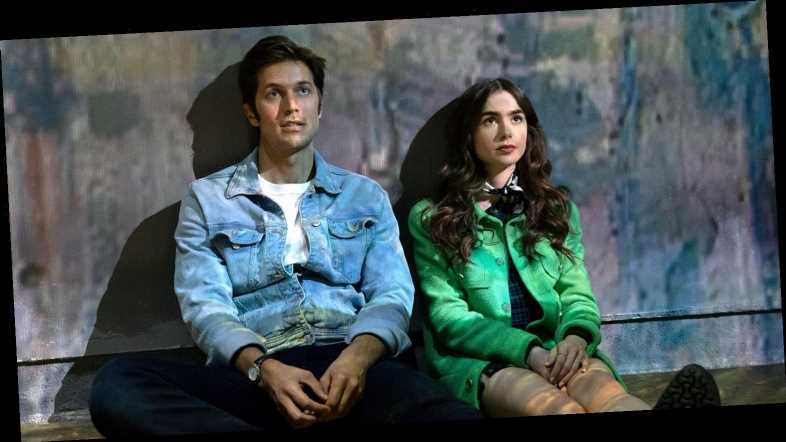 While Netflix viewers in the U.S. have fallen head over heels in love with the frothy new series Emily in Paris, people in France have slammed the tale of an American girl who takes a job in the City of Lights, calling it “a cliché.” One of the show’s stars, Lucas Bravo, thinks the French have a point.

“I think they’re right, in a way,” the 32-year-old Frenchman, who plays Gabriel, Emily’s (Lily Collins) neighbor and love interest, told Cosmopolitan in an interview posted on Friday, October 9. “We’re portraying cliches and we’re portraying one single vision of Paris. Paris is one of the most diverse cities in the world. We have so many ways of thinking, so many different nationalities, so many different neighborhoods. A lifetime wouldn’t be enough to know everything that’s going on in Paris. It’s an entire world in a city. At some point, if you want to tell a story about Paris, you have to choose an angle. You have to choose a vision. French critics, they didn’t understand the fact that it’s just one vision. They’re like, ‘Oh, this is not what Paris is.’ Of course. Paris is many things.”

Several commenters on Twitter slammed the romantic comedy created by Sex and the City‘s producer Darren Star, with one insisting, “WE ARE NOT ALL MEAN AND RUDE,” while French newspaper 20 Minutes wrote about the series, “The berets. The croissants. The baguettes. The hostile waiters. The inveterate philanderers. The lovers and the mistresses. Name a cliche about the French, you’ll find it in Emily In Paris.”

But the show became an overnight success after its release on Netflix on October 2, and Bravo went from having 12,000 followers on Instagram to almost 400,000 in less than a week and is now at more than 571,000. The actor, who stars in the upcoming film adaptation of Mrs. Harris Goes to Paris, thinks that the show has hit at the right time for people stuck at home amid the coronavirus pandemic, telling Cosmopolitan, “People want to travel. Reality is so rough these days, and we’ve been going through such a difficult time that I think the show is so lighthearted, it’s so colorful, the fashion, the romance, the traveling. Darren Star’s vision is so colorful and alive and funny. People needed something to just escape.”

While the 10-episode series hasn’t officially been given a greenlight for season 2, Bravo has some ideas for what could happen for his chef character and his love triangle with smitten Emily and Gabriel’s estranged girlfriend, Camille, who’s played by Camille Razat.

‘Sex and the City’ Cast: Where Are They Now?

“We planted a few seeds about different characters,” he told Cosmo. “Like Camille, when she kisses Emily on the mouth, and she’s like, ‘I’m not sorry.’ And then when they’re in bed, and I’m liking the picture, it’s all little seeds. Anything could happen between the three of them. I think Darren wants this second season to be really open-minded.”

“The way we left things, Gabriel is definitely more excited, or more intoxicated by the promise of going further down the road with Emily, that’s for sure,” Bravo added. “Because since she got here, so many amazing things unlocked for him, you know. But Camille is really strong-willed, she’s an amazing woman, and she could very well come back.”

Emily in Paris is streaming now on Netflix.