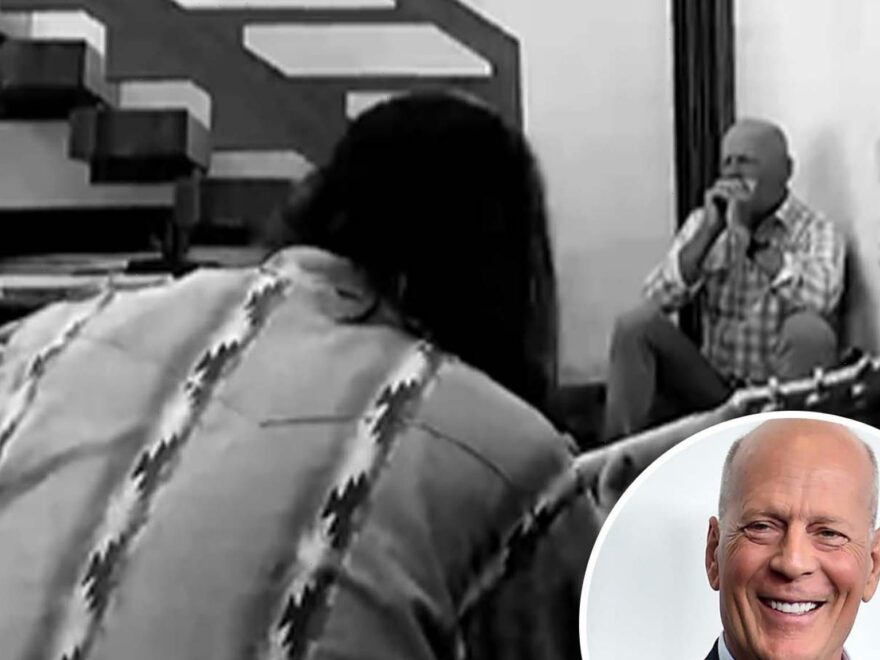 Back in March, it was revealed that the "Pulp Fiction" star would be "stepping back" from his acting career after being diagnosed with aphasia.

Bruce Willis is showing off his musical talents amid his ongoing health battle.

As shown in a video posted by his wife on Monday, the actor — who suffers from aphasia — rocks out on the harmonica during a “jam session” with a friend.

In the clip, Willis, 67, can be seen playing the instrument while sitting on the bottom of a staircase. The “Pulp Fiction” star was joined by his friend, Derek Richard Thomas, who provided vocals and played the guitar.

Fans reacted to the clip in the comments section, praising Willis over his harmonica skills.

“He’s a darn good har[monica] player,” a user wrote, while another person added, “Wonderful. Lovely to see him and his harmonica chops.”

This comes almost a month after Heming, 44, shared a sweet video of Willis laughing as he hilariously attempted to do the popular Lizzo TikTok dance with the couple’s 10-year-old daughter, Mabel.

“Bringing that weekend in strong,” Heming wrote the post’s caption.

Back in March, it was revealed that Willis would be “stepping back” from his acting career after being diagnosed with aphasia, a form of brain damage that affects one’s ability to communicate.

His family announced the news on Instagram, with Heming, kids Rumer, Tallulah and Scout and ex-wife Demi Moore all sharing the same statement alongside a photo of the actor.

“To Bruce’s amazing supporters, as a family we wanted to share that our beloved Bruce has been experiencing some health issues and has recently been diagnosed with aphasia, which is impacting his cognitive abilities,” read the statement. “As a result of this and with much consideration Bruce is stepping away from the career that has meant so much to him.”

“This is a really challenging time for our family and we are so appreciative of your continued love, compassion and support,” it continued. “We are moving through this as a strong family unit, and wanted to bring his fans in because we know how much he means to you, as you do to him.”

They concluded: “As Bruce always says, ‘Live it up’ and together we plan to do just that.”