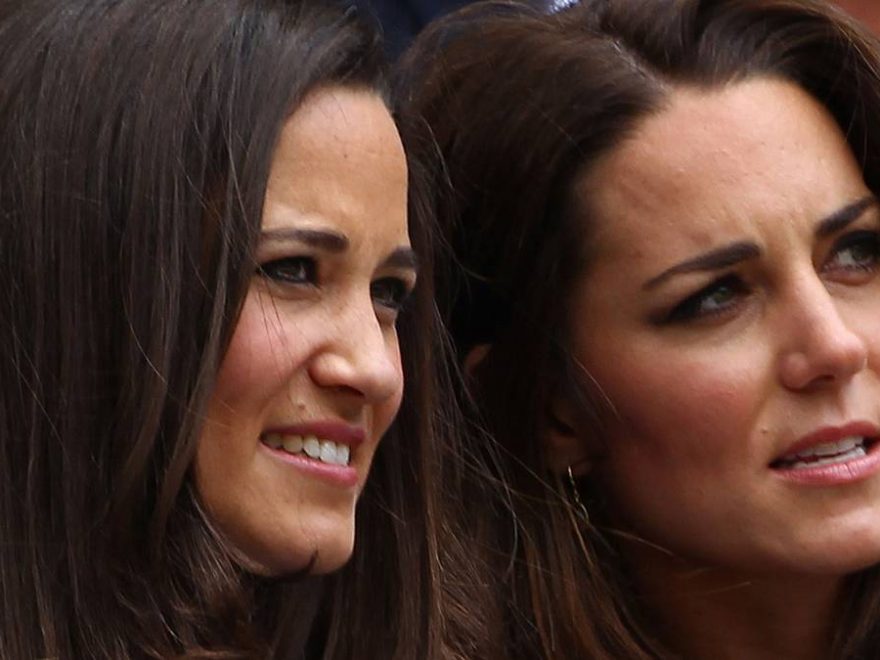 There are very few people in the world who can be identified by one name – there’s Oprah, Kate, Meghan and Nigella. They are a select number, women who have become just so damn famous no surname is ever required.

But there is another person on that list despite never having achieved anything of note, married anyone famous, starred on a TV show, written a calorific recipe or acquired an HRH.

Thursday this week marks 10 years since Kate Middleton, art history graduate, one-time charity roller disco organiser and wannabe photographer, wed Prince William and thus signed on to become Britain’s next Queen. (Pity Camilla, Duchess of Cornwall, who is going to have to settle for the decidedly second-class Princess Consort appellation.)

On that magnificent spring day, which saw more than two billion people tune in to watch the sort of glorious spectacle that only $53 million, the involvement of MI5, and the Queen’s own party planner could pull off, it was not only Kate but also her younger sister Pippa Middleton whose life was irrevocably changed.

Just like that, her world changed forever – and not necessarily for the better.

Because William and Kate might have got their happily ever after, but it’s worth asking, did Pippa?

It is impossible to think of any other figure who, in recent history, has become so famous and so precipitously fast, becoming a worldwide household name in barely hours.

In the decade since then, while Pippa is still largely written off as a photogenic footnote to Kate, she has been targeted, harassed, chased by the press, mocked and had topless pictures taken without her permission published.

When she arrived at the Abbey that day, any semblance of anonymity or normalcy evaporated for her as she made her way into the 1000-year-old building. Swathed in a cowl-neck column gown designed by Alexander McQueen’s Sarah Burton, the frock perfectly framed her pilates-honed physique and sent social media into paroxysms of obsession and frenzy.

Forget the real life fairytale that was about to take place, her derrière set off a global maelstrom.

Within hours the ‘Pippa Middleton Ass Appreciation Society’ had popped up on Facebook (that one still has 166,000 followers) and @pippasass debuted on Twitter quickly garnering thousands of followers.

A website focused solely on her bottom soon racked up more than one million hits. “Her Royal Hotness: How Kate’s foxy sister Pippa stole the show” the Daily Mail crowed.

The sexism and objectification in a post-#MeToo world is stunning to remember.

(Pippa would years later say that the focus on her “was completely unexpected,” and the plan had been for her white dress “to blend in with [Kate’s] train.”)

Like it or not, Pippa was about to find out how traumatic such stupendous, nearly unthinkable infamy could be.

Suddenly, her life was transformed one of privileged West London society gal (she was dating former England cricket player and stockbroker Alex Loudon at the time) to having permanent tabloid cross hairs on her back.

Less than two weeks after the wedding, the now defunct News of the World published photos of her on holiday including one in which she briefly removed her bikini top and was topless, prompting the Middleton family to lodge a complaint with the UK’s Press Complaints Commission.

“At the moment we have a situation where there must be nine or 10 agencies outside her door every day,” Daily Mail Picture Editor Paul Silva said in January of that year. “She goes to get a coffee or she goes back into her house, you get about 300 to 400 pictures on that a day.”

The same year, she was reportedly paid more than $700,000 for her debut entertaining book Celebrate which faced dismal reviews and abysmal sales (it ultimately only sold 18,000 copies).

“I think people feel they can say something about you online or on a web page that they would never say to your face, and they think that’s okay,” she said.

The same year, speaking at a dinner in London she joked that “recognition has its upside, its downside and – you may say – its backside” and that “in retrospect maybe [her bridesmaid dress] fitted a little too well”.

Even as years progressed, she has continued to struggle to make sense of things. “I was surprised and still don’t understand it,” she said five years after the wedding.

During all of this, Pippa was left to fend for herself without any of the benefit of her sister’s protection detail or press team.

It is only in recent years that the full, devastating impact of that day has come into focus.

Pippa became “fair game” for the paparazzi Jo Elvin, the then-editor of Glamour said in 2016 after the younger Middleton sister’s engagement to billionaire James Matthews was announced. “I’m not sure many people actually envy her and the life she’s had to lead since the royal wedding.

“Sneering at her for being rich and lazy had become a popular sport for the masses who relentlessly scrutinised her and everything she tried to do. Marrying was almost the only option left available to her, given she’s not on the royal payroll.”

The same year Pippa told the Daily Mail: “I have developed something of a thick skin, but managing it all on my own has been quite hard. I have quite a lot thrown at me, such as being followed by people hiding behind cars and jumping out with cameras.

“It can be unnerving.”

She also revealed that when she’s out in public, “I don’t entirely relax, especially in cities.

“The nature of Twitter and Facebook, people will say they’ve just seen me somewhere, and particularly in a restaurant that could be the worst, because if someone tweets in a restaurant then a photographer could show up at a restaurant and then my private dinner is not so private.”

While the notion of Pippa as a victim might superficially be a bit hard to swallow, what with being married to a billionaire, she has clearly had a seriously rough time of it.

Imagine knowing that nearly every time you step out the front door, there is a camera trained on your face; that anything you do, say or make will be judged, critiqued or mocked and that there will never, ever be any sort of escape from this relentless attention.

Pippa’s life might be a luxurious, incredibly privileged one but she is still trapped in a situation not of her own making and from which she will never be freed.

So too has she faced a tsunami of sexism; a woman whose life and identity have been totally consumed by a relentless focus on one overly sexualised body part.

I wonder: When she got out of the royal family’s burgundy Bentley on that day in 2011, would she have still done it if she knew what lay ahead?

Pippa’s bottom might have launched a thousand tweets but it also profoundly altered the course of her life.