Waterfront homes cost more than double their inland counterparts in Sydney, while in Melbourne homes on the water attract a price premium of almost 40 per cent, new research shows.

Buyers looking to snap up a home on Australia’s coastline are paying some of the highest waterfront premiums in the world, the latest Knight Frank International Waterfront Index shows. 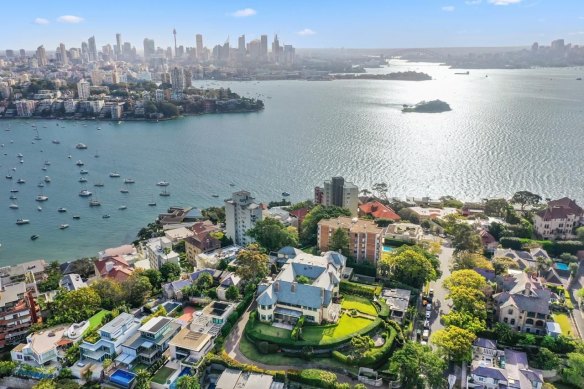 Sydney topped the index, with waterfront homes in the harbour city attracting an average premium of 121 per cent, compared to an equivalent home set away from the water.

Auckland ranked second on the list of 17 international locations, with a premium of 76 per cent. It was followed by the Gold Coast (71 per cent), Perth (69 per cent) and the Cap d’Antibes peninsula (59 per cent) on the French Riviera.

There had always been strong appetite for Sydney’s waterfront homes, but demand had increased since the start of the pandemic, said Michelle Ciesielski, Knight Frank Australia’s head of residential research. Low supply has also kept upward pressure on prices.

While Australia’s luxury residential market had advanced, it did not have the same depth of prestige properties found in more established global cities, Ciesielski said.

“As a result, our Australian cities can achieve a significantly higher premium on the waterfront compared to a similar property inland without access to, or a view of, water,” she said.

“Also, Australia is known for its balmy outdoor lifestyle, so many buyers in this super-prime space are willing to pay a premium to secure the ideal position along the waterfront.”

The average premium paid for a waterfront property across the 17 cities was 40 per cent, and prices for waterfront homes climbed an average of 10.9 per cent over the year to June.

Beachfront homes were in the strongest demand, commanding a premium of 63 per cent. Properties in harbour locations were a close second, with a 62 per cent premium, and coastal homes secured a 40 per cent premium.

In Sydney, it was harbourside homes that typically saw the greatest premium, said Michael Pallier of Sydney Sotheby’s International Realty. Such homes were closer to the city and were more likely to offer direct water access than beach homes, which typically sat across the street.

“Point Piper would be number one, it’s the best of the best, but the non-waterfront homes there are also very expensive,” he said. “You’ll probably still spend 100 per cent more on a waterfront though.”

Buyers in Sydney’s prime waterfront markets could expect to pay at least double to get a home on the water, even when moving from one side of the street to the other, Pallier noted.

Such homes drew interest from both local and international buyers, he said, and reaching the waterfront was the goal for many cashed-up buyers. 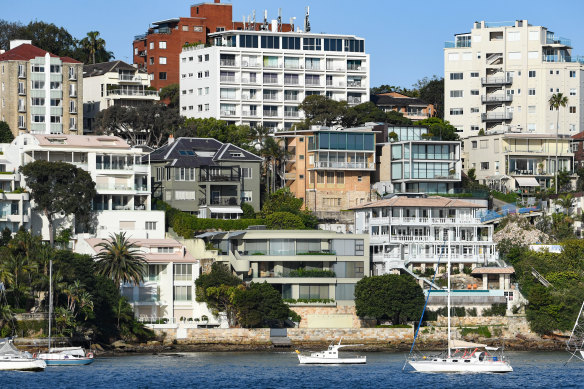 Waterfront homes in Sydney attracted an average premium of 121 per cent.Credit:Peter Rae

“It’s a personal milestone for a lot of people, we have a beautiful harbour … and people want a slice of it.”

In Melbourne, Nick Johnstone, director of Nick Johnstone Real Estate in Brighton, has a list of clients waiting for a beachfront property.

“They’ll pay whatever is required to get beachfront, but homes are so tightly held and pretty much generational, where people don’t want to sell,” he said. Owners instead may pass property on to their children.

The rarity of beachfront homes made them hard to value, Johnstone said, but estimated they sold for at least 100 per cent above a mid-range property in the same exclusive suburb. 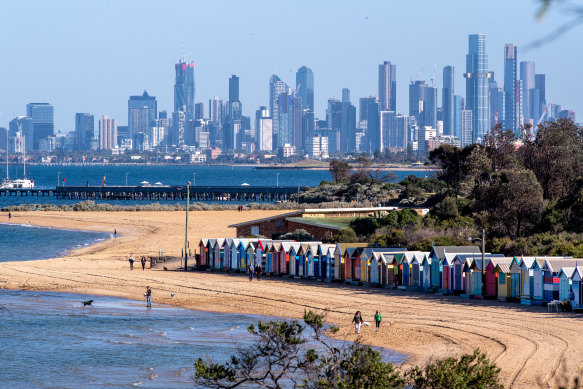 Melbourne waterfront properties drew a premium of 39 per cent.Credit:Eddie Jim

“[Such homes are] rarely coming up and when they do, we are absolutely smashed with enquiries. There are just not that many beachfront properties and they’re not making any more,” he said.

Interest in waterfront homes came from local, interstate and overseas buyers — who were largely from China, or Australian expats returning home. Buyers from Melbourne’s eastern suburbs had also been increasingly moving to the Bayside region since the start of the pandemic, as buyers prioritised lifestyle locations.

Most Viewed in Property