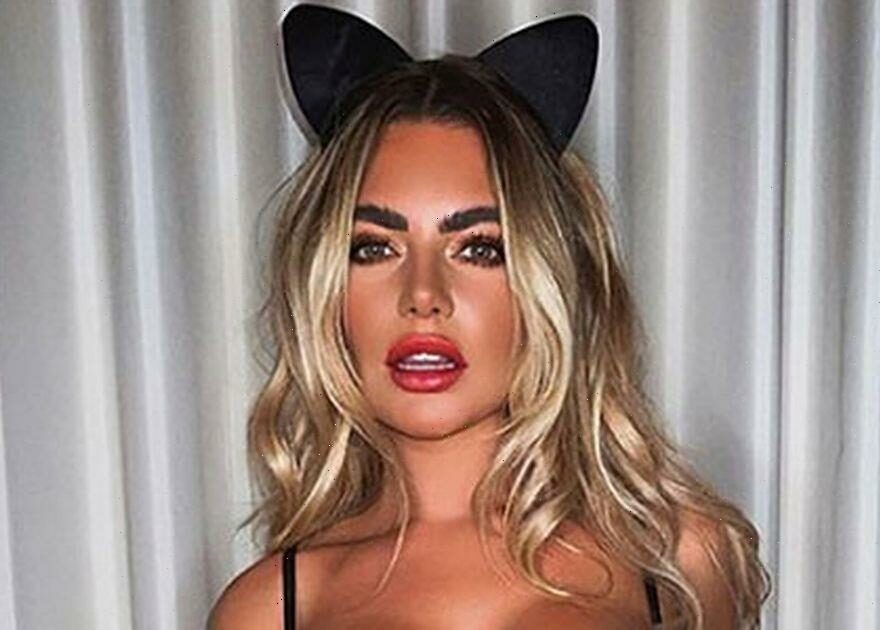 Love Island's Megan Barton Hanson has teased her followers with some saucy content.

The bombshell hinted to her Instagram followers that there were "topless" snaps of her sunbathing on holiday on her OnlyFans profile.

She also shared how her account was going "wild" lately as she enticed more of her followers to subscribe to her paid-for photos.

On Tuesday (August 9), Megan did a Q&A on her Instagram Stories with fans where she answered some of their queries, with whether she sunbathed topless on holiday being one of them.

Elsewhere, Megan recently revealed she planned on offering fans a "masterclass" when it came to OnlyFans.

During a question and answer, one question that appeared to come up time again, read: "I want to start OnlyFans but don't know where to begin xx."

To which helpful Megan responded: "I was having a little brainstorm today and thought about maybe hosting an OnlyFans masterclass event with myself and some other OF girls."

Being entrepreneurial, she started a poll to see if take-up would be worth her while but is yet to reveal the results.

In other Love Island news, 2022 Islander Remi Lambert has let off some steam about his fellow Islanders.

Remi has blasted his co-stars Luca Bish and Jacques O'Neill as he claims they were "bullying" him both on and after the show.

After hearing the recent digs made by the pair about his rapping during an Instagram Live, Remi took to his own profile to rant about the duo.

Remi said: "@loveisland? I never joined their live so I didn’t comment actually. A fake account called remilamb0 did. Don’t know why these guys have such a problem with me, clearly got some serious issues they need to sort out.

"Everyone said I lied about the way I was treated in that villa, but this here is an example of what was going on whilst I was in there. Don’t know why they wasn’t kicked out for their behaviour, to be honest. It’s not banter, it’s clear signs of bullying.

"I wish everyone could see all of the crap I went through. There’s 24 hours in a day and yous only seen like about three to five 10 second clips of me out of the whole day, so you could never tell what was truly happening.